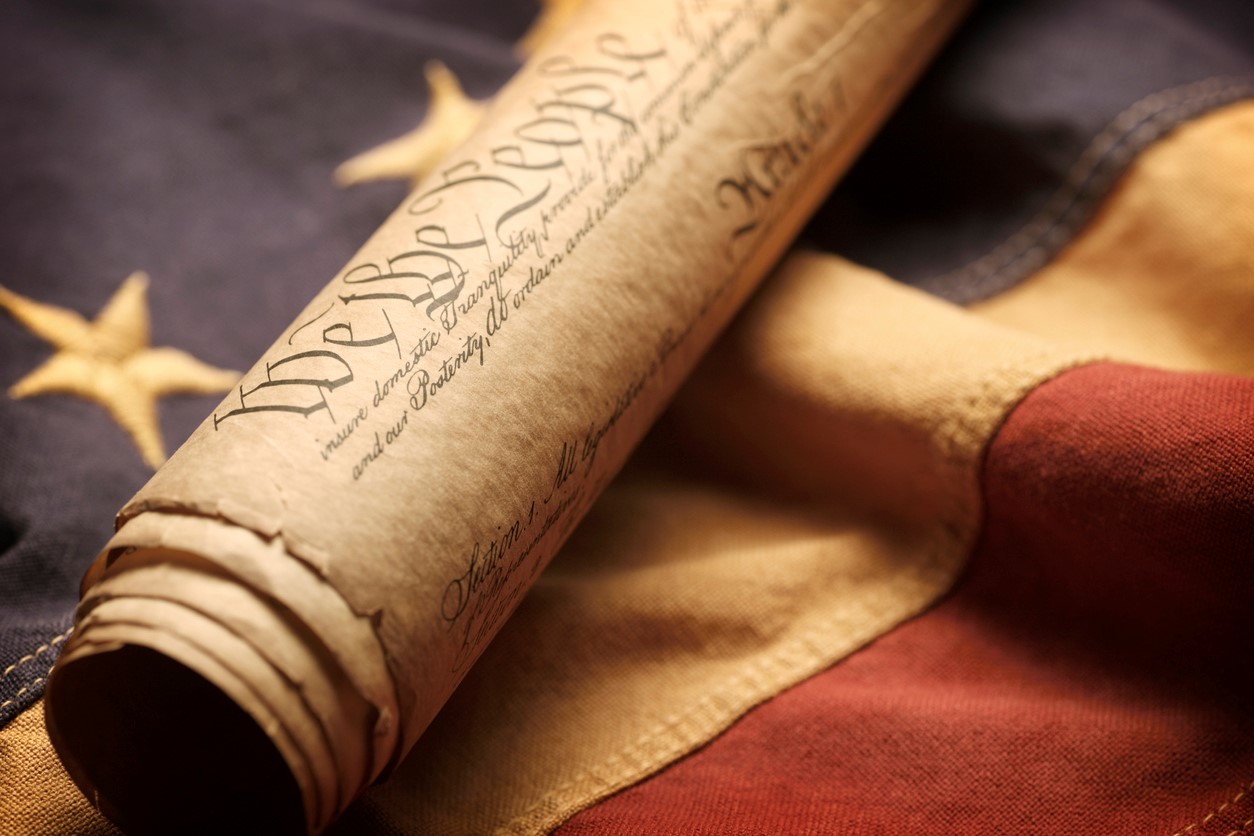 Do you love learning more about the Revolutionary War? Are you any kind of history buff? There’s so many places and destinations to visit between New York and Virginia that focus on all things Revolutionary War. In a very simple nutshell, the American Revolution took place between the years of 1775 and 1783 and gave us our independence from England. Here’s a list of our top five Revolutionary War destinations! 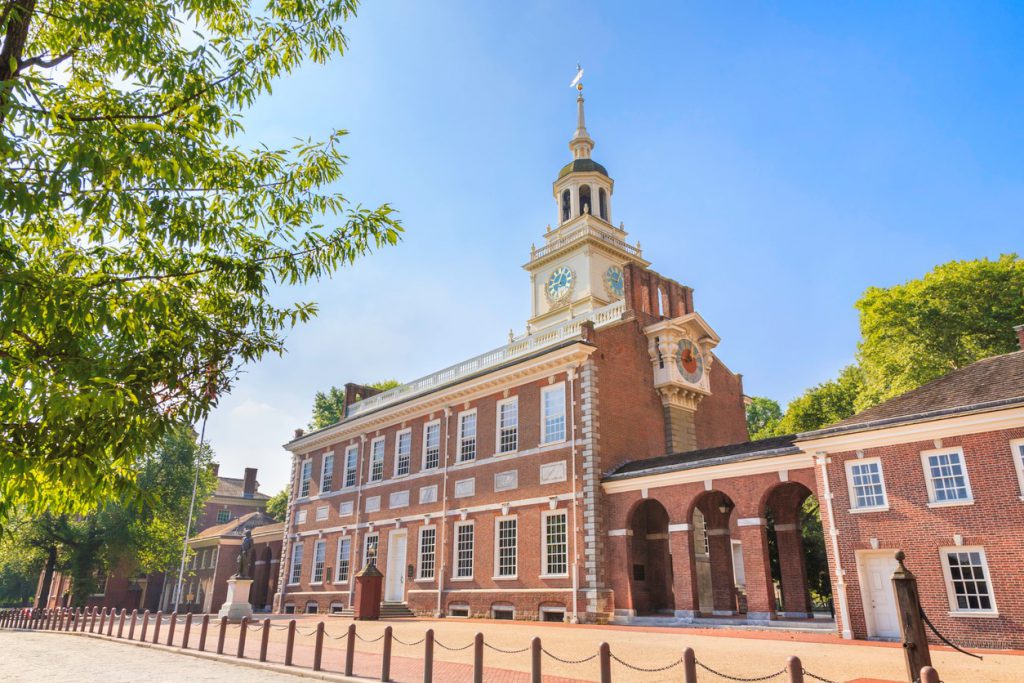 Located in Philadelphia, Pennsylvania, it’s a staple for any history buff. It’s thought of to be the birthplace of America. The Declaration of Independence and the U.S Constitution were both created and signed here. No wars or battles were fought here. No blood was spilt. It’s more the fact that Independence Hall holds the nation’s founding documents in the same original spot it was debated over, and the fact that it still influences lawmakers around the world to this day. Check out The Assembly Room where both documents were signed.

And of course you’ll have to see Liberty Bell, which is just right around the corner. Independence Hall is completely free to visit, although you can reserve your spot for $1.50 per ticket.

Want to learn about America’s first victory in the war? Head on up to Fort Ticonderoga in Ticonderoga, New York and learn about its role in the earlier French and Indian War. In 1755, the French military started a fort the overlooked the La Chute River. In 1758, the French garrison defeated a huge superior British army in a nasty battle. The next year, the British army succeeded in driving out the French from Ticonderoga and secured it for Britain for the next 16 years. Then in 1775, Americans took over the fort in what many people consider to be the first important win during the war.

Fort Ticonderoga is more than just a battlefield. It’s a place where different people have cultures have met. It was the border between the French and English, the English and Americans, and the Iroquoian and Algonquians. The cultures and human legacy is so rich and varied, and the military importance of the location made and destroyed reputations. Those who have passed through Ticonderoga are the ones who shaped America’s triumphs and tragedies and who continue to shape the United States today. Some of these people include William Howard Taft, Benjamin Franklin, Thomas Jefferson, George Washington and James Madison. 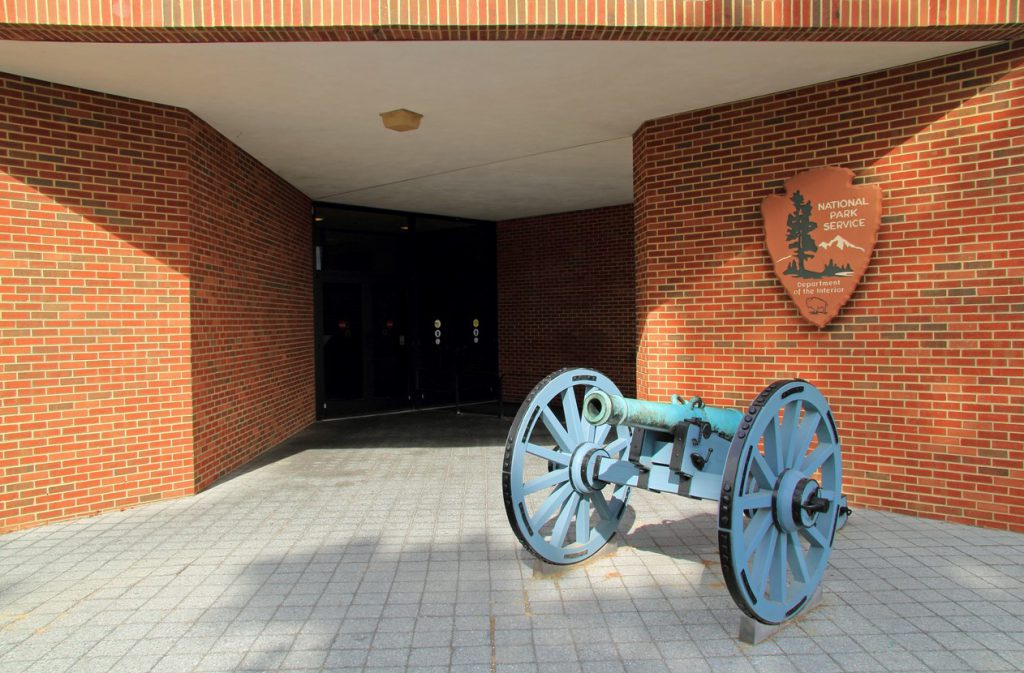 If you’re slightly obsessed with George Washington, you’ll be happy to know we chose the Yorktown Visitors Center to go on the list. Yorktown is where Washington’s Army and the French Army finally made British general Cornwallis give up, eventually ending the American Revolution. They’ve built the visitors center and a memorial right by the battlefield, so if you get the chance to go, take a minute to really soak up all the history the battlefield has to offer. The area sits along Colonial Parkway which connects Yorktown to Colonial Williamsburg and Jamestown, the earliest colonial settlement in the United States. 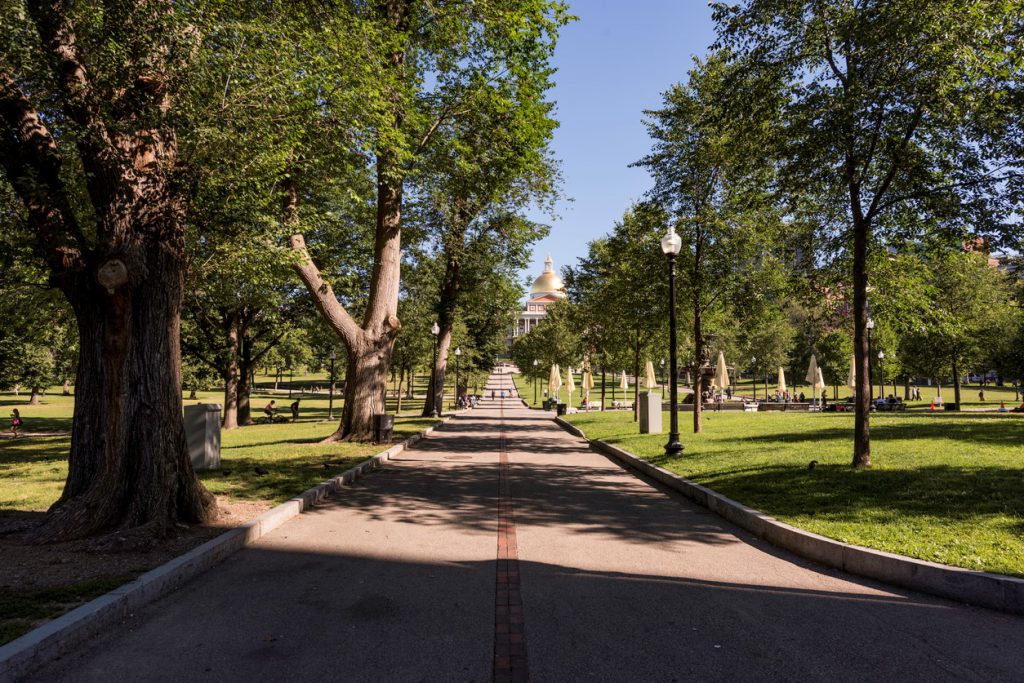 If you want to make the most out of your trip but only have time for one stop, hit up the Freedom Trail in Boston, Massachusetts. There’s the Freedom Trail, which is a 2.5 mile path that includes 16 sites that tie directly to the war and is a perfect starting to point to understanding the beginnings the revolution. It’s marked mostly with brick and winds between Boston Common all the way to Bunker Hill Monument in Charlestown. The National Park Service has a visitor’s center on the bottom floor of Faneuil Hill, where they offer tours, hand out free maps of the trail and other sites and even sell books about United States History. 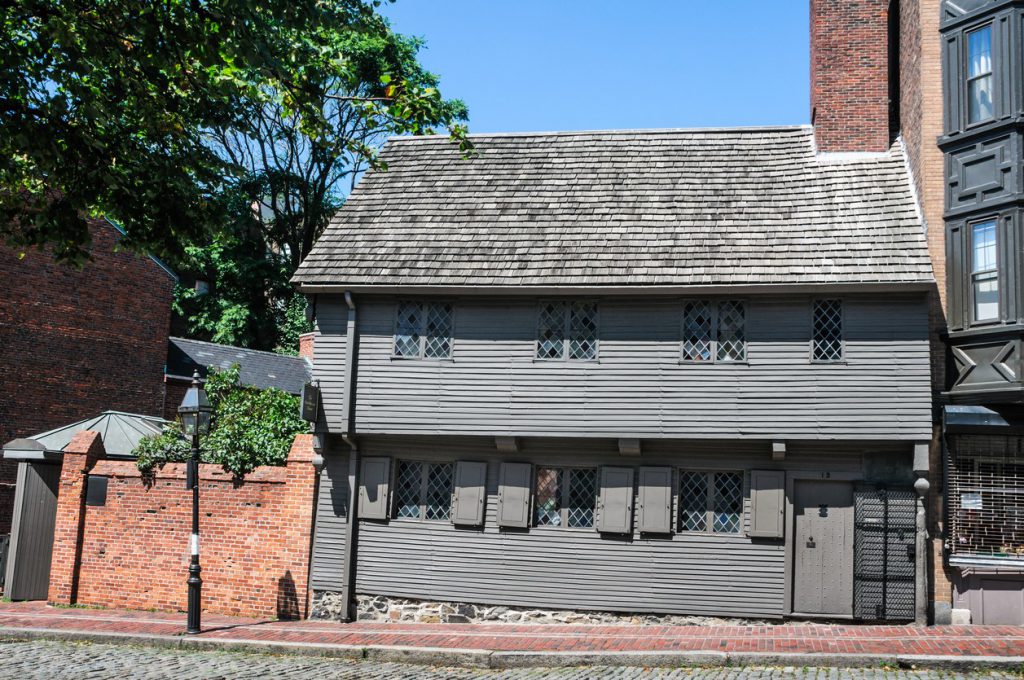 Though there are 16 sties total, most people opt for the Paul Revere House. Built in 1680, the three story house is the oldest in downtown Boston. Revere and his family lived in the house from 1770 to 1800. Though it’s had plenty of renovations thorough the centuries, most of the structure is still original. The two upstairs chambers have a few pieces of furniture that are said to have belonged to the Revere family! There’s also the Boston Common, a central public park. It’s the oldest city park in the United States, dating from 1634. During the war, though, it was used a camp by the British before they left for the Battle of Lexington and Concord. The first military battle of the revolution. A few other stops along the historic trail include; The Site of the Boston Massacre, Old North Church, Bunker Hill Monument and the Massachusetts State House. 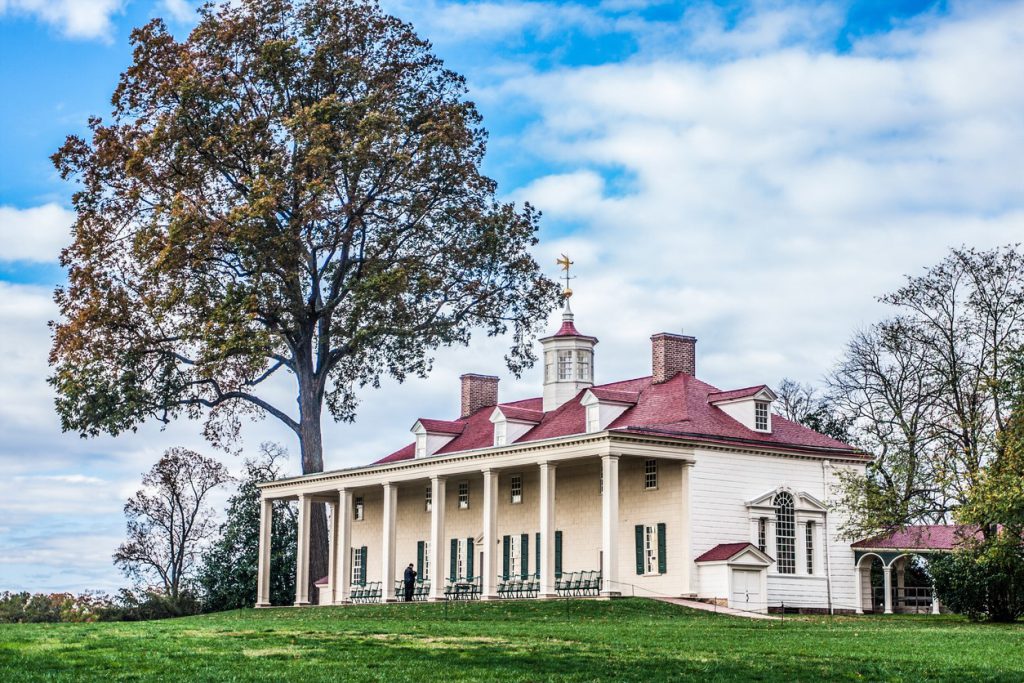 Last but not least, a well-rounded history lesson of the Revolutionary War wouldn’t be complete without a trip to Mount Vernon. Located in Mount Vernon, Virginia, the mansion is situated on about 7,6000 acres! The mansion being 11,000 square feet itself! His father Augustine began the construction in 1735 as a one and a half story house. George acquired the house in 1754. He kept adding on and expanding over the next 45 years into the 21-room mansion we can see today. George oversaw each renovation, evening during the war.

You might think it’s just a house, but the history and activities here are endless. George’s mind was never far from his gardens and farms. So soak up some Virginia sun and learn more about his Gardens and Landscapes. Then head over to The Tombs, where you can learn about George and Martha’s final resting place. And who knew about his distillery?! Turns out, George operated the largest distillery in the U.S. at the time. A few other stops at Mount Vernon include his Gristmill, the Museum and Education Center and the Slave Memorial.

When the Mount Vernon Ladies’ Association purchased the estate in the 1850s, only three objects of George and Martha remained. The rest of the mansion was empty! They began restoring the house right away and the work still continues. 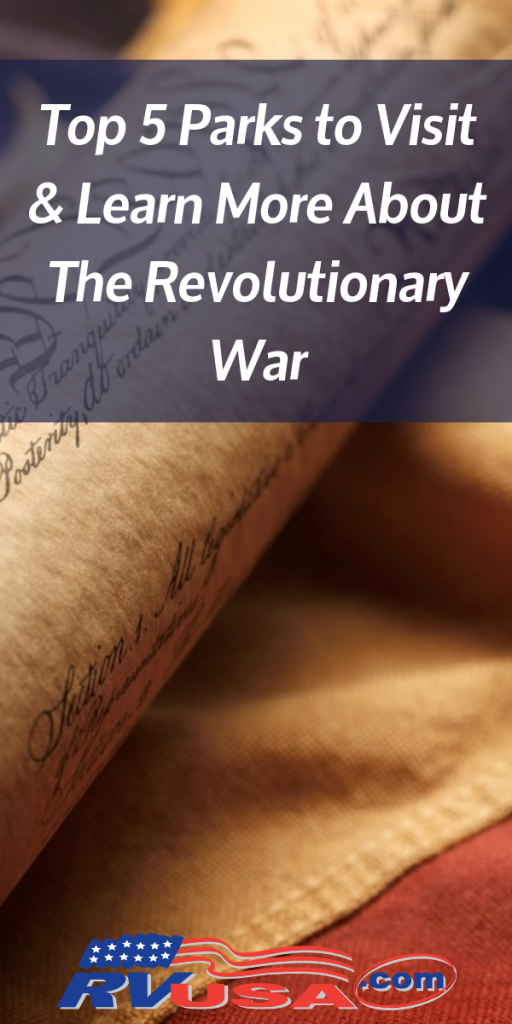 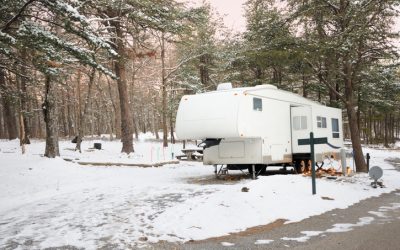