Pirate-Themed Travel Destinations You Can Reach Via Roadtrip!

Today (International Talk Like a Pirate Day) you can celebrate your love for all things pirate by learning how to talk like a pirate. Then hoist the Jolly Roger and plan yer next RV trip to one of these destinations!

One of the oldest cities in the United States has seen more than its fair share of pirates. In fact, much of what’s there today was built after the last sacking by pirates. The forts and fortifications were built to fight pirates!

When you visit, be sure to enjoy the cobblestone streets, quirky shops, palm tress, beaches, and lighthouse tours, then set your sights on these amazing pirate attractions: 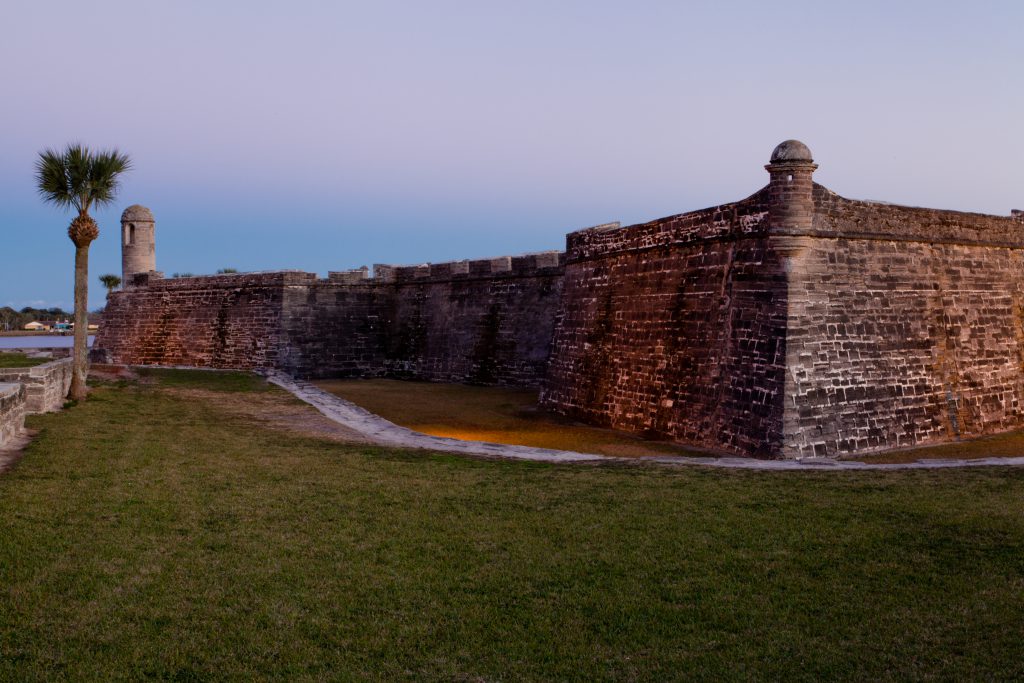 The Castillo is one of only two fortifications in the world built out of a semi-rare form of limestone called coquina. When you walk the outer walls, you’ll be able to see spots where the fort actually absorbed canon ball fire! During it’s early history, St. Augustine, built by the Spanish to protect it’s trade routes sending Mexican gold back to Spain, was protected from pirates and privateers by the Castillo de San Marcos. Be sure to stick around for the daily live cannon firing demonstrations.

Across the street from the Castillo, you’ll find a lively and educational museum dedicated to telling the other side of the story. Here you’ll learn about Sir Francis Drake and Robert Searles and their unique history with St Augustine. You’ll also find artifacts and hands-on exhibits perfect for kids (and kids at heart).

Jean Lafitte was an infamous privateer and smuggler who also heroically fought for the United States in defense of New Orleans during the War of 1812. Headquartered in New Orleans, Louisiana, this unique historical preserve offers a wide variety of attractions and tours for pirate-lovers and history buffs alike, and Jean Lafitte’s six sites are scattered across south Louisiana.

From 1810 to 1814, Lafitte and his brother formed an illicit colony of smugglers and pirates on the secluded islands of Barataria Bay, a vital approach to the city of New Orleans. Explore the many paths and visitors centers to learn about the wildlife and history of the area.

The Town of John Lafitte

Tour the mysterious swamps and bayous where Lafitte and his men operated, enjoy local creole cuisine, and then visit Lafitte’s Barataria Museum to take a journey through the life of Jean Lafitte.

Ocracoke Island is where the infamous pirate, Blackbeard (Edward Teach) met his end. And while he was certainly not the only pirate to make his name in the waterways around the Outer Banks and Ocracoke Inlet, Blackbeard was one of the most frequent and notorious visitors to the island. He even briefly lived next door to the Governor himself! There are many places pirate-lovers will want to visit in the area: 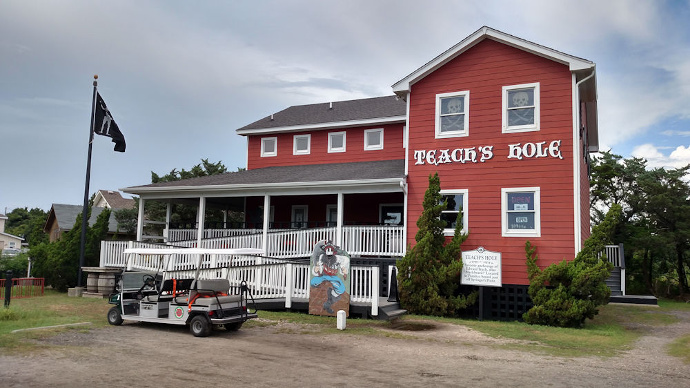 A fun combination museum, roadside attraction and gift shop, this should be your first stop!

Home to Blackbeard’s infamous wild pirate parties, you can now visit the beautiful natural preserve (and catch a glimpse of Teach’s Hole, the waters where Blackbeard met his demise).

Which includes not only exhibits about Ocracoke’s pirate past, but a wealth of historic exhibits of days gone by.

Take a day trip to nearby Beaufort to learn even more about the Outer Bank’s maritime past, and to find artifacts from Blackbeard’s “Queen Anne’s Revenge.”

There are quite a few places in Florida where pirate history is on display, but few are as fun as Fernandina Beach in May, during their Isle of Eight Flags Shrimp Festival. You can watch pirates “invade” during the festival, join the Pirates Parade, Little Pirates Contest and more. Check out one of many walking or Trolley tours while you visit (year-round) for an in-depth history lesson, and be sure to stop by the Amelia Island Museum of History. 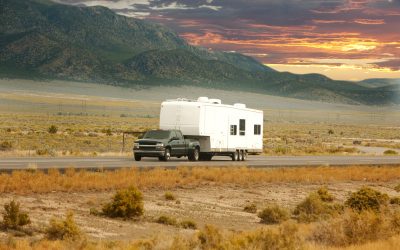 How Much Does Full Time RV Living Cost? A Monthly Breakdown

The reality of how much full-time RV living costs If you’ve dabbled in RVing, there’s a chance the thought of full-time RVing has crossed your mind. You enjoy vacationing in your...

END_OF_DOCUMENT_TOKEN_TO_BE_REPLACED 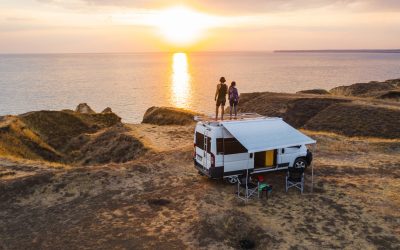 How Much Does Van Life Cost? A Monthly Breakdown

The reality of how much living van life costs You’ve seen the dreamy Instagram photos: a fit, trendy couple sitting on the edge of their camper van bed, overlooking a stunning...

END_OF_DOCUMENT_TOKEN_TO_BE_REPLACED 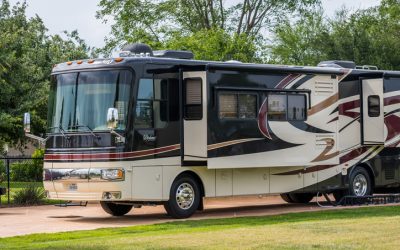 The world of travel has seen some rather significant changes within the past year – none of which were ever expected. Because of this, the RV industry is set up for substantial...