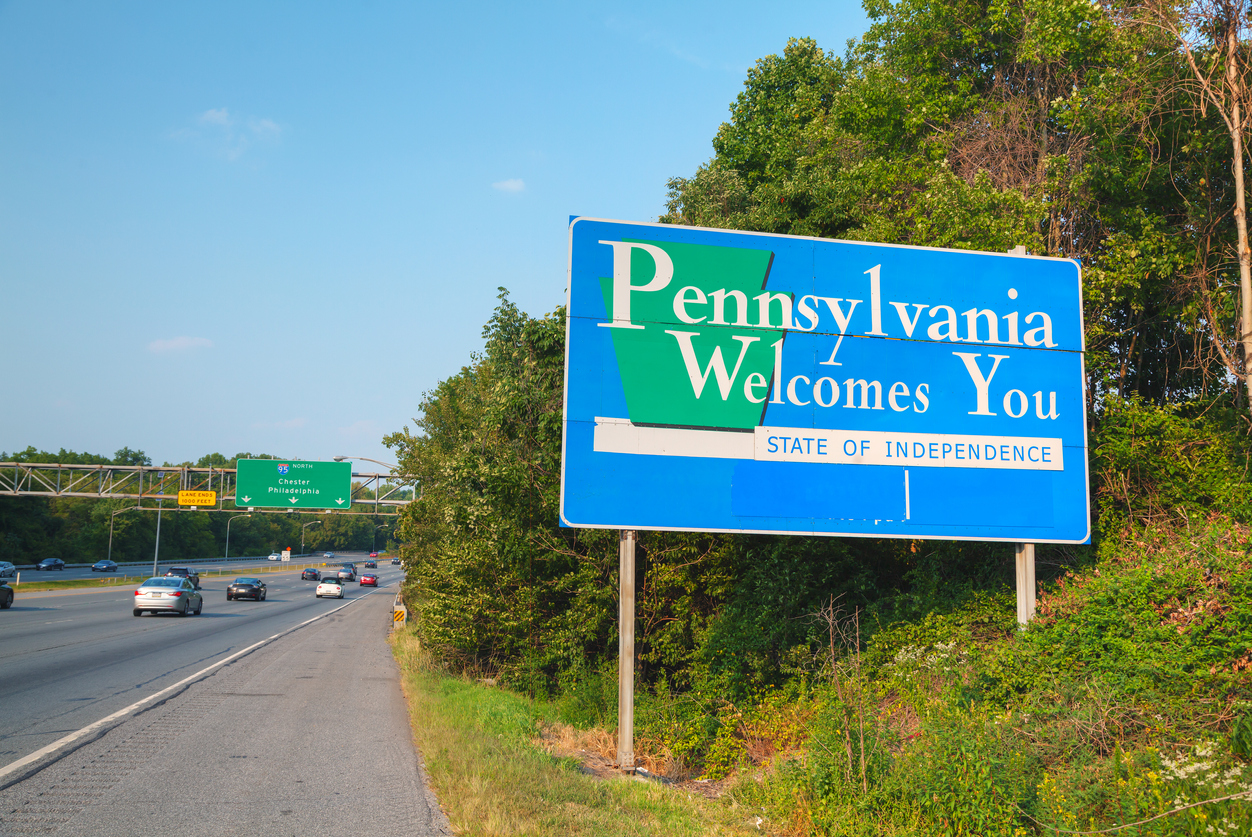 When most people think of Pennsylvania, they think of Rocky, the Phillies, the Fresh Prince of Bel Air and maybe even the prankster Bam Margera. But what you might now know is that the state is home to the alleged gate to hell, Edgar Allen Poe’s house, and even the very famous Frank Lloyd Wright’s modern house. Whether Pennsylvania is your destination or you’re just traveling through, attempt to make it a point to stop at one of the little-known travel destinations. You won’t be disappointed! 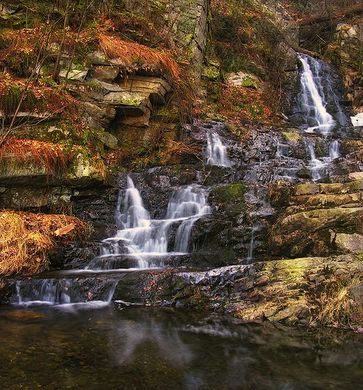 Hellam Township was founded in 1739 and has lots of amazing forestry, lakes, wildlife and waterfalls, but the residents of the town are less than thrilled about the idea of a supposed entrance to hell in the area. It’s said that the only way to view the first gate is by daylight, and it lies on private land off of Trout Run Road. Other gates are said to be seen only by nightfall in a quiet, wooded corner of the township. Passing through all seven gates will earn you a ticket straight to hell, and it’s said that no one has been past five and returned to tell us about the experience. Though the town disputes these rumors and call them nonsense, Hellam still has its fair share of hell seekers, along with several satanic cults who like to meet there occasionally. 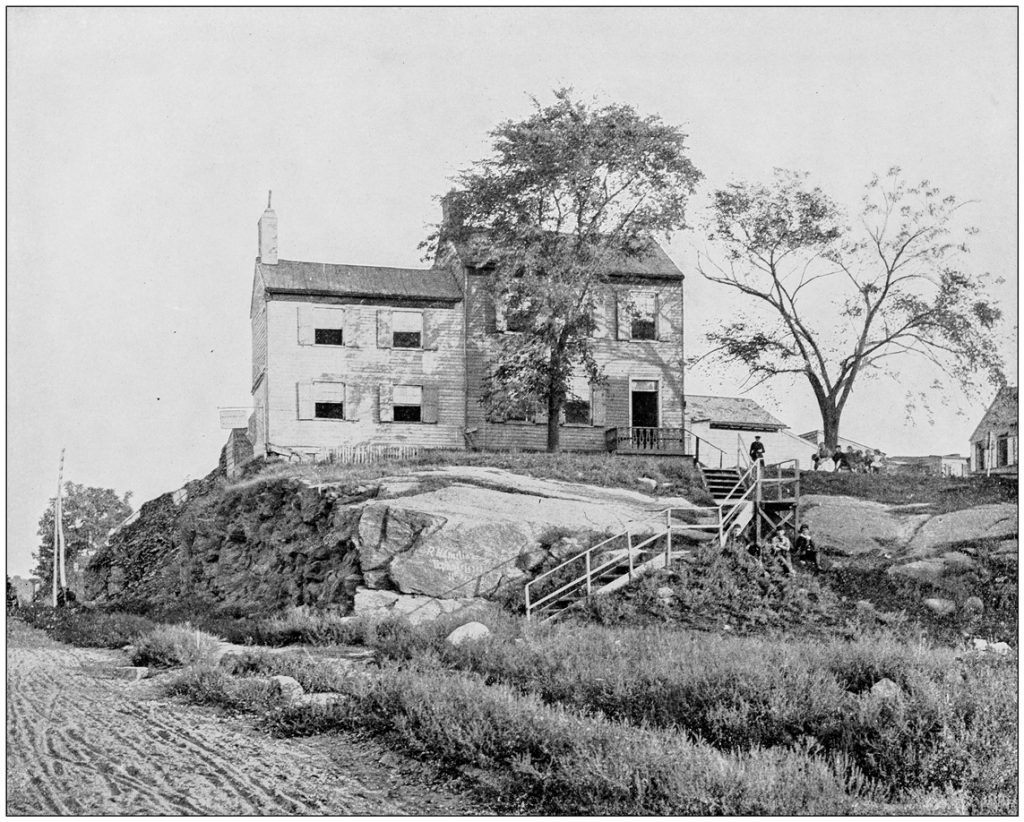 Though he only dwelled here for a year, the memory is still alive and well of one of America’s greatest poets. Edgar Allen Poe lived in the house with his wife and mother-in-law from 1843 to 1844. Most might think that a year isn’t long enough to be significant, and it’s normally not, but these twelve months were the most important for Poe. It was here he penned two of his famous stories “The Tell-Tale Heart” and “The Gold Bug.” A huge fan of Poe bought the house about a century after him and his family moved out and opened it as a museum. It was Philadelphia’s responsibility after his death, then the National Historic Site was born. Tours of the house venture into the basement where many think his story “The Black Cat” was inspired by. 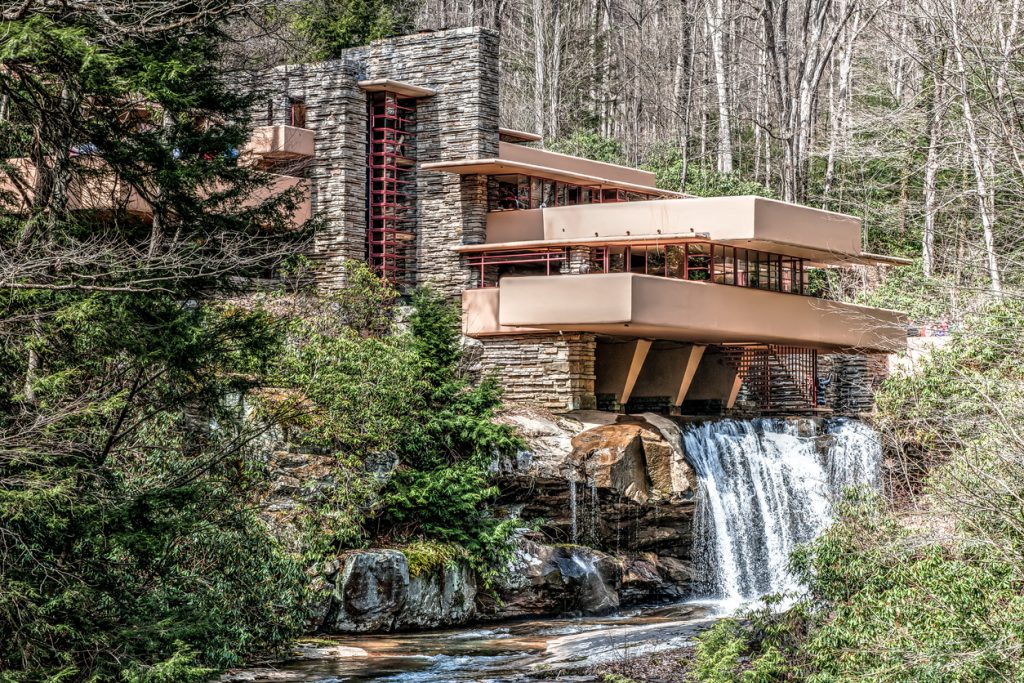 Designed by architect Frank Lloyd Wright in 1935, Fallingwater, or the Kaufmann Residence, is probably one of the most famous private homes. The house took a total of $155,000 to finish and Wright instantly became an icon after its completion. This kind of money may not seem like a lot for a house these days, but remember: this was in 1935! It’s listed on Smithsonian’s Life List of 28 places “to visit before you die.” It was designated a National Historic Landmark in 1966 and was named the “best all-time work of American architecture” in 1991. The awards never end!

The house was moved into by the Kauffman family as a summer house, but there was a practicality problem: Water was dripping in more than 50 areas in the house. Lloyd told the family to put a water bucket under each spot. The problem continues today and the Kauffman’s still do as Wright originally instructed. 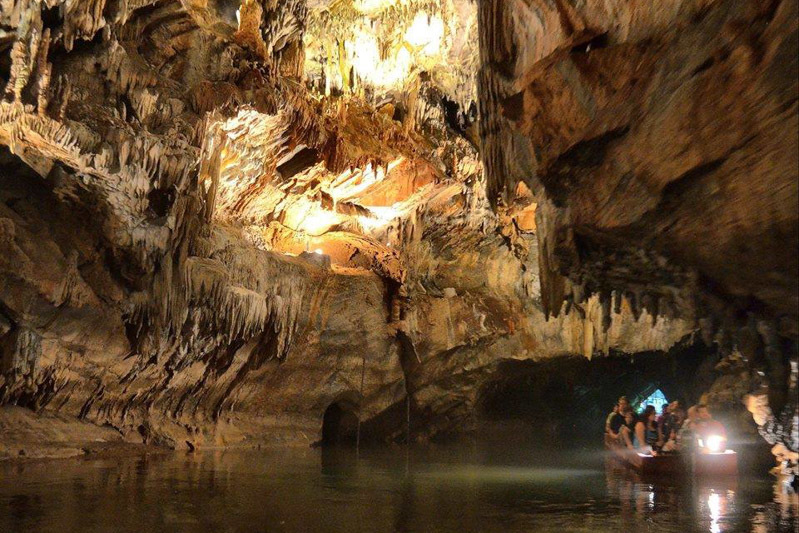 Boats carry visitors all through Penn’s Cave, a quarter-mile waterway with intricate limestone formations and a bat colony, all right below a busy, working farm. It began as a show cave in 1885. Tours use boats to cross the waterway into a cave with ceilings that go 55 feet high above the water. Tour goers will have to duck their heads in some parts of the tour to watch for low areas and sleeping bats! Penn’s Cave also has the working farm so visitors can catch a glimpse of the cows grazing the grass nearby in the pasture or see blooming sunflower fields once they check out the sights in the cave. 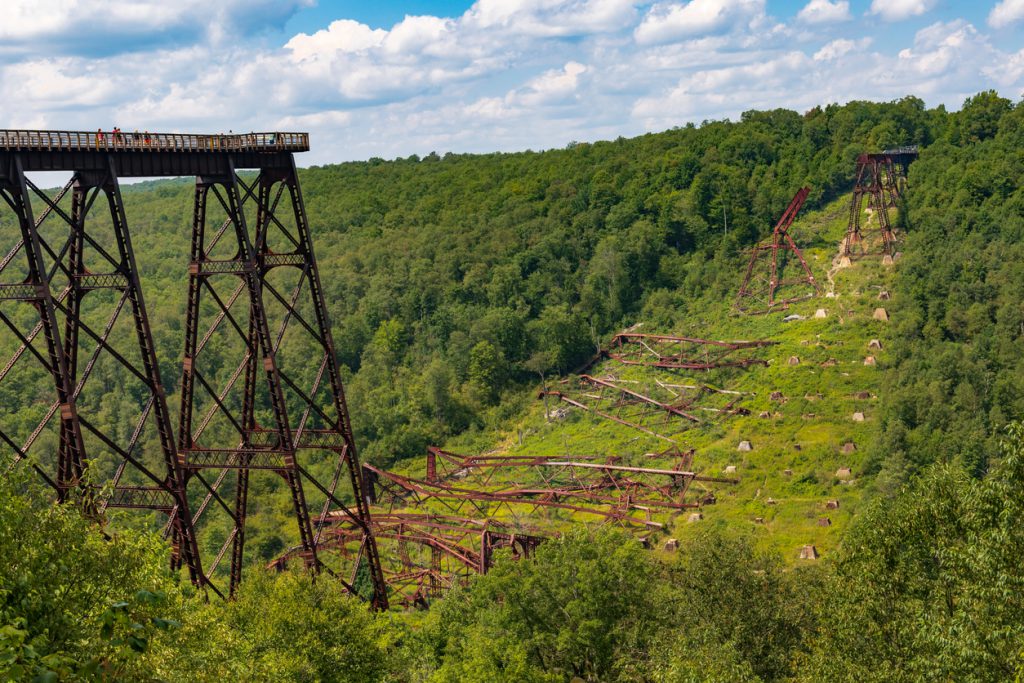 The original viaduct of the bridge was about 301 feet high and 2,053 feet long, making Kinzua Bridge the world’s longest bridge at the time. Once called the “Eighth Wonder of the World,” day visitors would come on trains as far away as Buffalo, New York to wonder at the amazing construction. The bridge was rebuilt in 1900 using much stronger materials to accommodate heavy freight trains. Inspectors closed the bridge in 2002 due to less usage. Restoration began immediately to the beloved landmark, but too soon an F1 tornado came through with winds around 94 mph and struck the side of the Kinzua viaduct. To fully prepare the bridge would’ve ran the state of Pennsylvania $45 million. They chose to leave the bridge in its half-restored condition. 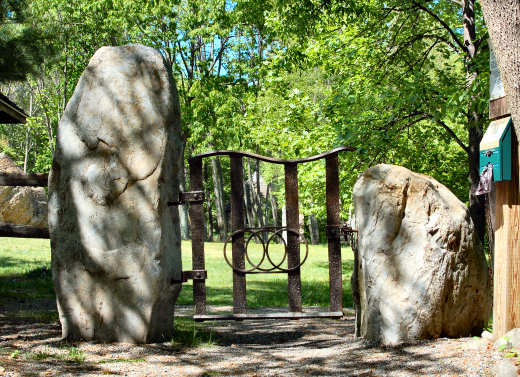 Based on the Irish isle of Iona and its old Celtic Stones, the park has been covered in rings, rows and structures created with massive rocks. The founder of the park, Bill Cohea, visited the Irish Isle and was completely amazed by the beautiful, ancient setup, feeling that it held a peaceful, healing property. He chose to create the same site here in the states in 1978. The park today displays over 90 stone settings with awesome names like Thor’s Gate and Glen of the Temple.Some claim the rocks truly do hold healing powers. 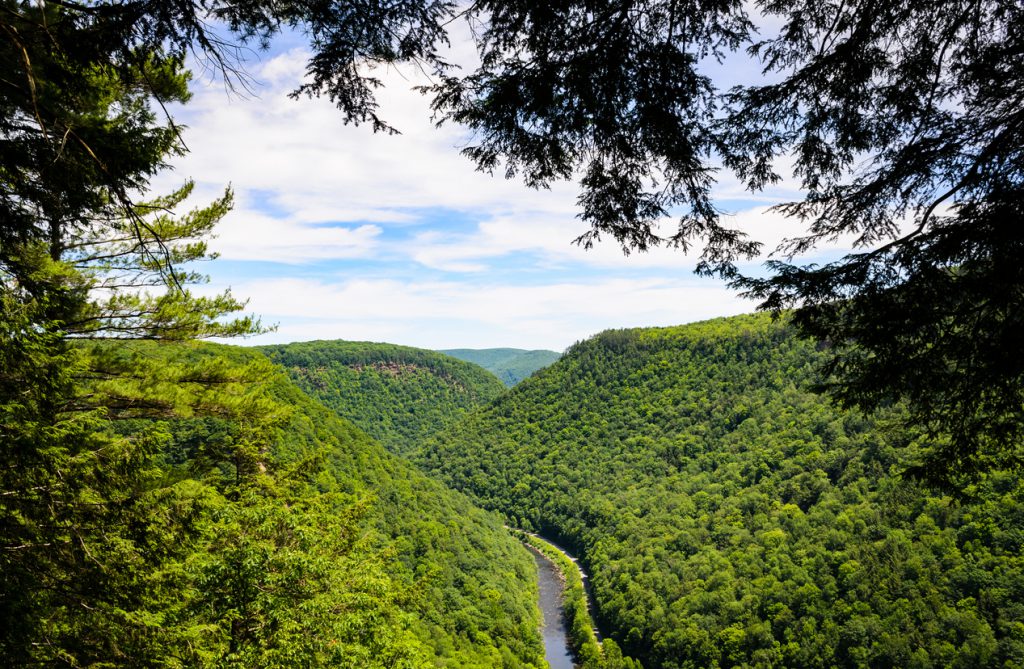 Today, Pennsylvania’s Pine Creek Gorge is sometimes called “The Grand Canyon of Pennsylvania,” but in the early 20thcentury, the area was so clear-cut of trees that it was called “The Pennsylvania Desert.” The Gorge is a 47-mile long, 1,000-feet deep valley that stretches from Wellsboro to Waterville. At the early part of the 20thcentury, humans searched forests for lumber. The hemlock, white pine and hardwoods were appealing for the needs of the country, and the forests were scraped of their wood and left bare. Fires consumed what little was left. The forest eventually grew back to its original glory, allowing for picturesque views of fall foliage. The wildlife has returned, trails for hiking are available and harvest are managed by the best. 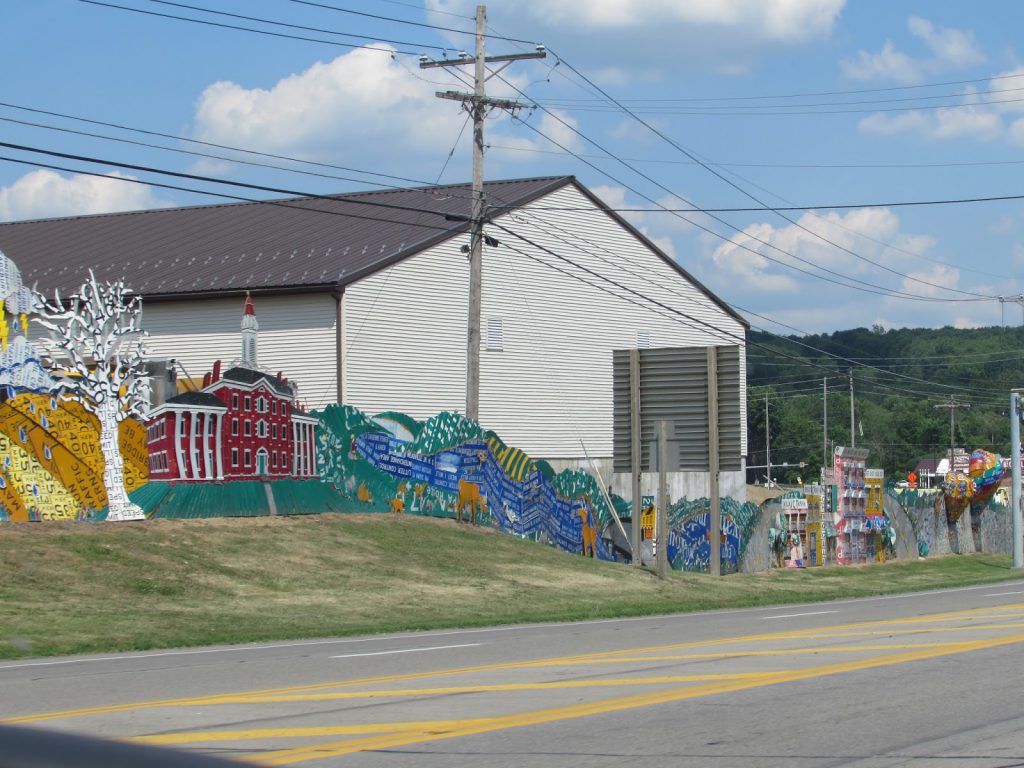 Also known as “Read Between the Signs,” this road sign sculpture garden was made when art students from a nearby college teamed up with DoT employees who knew where some extra road signs were. The results yielded a unique, random portrayal of recycled metal. Passersby can expect to see all kinds of signs from blue hospital signs, red stop signs, and white junction signs. There’s also shapes made from the signs, like turkeys, oil wells and hot air balloons.

What are your favorite destinations in Pennsylvania? Let us know in the comments! 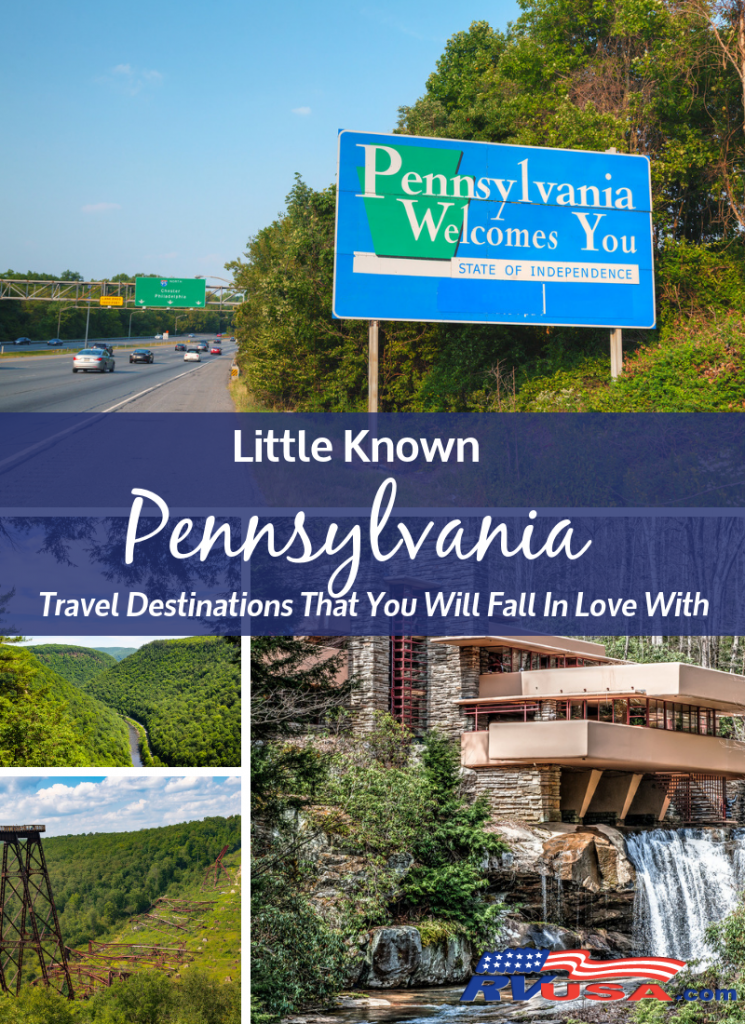