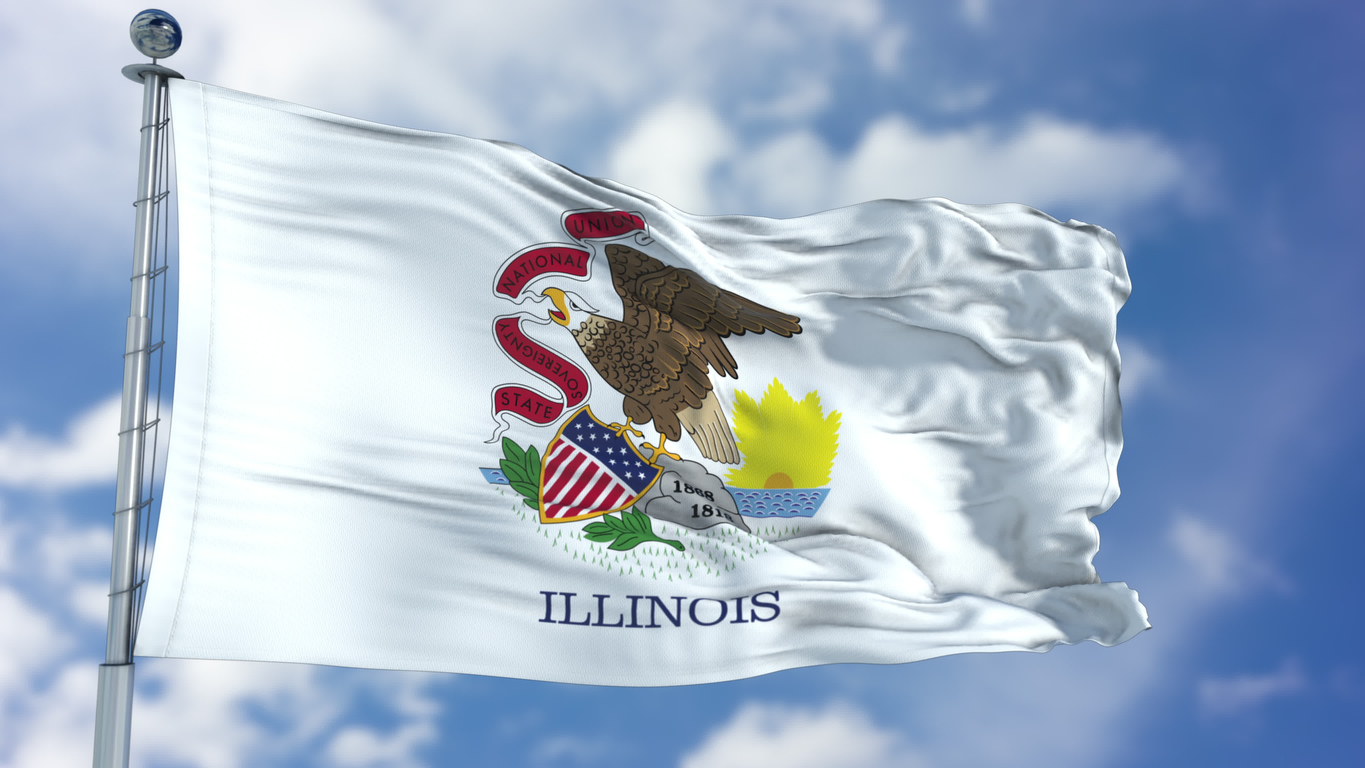 Illinois is home to the world’s tallest church, Ernest Hemingway’s birthplace, Abraham Lincoln’s Tomb and an Underground Railroad location. There are a few other off the beaten path destinations that you may want to stop by if you’re traveling through the state. Keep reading for some of our favorites! 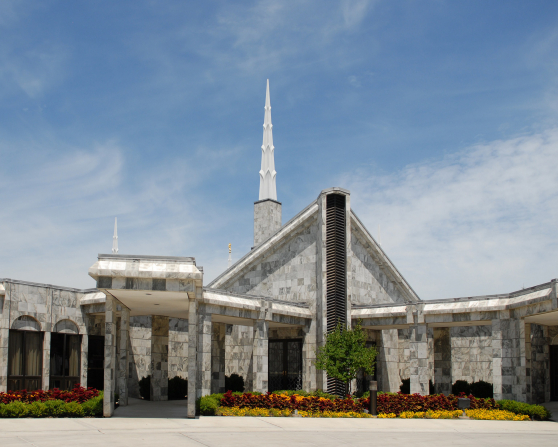 Chances are, if you’re traveling to Illinois, you’ll be stopping in Chicago. Once you start walking through the streets, look up! Right between Dearborn and Clark, you’ll catch a glimpse of the world’s tallest church. Dating all the way back to 1831, the First United Methodist Church of Chicago is the city’s oldest church. We know what you’re thinking. Why is there a church in the middle of downtown? Well, after World War I, the First United Methodist Church was advised to move to the suburbs to avoid a more expensive site. They were committed to staying in the city and they stood their ground. The building has 21 floors and reaches to 568 feet with a church spire at the top. The Sky Chapel has worship three times a week and free tours are offered daily. 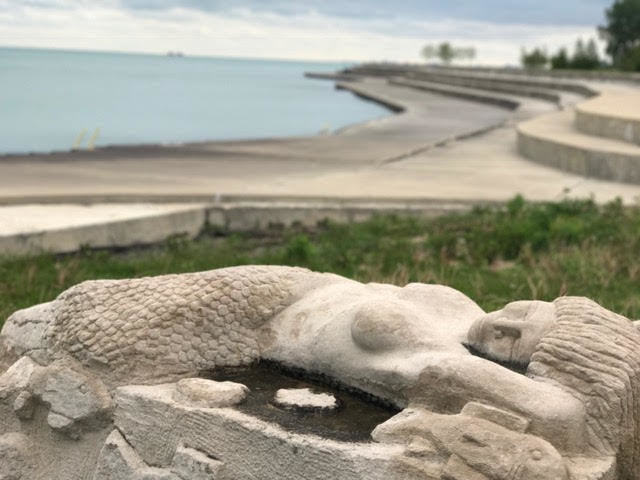 In 1986, four sculptures chose to sculpt and hide a mermaid right along the Chicago lakefront. Now the permanent stone lady is a fixture along the waterfront. The artists searched for a secret spot by the water in Burnham Park and spent nine days and nights quietly carving the mermaid. Though they had multiple visits by the police throughout their process, they were still able to complete their art without and major issues. The sculpture’s location was revealed by the U.S. Army Corps of Engineers during a shoreline revetment restoration in 2000. The park district put the piece into storage in 2004, but a group of students worked to have it restored and brought back out in 2007. It currently resides in Oakwood Beach.

In the early 1990s, a couple of DJs at the University of Chicago’s radio station had an idea. They loved searching the South Side for “dusties,” or old 45s and LPs from the city’s soul days and playing them at the radio station and parties, so they thought they’d make some extra cash by re-selling their finds to other musicians. Their ways eventually turned incredibly profitable for them, and to this day Dusty Groove is internationally known for having the rarest and most wide range of jazz, vintage blues, hip hop, soundtracks and many other genres.

The store is a must for any vinyl lovers, and while their merchandise isn’t cheap, the charge seems sensible for the experience visitors receive. 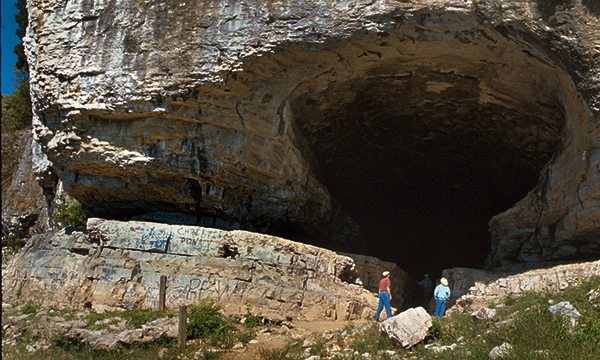 Located in an Illinois state park, Cave-In-Rock is a rather tranquil public park feature. It also has a history of gambling, prostitution, piracy, murder and general wrongdoing. The 55-foot-wide cave rests on the bank of the Ohio River and gets its name from the explorer who found it in 1739. Right after it was discovered, the cave became an immediate spot for all kinds of evil. There is even a legend that Jesse James and his group took refuge there at one point.

Today, the cave is empty in the Cave-In-Rock State Park. Visitors can still explore the cave and imagine what it was like to be a dirty pirate. 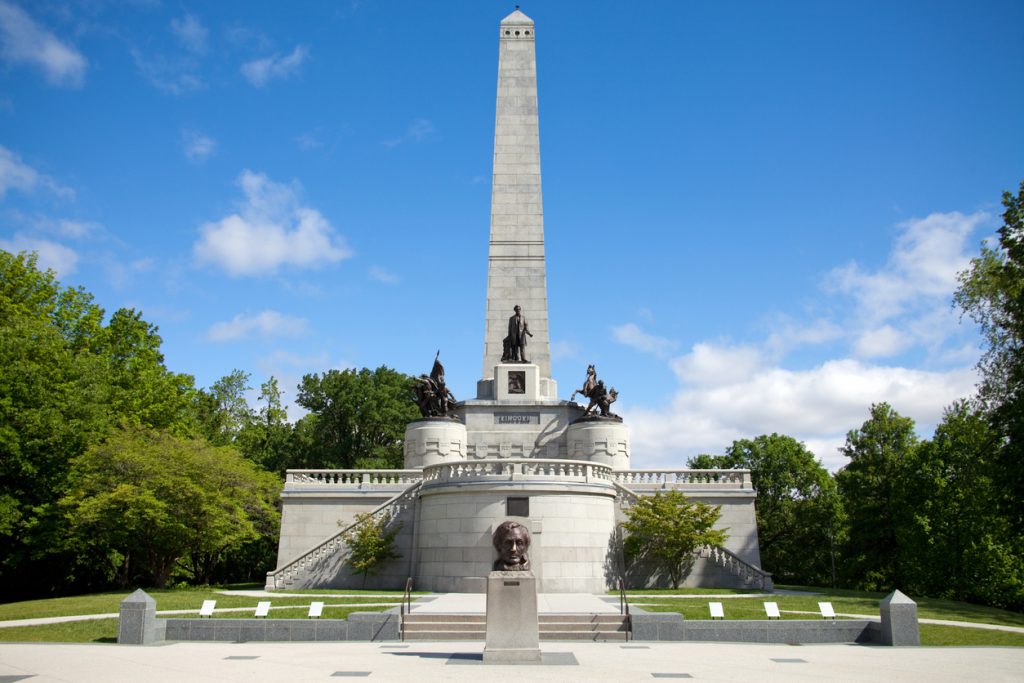 Yet another monument for the 16th president, the Lincoln Tomb is Springfield, Illinois is a massive, amazing piece of work. Finished in 1874, the tomb contains a large middle tower atop the mausoleum building that is home to Abraham Lincoln’s remains. At the foot of the tomb is a large bronze replica of the president’s head, cast from the bronze statue at the capitol. Visitors have taken the liberty to rub the nose of Lincoln for good luck, giving it its golden color. You can enter to tomb to take a look at the coffin, but it’s best to keep the good luck rub to the nose. 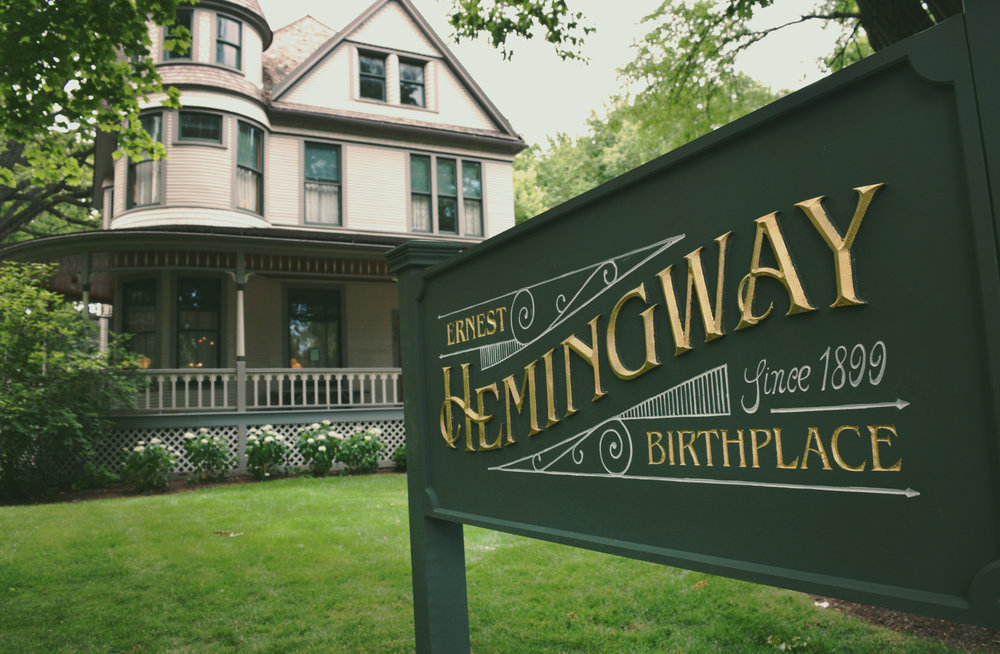 In a near west suburb of Chicago is Oak Park, the birthplace of the Victorian writer, Ernest Hemingway. His house has been turned into a museum. Since he didn’t spend much time there, the tour of the birth house tends to focus more on his roots. The home was purchased by the Ernest Hemingway Foundation of Oak Park and 1992 then re-dedicated in 2001 after restoring it to what it looked like when he was living there. There’s also a Hemingway Museum which is down the road from his birthplace. It’s full of photos, memorabilia and has a bookstore in which you’ll find all things Hemingway, like shirts and books. 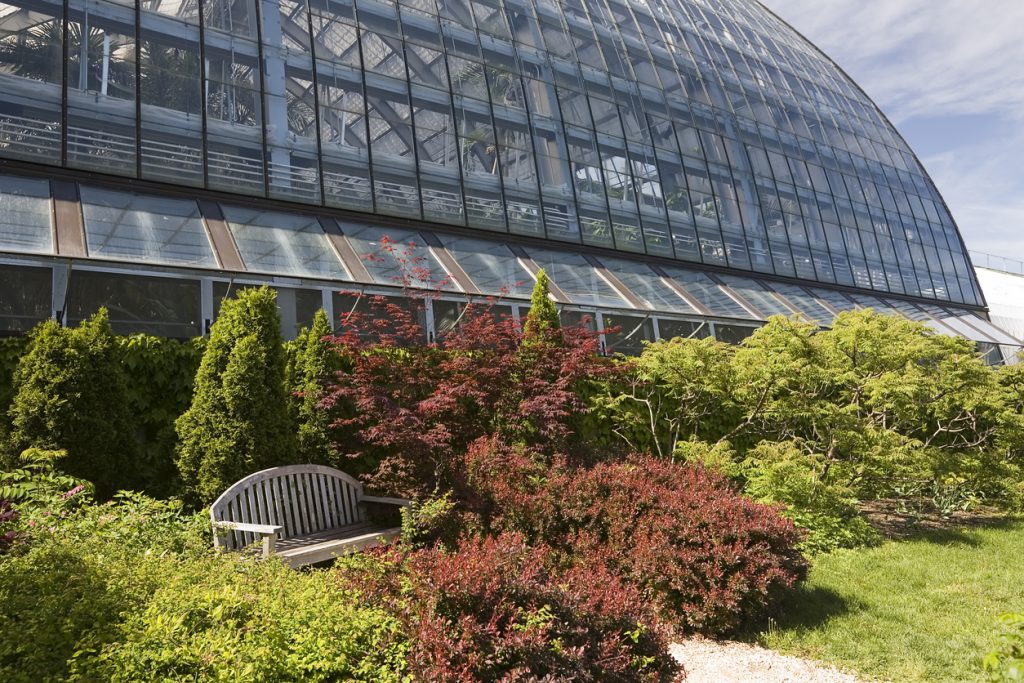 In need of a bit of fresh air? Head to the Garfield Park Conservatory in Chicago for the right place to breathe easy and take a look at the world’s finest flora. The community-run conservatory contains tons of different gardens and even study spaces and artists collections. Different plants are brought in each year and arranged in unique ways, all of which are grown on site. The conservatory holds light shows for each garden that is connected to the nature of the plant and it shows how light affects plant anatomy. The place is open 365 days a year and has 30 exhibits at any given time. Once you get in touch with nature here, you’ll keep coming back for more!

The Fountain of Time 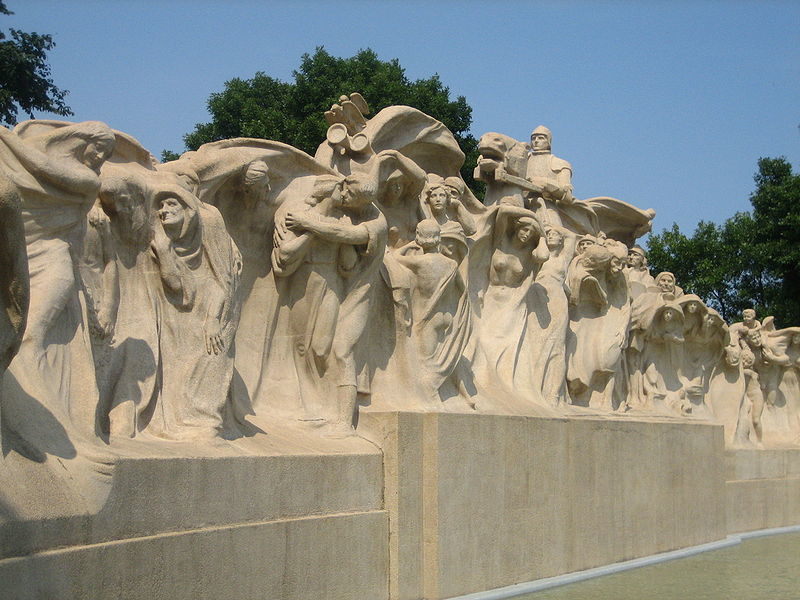 This solemn arts project, called the Fountain of Time, has been reminding people for over a century that their time on Earth is quite limited. The Fountain of Time was dedicated in 1922. It shows 100 human figures of all ages and backgrounds, from infants to the elderly, soldiers to schoolchildren. All are being watched over by Father Time who is hooded. Not only does this project remind us of our mortality, but it is also a memorial for the first 100 years of peace between the United States and Great Britain following the War of 1812. 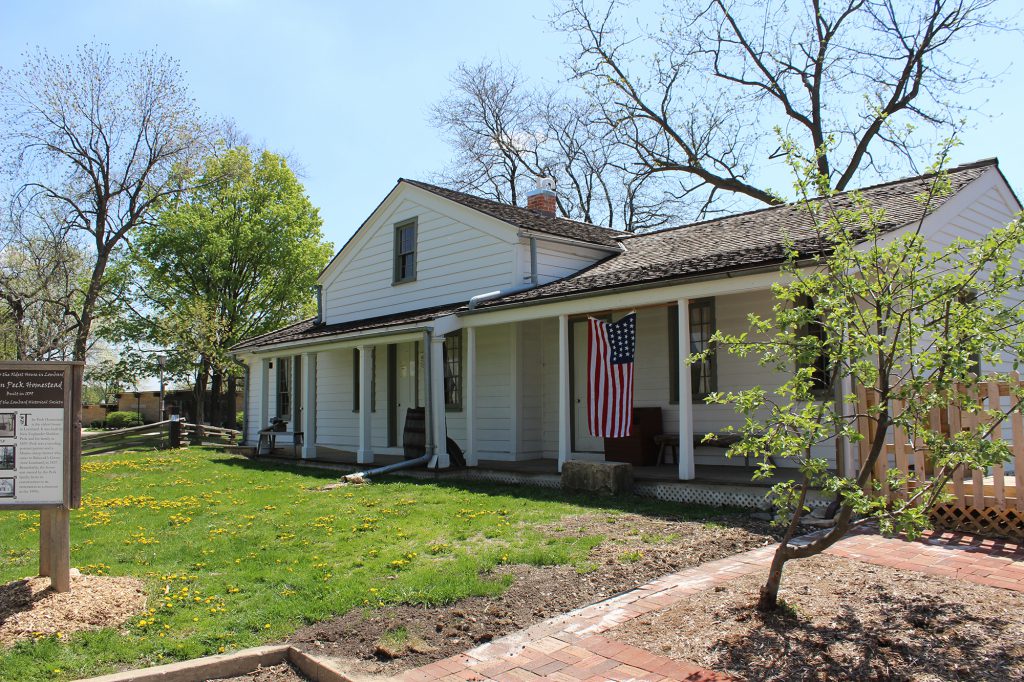 Also known as the oldest house in Lombard, Illinois. The Sheldon Peck Homestead was home to the folk artist who help several slaves find their way to freedom using the Underground Railroad. The self-taught portraitist was widely known as a radical abolitionist. He held lots of anti-slavery meetings in the homestead. His family owned the house up until 1999 when it was turned into a public museum. In 2011, the National Park Service inducted the home into the Network to Freedom and deemed it one of the many verified Underground Railroad location.

What are your favorite Illinois destinations? Let us know in the comments!