Little Known Destinations in Virginia and What To Do There 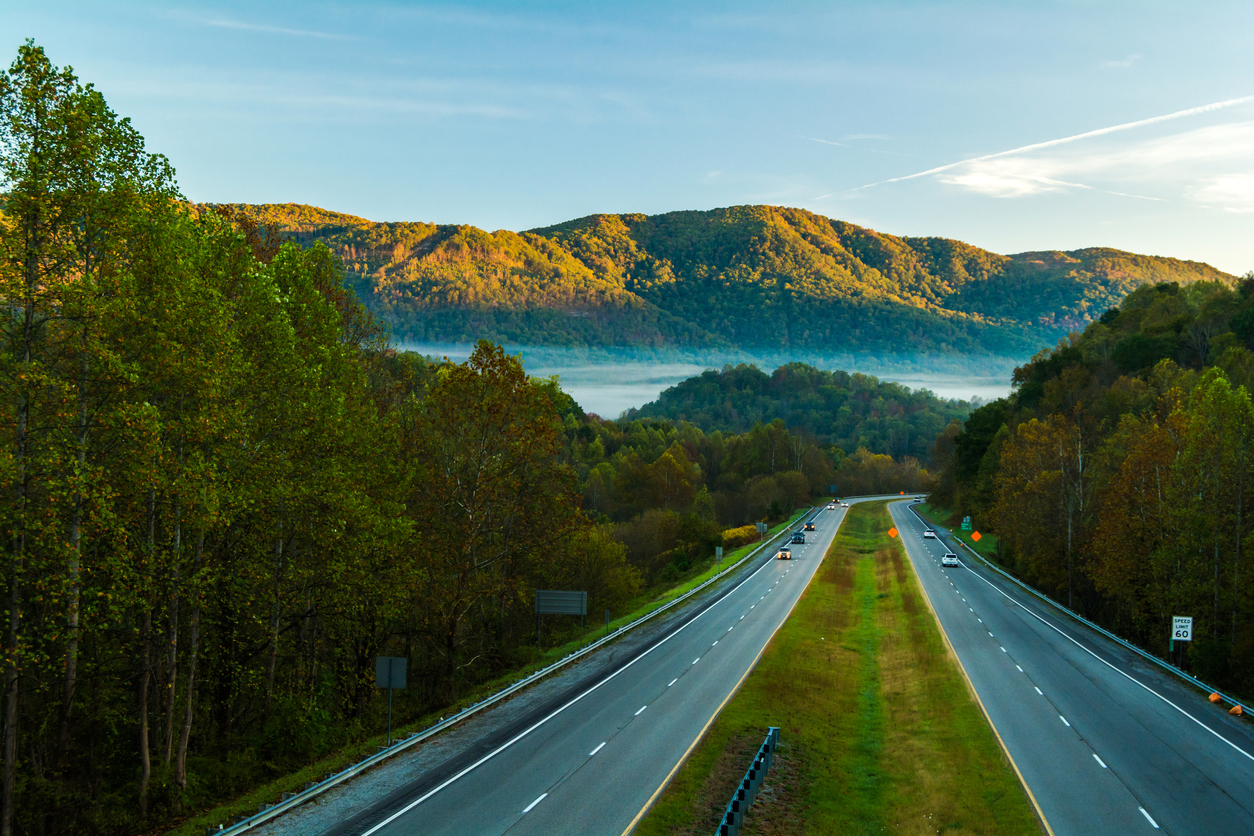 When most Americans think of Virginia, they probably think of Jamestown, colonies or maybe even Virginia Tech Hokies. Sure, you can visit the popular sites like Williamsburg or Virginia Beach, but there are so many off the beaten path destinations that just as intriguing. Things like an oversized kaleidoscope and Edgar Allen Poe’s old Dorm room are only a few of the destinations, but the list in endless! Here, we’ve listed a few of our favorites and we hope you’ll visit them one day, too.

Have you been to any of these little known destinations? Let us know in the comments! 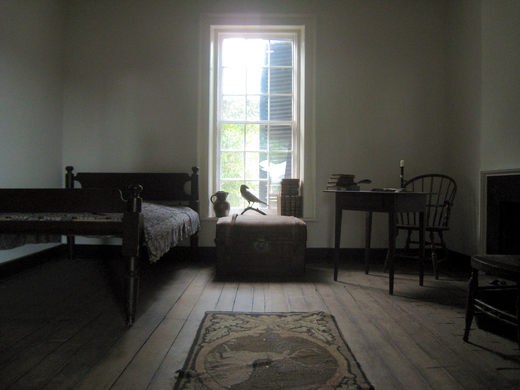 If you’re a huge Literature fan, (or even a minor fan) you’ll have to check out The Raven Room in Charlottesville, Virginia. Though Edgar Allan Poe only studied at the University of Virginia for a year in 1826, his dorm room has been preserved by a small group of students. The perfectly numbered dorm 12 West Range is now more popularly known as The Raven Room. In 1924, it was remodeled to its condition just like it was for Poe himself by an architecture professor who was also a member of the exclusive Raven Society. The group started in 1904 to honor outstanding students and faculty and they even maintain the room to this day. Visitors will find a settee from one of Poe’s real homes, a writing desk and, naturally, a stuffed raven atop the window sill. They can view the room through a glass door while listening to a recording about his life.

What’s so cool about this place is that the Raven Society uses the room to initiate new members during secret midnight meetings. Though we aren’t sure, but Poe would’ve more than likely approved of the initiations!

So you really love Edgar Allan Poe? Take a trip to Richmond, Virginia where the Edgar Allan Poe Museum is located and ogle at the impressive collection of letters and manuscripts from the author.

You’ll only reach the highest point in Virginia if you pass through ponies and flowers! At 5,729 feet, Mount Rogers awaits hiking enthusiasts who love a good challenge but who also love to reward themselves with immaculate forest. The mountain is named after William Barton Rogers, Virginia’s first State Geologist. The typical route of the summit starts from the parking lot in Massie Gap and goes four miles up, mostly along the Appalachian Trail.

At the beginning of the trail, visitors have the perfect opportunity to see the famous Shetland ponies. They are kept at around 120 ponies and keep the wild grass at a reasonable height. They are really comfortable around humans and may even approach you! The trail also runs through Rhododendron Gap with some amazing views of flowering bushes before you get to the Mount Rogers Trail. A spruce-fir forest surrounds the summit with moss-covered trees. The total distance of the trail is a whopping four miles one way, so be ready for a long hike if you go!

Wanna travel through a 300 yard long natural tunnel? Virginia is just the place to do it! Located in the Appalachian Mountains, the tunnel runs alongside railroad tracks that have been in use for over one hundred years. Actually, the trains periodically cross the path to the viewing platform close to the tunnel entrance, so pay attention to those signals. This means the closest you can get to the railroad is the platform, except for Railroad Day. On this day, the railroad shuts down so visitors can walk through the cave. Lighting is operated by the park so you won’t get lost because of that and the fact that you have a track to walk.

Parking for the tunnel is at the top where the visitor center is. You can hike up and down, and while it’s a lovely view, it’s not an easy hike. Another option is to use the ski lift. The park has a ton of other hiking trails along with camping areas. 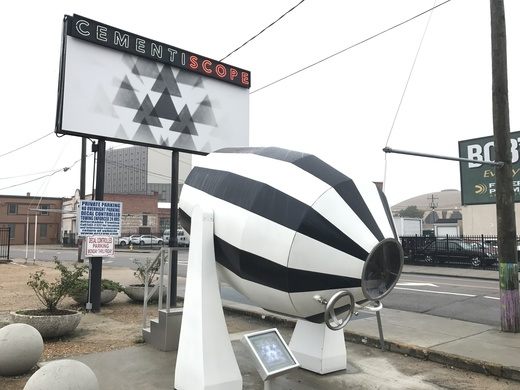 If you love learning about anything unique and borderline crazy, you’ll love to check out the Cementiscope in Norfolk, Virginia. Located in the corner of Granby Street and Only Road, the Cementiscope is a black and white striped concrete drum that probably looks boring and useless to passersby, but with closer inspection, you’ll find it holds an amazing secret for people who stop to look inside. Just as the name says, it is a huge kaleidoscope made from a cement mixer. It weighs about 3,000 pounds and has a hand-turned crank that turns the cylinder using rubber wheels inside. LED lights enhance the views of the geometric shapes to people on either side. Visitors can aim the scope at basically anything from the clouds, friends or cityscape. It’s also a public art piece for the NEON (New Energy of Norfolk) Arts District. 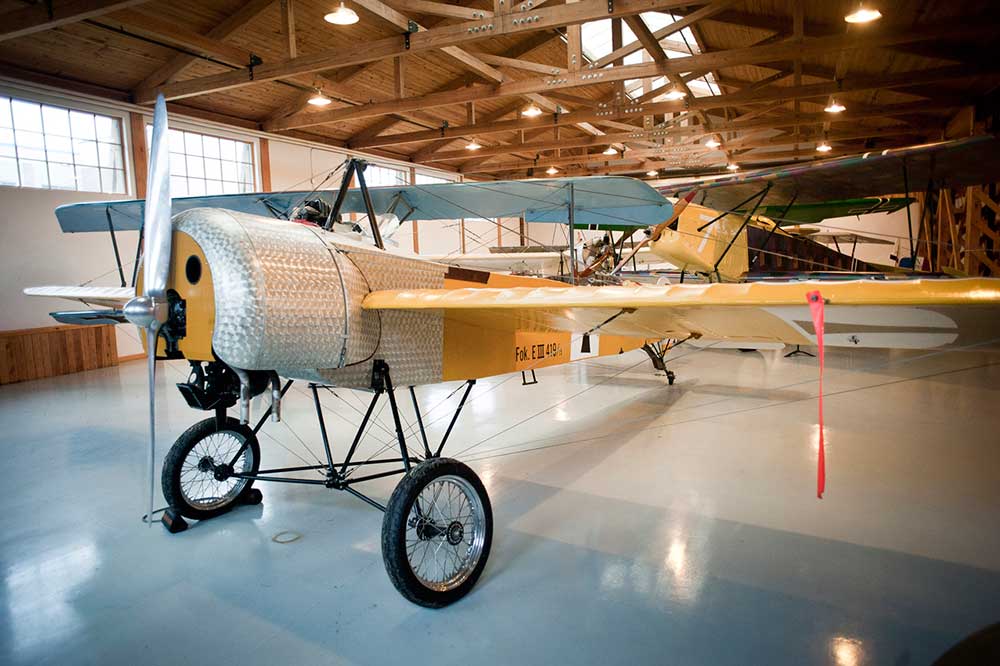 Located in Virginia Beach, This museum is strictly dedicated to aircraft used in the military and houses one of the largest private collections of historical aircraft in the world. Here, each plane has been restored to their former glory  by using original parts and replicas. This creates an amazing and breathtaking display of the planes as they were when they first rolled out of the factory. Because they’ve been so carefully restored, the planes are in working order and are demonstrated during air shows. The museum is active in finding new and exciting aircraft to add to their collection, so visitors are encouraged to check back frequently for new features and exhibits.

Nearly hidden in the back of the lobby at the Drug Enforcement Administration headquarters, the DEA Museum is a public museum giving the detailed effects of drug addiction and the law enforcement agency’s history in fighting the manufacturing and trafficking of drugs. They began collecting objects for display in 1976 and in 1999, they opened the headquarters. The museum shows the drug use in the United States, starting with opium in the mid 1800s and continuing all the way to the cocaine smuggling cartels and pharmaceutical drug abuse today. Currently on display are hundreds of pieces of paraphernalia, firearms, photos of celebrities and athletes that died of drug overdoses and so many other findings. This place provides an extensive but one-sided view on the law enforcement’s war on drugs.