Pack up your RV and drive through history in the U.S. from the days of dinosaurs, to the rich tapestry of the First American tribes, and from “the shot heard ‘round the world,” to the heartbreak of the Civil War, and on to the golden dreams of the wild west.  U.S. history is uniquely accessible and open for exploration. 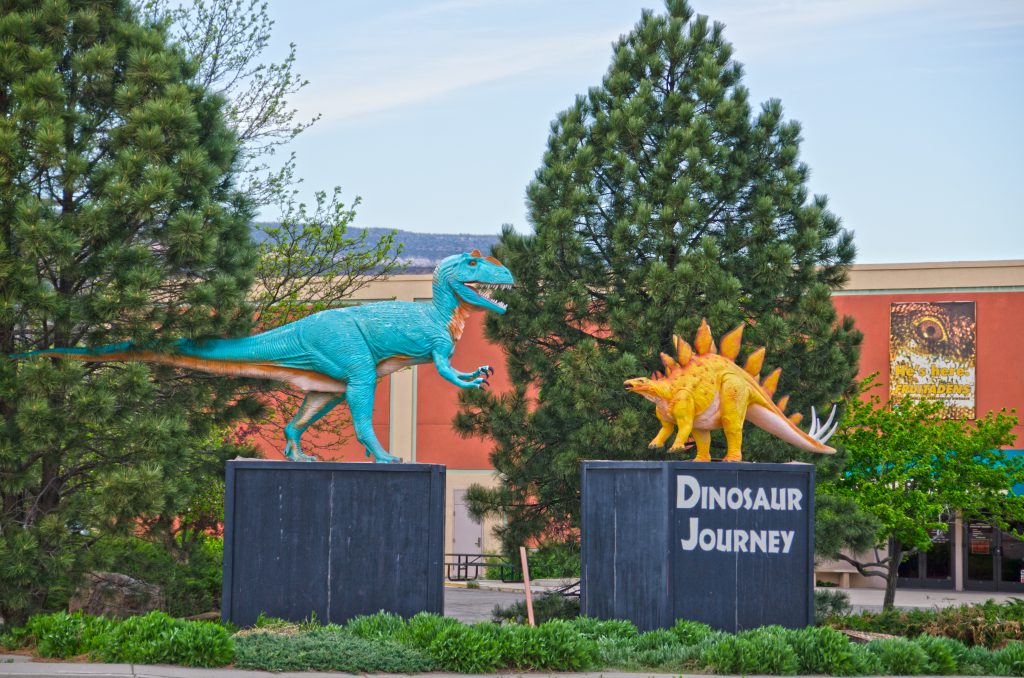 While the U.S. may be a youngster when it comes to its political history, it has enough prehistory to keep fossil hunters, amateur archaeologist, and pre-history buffs busy. Since the early 1900s, history buffs have been traveling to Western Slope of the Colorado Rocky Mountains to visit the area now known as Dinosaur National Monument.

Dig into history with a three or four-day trip along the Dinosaur Diamond Prehistoric Highway through parts of Utah and Colorado. The diamond-shaped scenic byway loops through western Colorado and eastern Utah on I-70, US 40, 191, Utah 128, Colorado 139 and 64 as it meanders through millions of years of prehistory.

Along with breath-taking western scenery and proximity to some of the nation’s most beloved national parks, expect to enjoy dinosaur museums containing world-class collections of dinosaur remnants, replicas and recreations.

Highlights of the nearly 500-mile journey include Dinosaur National Monument in eastern Utah and western Colorado, Dinosaur museums, containing some world-class collections of dinosaur remnants, as well as replicas, recreations, and monuments.

Visit the Utah Field House of Natural History State Park Museum in Vernal, Utah. The Dinosaur Garden outside the museum features 18 life-size models, including the predator called Utahraptor, discovered in 1991.  The museum is full of dinosaur skeletons and exhibits.

Stop in Fruita, Colo., to visit the hands-on Dinosaur Journey Museum then head south of town to Dinosaur Hill for the one-mile trip around an excavation area where some of the largest dinosaurs to ever be found were discovered.

There are lodgings and camping along the drive with many small towns and scenic vistas to enjoy. 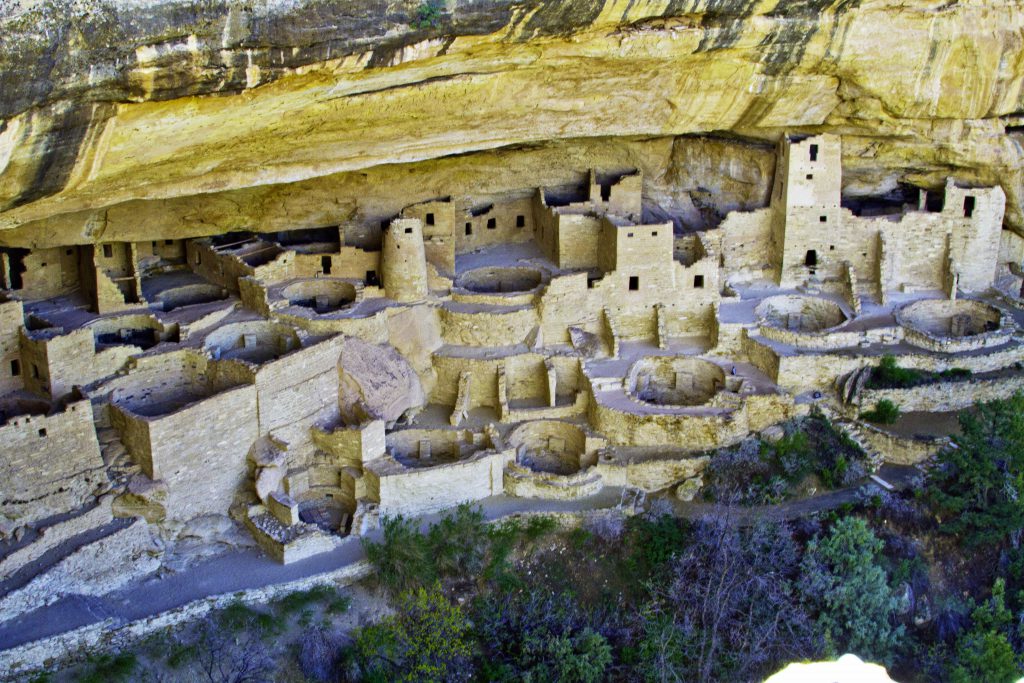 Located in the Four-Corners area, the sites offer a spectacular look at the lives of the Ancestral Puebloans. Pueblo Indians lived and flourished in this region, building elaborate stone communities in the sheltered alcoves of the canyon walls. Then, in about 1200, in the span of a generation or two, they left their homes and moved away.

Beyond Mesa Verde, there’s plenty to lure history buffs to the Four Corners area, including the Anasazi Heritage Center, only 17 miles away, Aztec Ruins National Park, as well as Monument Valley, and Durango, Colo.

Find camping near the entrance to Mesa Verde National Park, suitable for unhitching a Fifth Wheel or bumper-towed RV, and be aware that some roads within the park may not be suitable for larger coaches.  Explore more history and find ample camping and lodging in communities in the area. 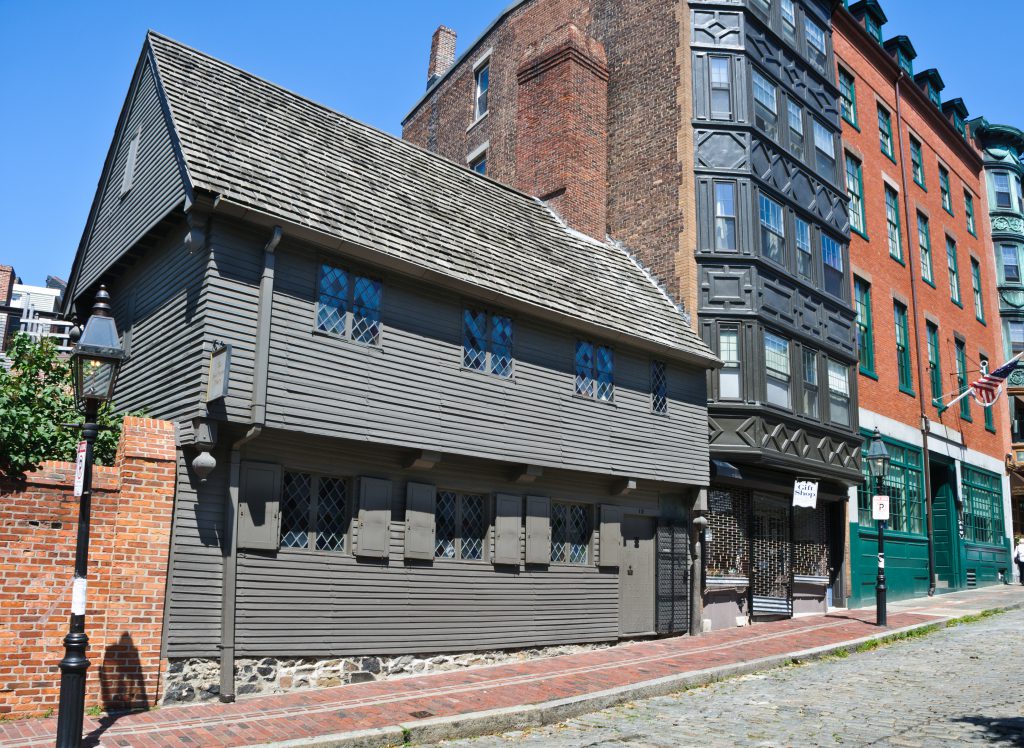 Point your RV toward New England and tread in the steps of Revolutionary War heroes. Lovingly maintained and chocked full-of information that makes history leap from the pages of textbooks, Massachusetts is full of battlefield, parks, and monuments chronicling the birth of a nation.

Make the Boston area the hub for your RV travels. Three parks in surrounding communities have public transportation access to the city and are close to historical sites.  Consider Winter Island Marine Park in Salem, near the Rockport Line of the Commuter Rail; Ellis Haven Family Camping and Picnic Grounds in Plymouth, near the Kingston/Plymouth Line, or the Boston Minuteman Campground in Littleton, near the Fitchburg Line, according to the Boston Discovery Guide.

Once you’re settled, head to Boston and start your exploration on the Freedom Trail.  The walking trail from Boston Common to Bunker Hill includes 16 historical sites, among them Paul Revere’s home.  Conserve energy during the 2.5-mile trek to climb the 294 steps of the Bunker Hill Monument for a beautiful view of the city. Walking guides are available to help bring the sites along the trail alive.

Next, head to Concord and the Minute Man National Historical Park, where the first battle of the Revolution is brought to life as visitors explore the battlefields and structures associated with April 19, 1775, according to the National Park Service.  While no one knows for sure, who fired that first fateful shot “heard ‘round the world” there’s no questioning the importance of that day when the Minute Men stood their ground on Lexington Green against a British military patrol.

While more famous for the “Witch Trials” make a trip to Salem and discover how the Revolutionary War almost began there.  An exhibit at the Salem museum chronicles events leading up to, and during the Revolutionary War including clashes between patriots and loyalists, Salem’s role in protesting British taxes duties, “Leslie’s Retreat,” the naval engagement off Salem’s coast, and an account of the death of British spy, Major Andre.

With more than 300 battlefields and historic sites, history buffs can spend a summer RVing through the Civil War.  Perhaps the best way to capture the horror and heroism of the Civil War is a visit to some of its major battlefields in a scenic and historic drive along U.S. 15, which runs through the eastern side of the Appalachian Mountains to the Atlantic Seaboard in Virginia, Maryland, and Pennsylvania.

The 180-mile stretch of highway, in the midst of a 75-mile wide swath of land, has been designated as “The Journey Through Hallowed Ground National Heritage Area.”  Stretching from Gettysburg in Pennsylvania to Monticello in Charlottsville, Virginia, the heritage area includes battlefields, monuments and historic sites and museums.

Start your journey to the North in Gettysburg, at the Gettysburg National Military Park, where the Union victory that ended General Robert E. Lee’s second and most ambitious invasion of the North was a turning point in the Civil War. One of the Civil War’s bloodiest battles, it was the inspiration President Abraham Lincoln’s “Gettysburg Address.”

Head south to Fredrick, Maryland, a major crossroads during the war which saw much military action and housed a large hospital.  Head off the highway to nearby Harpers Ferry, Va. Where a raid by abolitionist John Brown and his followers in 1859 is considered one of the major events leading up to the Civil War. In 1862, it was the site of a strategic victory for Maj. Gen. Stonewall Jackson, who captured the Union garrison to secure his supply line back to Virginia.

Continue to the Manassas National Battlefield, where Confederate victories challenged the resolve of the Union. Over the course of two battles, the Confederates demoralized Union troops and the Confederacy reached the peak of its power. The two armies first met on July 21, 1861, in a bloody battle near Bull Run that quashed Union hopes for a quick victory. In a second battle a year later, the Confederate army won a decisive and empowering victory. Today, the park offers tours, interpretive centers, and re-enactments.

RV parks and campgrounds with scenic views and full amenities are available along The Journey Through Hallowed Ground National Heritage Area. 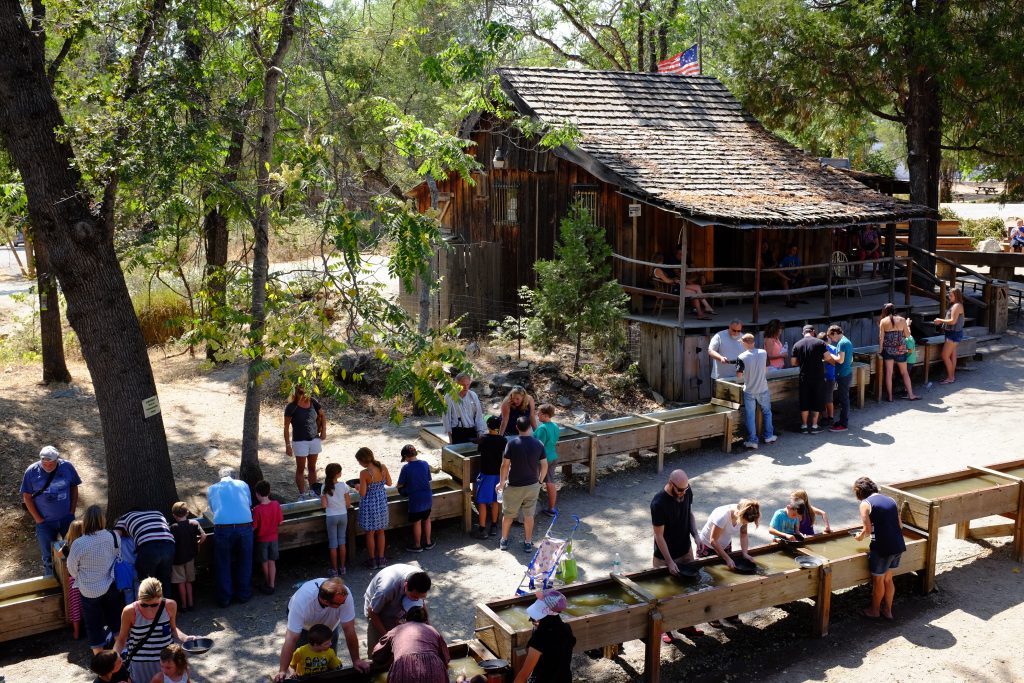 Trace the path of the original 49ers’ through California’s Gold Country. The event that helped shape California and spur western migration began when James Wilson Marshall, a carpenter and sawmill operator, discovered gold at Sutter’s Mill on the American River in 1848.

Word of the discovery traveled far and wide with prospectors, began arriving from across the U.S., as well as Latin America, Europe, China and Australia.  By 1852, the peak of California gold mining, San Francisco’s population rose from about 200 people to 36,000.

Today you can trace the path of the Gold Rush along the aptly named historic Highway 49, which runs through the Mother Lode mining towns. Start your journey at Columbia State Historic Park, a living gold rush town with the largest collection of existing gold rush-era structures in the state.

Though you may have only traveled a few hours from San Francisco, a visit to Columbia is a trip back to the 19th Century, complete with a working stagecoach, blacksmith shop, and merchants dressed in authentic 1850s clothing. There’s even a place to pan for gold.

Visit the Sutter’s Mill site in Coloma, home to Marshall Gold Discovery State Park.  On your way to Coloma make a stop at Angels Camp, for the flavor of a typical mining town at the height of the Gold Rush.  At one point 4,000 prospectors worked the surface of Angel’s Camp looking for gold.  The surface gold played out quickly, but hard-rock mining kept the town going for many years.  Today the town is honeycombed with played-out gold mines.

Other popular stops on US 49 include Nevada City, listed on the National Register of Historic Places and considered one of the best-preserved towns of the West and historic Jamestown’s Main Street, with its mixture of buildings from different eras in California’s history.

Along with a trip back into the wild gold rush days, historians can enjoy some of the natural beauty at the foothills of the Sierra Nevadas, and RVers can take a break to bike or hike on many trails, raft on the American River or be awed by the Giant Sequoias at Calavares Big Trees State Park.

The sunny state of Florida is one of the most popular stops for RVers. While there are dozens of different ways to camp in Florida, from roughing it to staying on-site at a theme...

END_OF_DOCUMENT_TOKEN_TO_BE_REPLACED 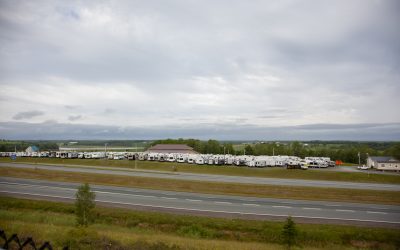 An RV is a big purchase, and you want to be sure you’re doing it right. You’ve researched the type of RV, the specifications you want, and maybe even the manufacturer - but what...