Little Known Travel destinations in Utah and What to Do There 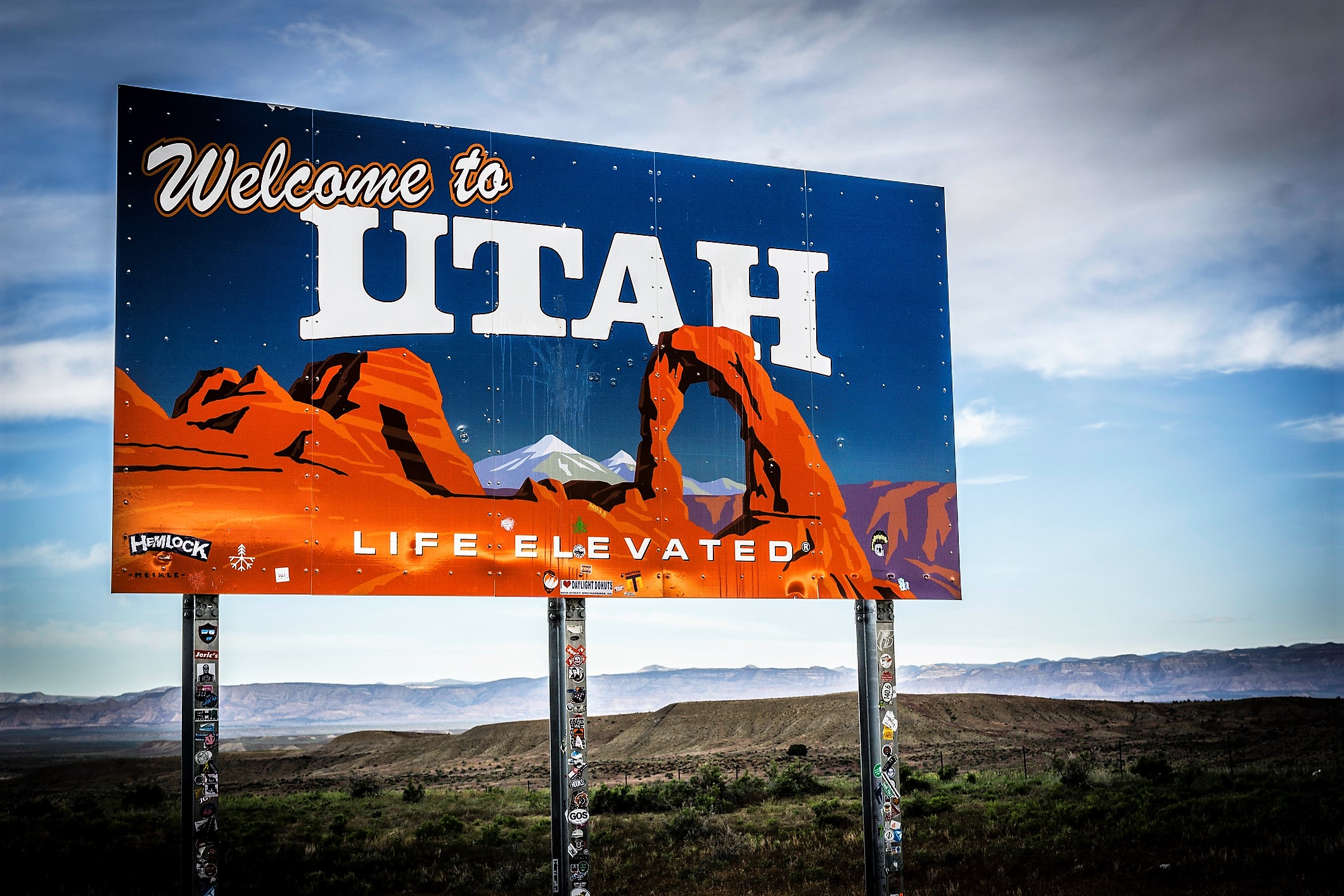 So you’re going on a vacation. Your final destination requires you and your family to drive through certain parts of Utah. Desperately needing to hop out of your motorhome or RV to stretch your legs, you think, “What’s there to even do in Utah?” Well, your RVUSA team is here to help you find those unique and little known tourist stops that will make your trip an easy one to remember. Check out these awesome destinations in Utah that we love! 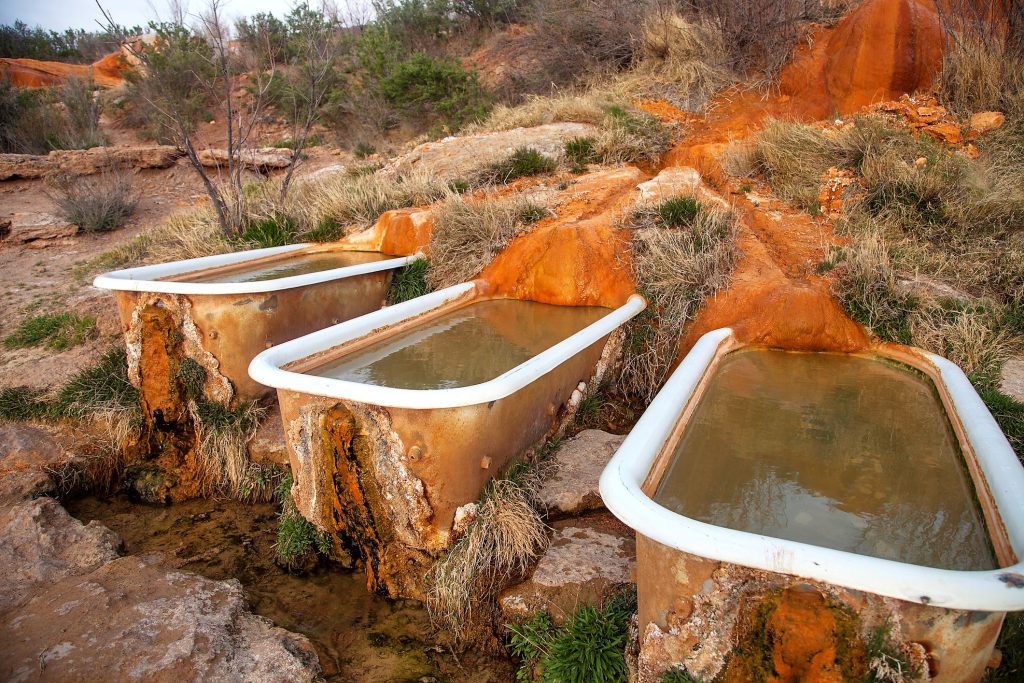 More often than not, you’ll find visiting a hot spring on bucket lists around the world. Utah’s gotcha covered! And though one man decided to install bathtubs in the Utah desert floor to reap the benefits and powers of a natural hot spring, the Mystic Hot Springs’ water has been running for millions of years. It was Mike Ginsburg that chose to add the bathtubs to the resorts in the 1990s. He found the place while returning from a Grateful Dead show, and after inspection of the area, he bought the whole resort. Using his artistic side, Ginsburg came up with quite a few new soaking areas, like the iconic bathtubs which he built right into the land as if they had been there since the beginning of time.

Today, the springs are still welcoming those who want nothing more than to chill out in the mineral-filled water bubbling up from the ground. If you want to check out the springs, there’s areas you can use to set up camp, or you can stay in one of the cabins or fitted buses.

The “Up’ House- Herriman

Photo from: he Real Up House

This quite literal replica of the house from the Disney movie “Up” won’t be floating anyway anytime soon! With the permission of Disney, of course, Bangerter Homes began work on the house from the animated movie. The three brothers that make up the construction company went off of the exterior of the house and just a few interior rooms that were shown during the film. It’s all in the little details here, like the mailbox and the white picket fence in the front.

The recreated the living room, the nursery and the armchairs the two rest in during the beginning of the film. Each piece of the replica was custom made, and the completed 2,800 square-foot house is now up for sale for about $399,000. This allows mega fans of the film to be a part of the movie in Utah. 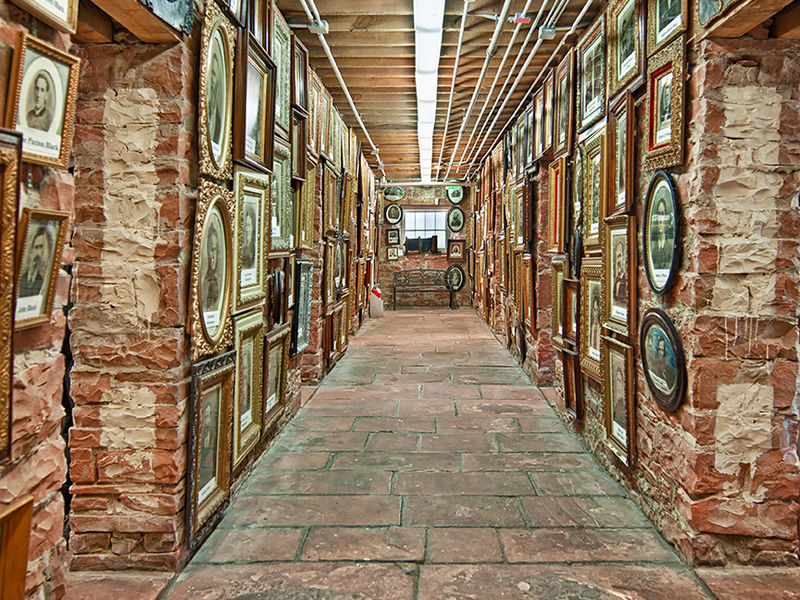 Utah’s first and oldest existing government building is only part of what it was supposed to be. A man named Brigham Young wanted the land to be the capital of his ideal State of Deseret. After Congress disagreed, it was decided that Fillmore would be the capital instead. Funding for the building quickly ran dry before the building could be completed, leaving just one wing mostly finished. Once you enter the building, go downstairs and you’ll see a long hallway of about a few hundred portraits of Utah and Mormon pioneers. And don’t forget the side rooms! These make something that resembles a museum filled with parts of Utah’s history that aren’t very well known.

You can go upstairs to check out more artifacts and interesting stories about Fillmore. Walk your way to the tip top for the best view of the mountains. 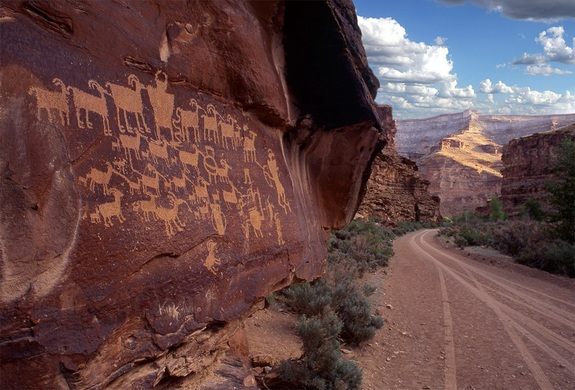 Travel deep into the Utah desert and you’ll find Nine Mile Canyon, filled with thousands of petroglyphs and pictographs, some older than a thousand years. These images have been traced back to the ancient native peoples known as the Fremont who made theirs marks of culture into the canyons of Utah.

Though the name of the place is Nine Mile Canyon, it runs for 40 miles. This is probably because the explorer used a nine-mile transect, a technique used by many cartographers. Some call it the world’s longest art gallery with its detailed meticulous images from about 400 CE to 1400 CE, also known as the Fremont era, to the 19th century. These images consist of animal life, such as bison, lizards and birds, but some have yet to be identified. Now, these unidentified images are appropriately called “ancient astronauts.” 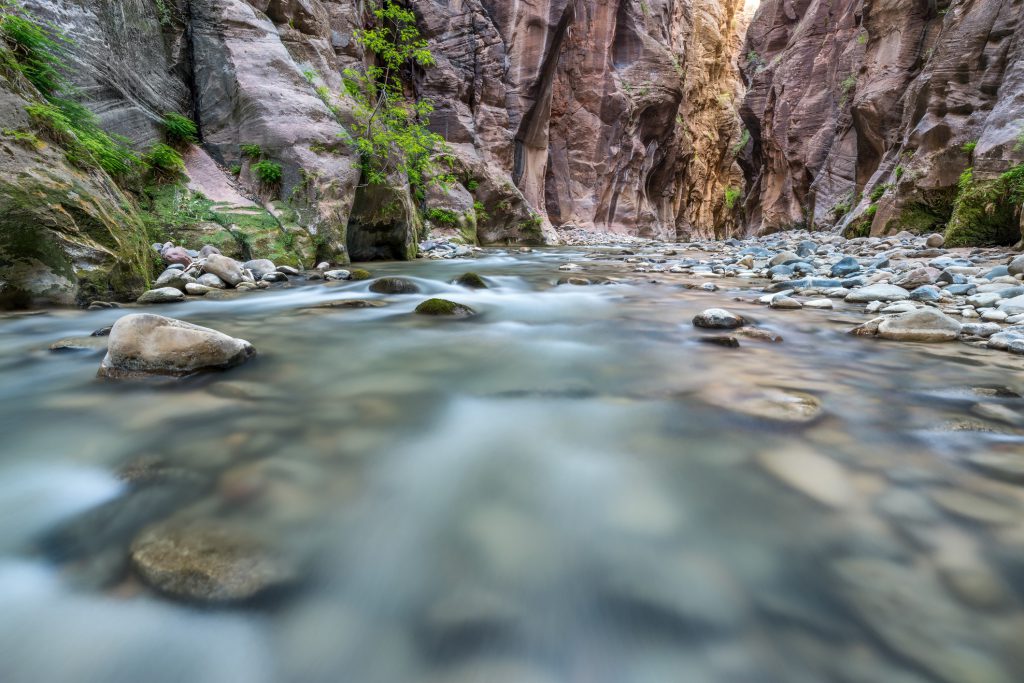 The narrowest section of the Zion Narrows is seen in the background of this image. The Virgin River flows over river rocks with trees, grasses, and boulders on the banks.

Are you ready for one of the best hikes of your life? Then head to The Narrows of Zion National Park in Springdale, Utah to view its 2,000-feet-high red canyon walls and narrow 20-feet-wide paths. It’s a risky hike, indeed, and be prepared to trek through bodies of water, but it’s definitely considered to be the hike of a lifetime.

Canyons like this are often found on avid hikers’ bucket list. Narrow canyons that are significantly taller than they are wide are formed by water gushing through the rock, and they’re incredibly rare to find with the water still running through them. This is what makes the Narrows so iconic. The hike starts at the part of the canyon known as the Temple of Sinawava and can last anywhere from two to sixteen miles, depending on the route taken. The Virgin River fills up the Zion Canyon wall to wall for about a third of the hike, making visitors trek through the water, sometimes as deep as chest high, in order to move forward.

Adventuring through a slot canyon isn’t without its risk. The number one danger is when the canyon is filled too high with water. All it takes is a rainstorm for the water to rise quickly in such a narrow space. Regardless of the risks, thousands of people trek through the Narrows everyday.

Just past Utah Valley University sits the Roots of Knowledge, which depicts the story of the growth of human knowledge using 80 dainty designed and painted panels. The creation, made using 60,000 pieces of glass, starts with an image of Methuselah the bristlecone pine, one of the world’s oldest organisms, and continues to show worldly events in meticulous detail.

One of the panes that stands out to most shows Alexander the Great and his sidekick of a horse, Bucephalus along with Chinese terra cotta soldiers and the Cliff Palace in Mesa Verde, Colorado. This pane alone consists of over 2,500 pieces of glass! Of course there are other leaders and thinkers throughout the story, such as Nelson Mandela, Sir Isaac Newton, Charles Darwin and Mahatma Gandhi.

The unique project was started by Utah artist Tom Holdman and the Utah Valley University, and it took about 12 years to complete. It wasn’t all Holdman, though. Over 350 students of the school used their artistic minds to complete to pane. It was inaugurated in November 2016. 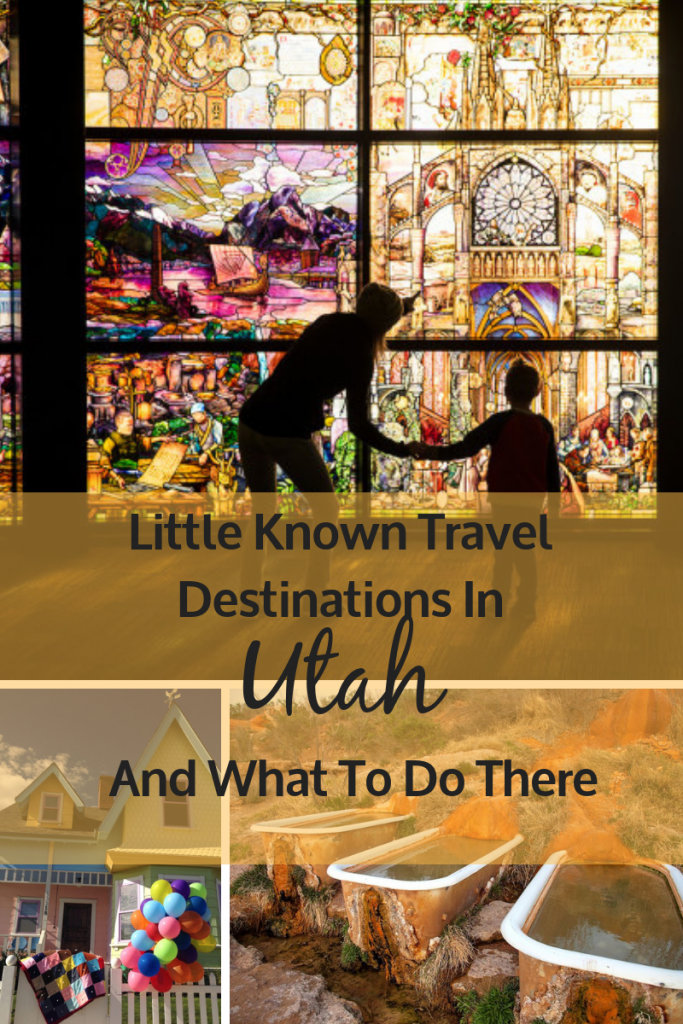