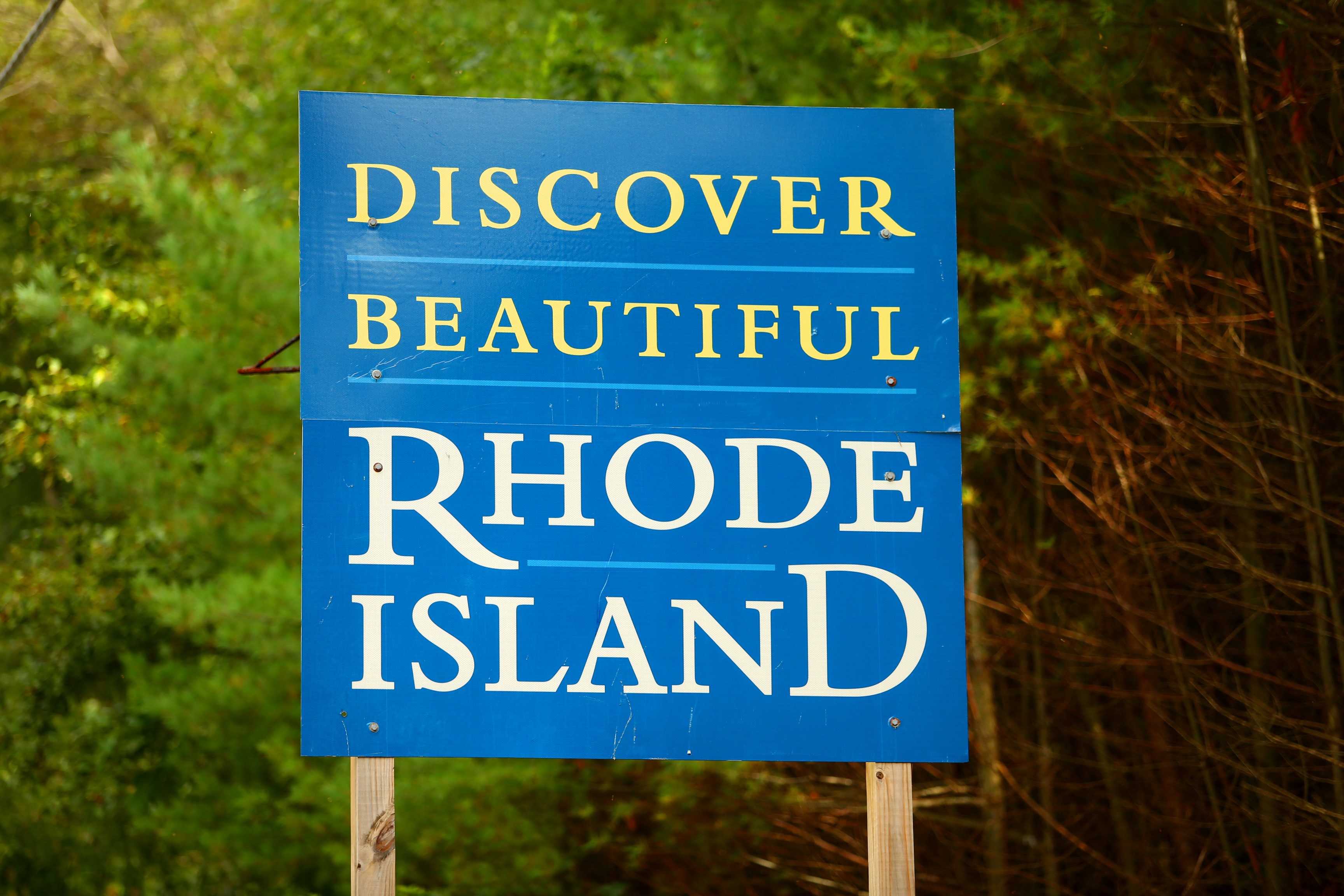 Welcome back, RVers. It’s time to hop in that RV or motorhome and head to the state of Rhode Island and see what there is to offer! Roger Williams founded the state in 1636 and named it the State of Rhode Island and Providence Plantations. It was one one of last 13 colonies to become a state and is still the smallest in the United States, only covering about 1,214 miles.

Today, you can visit a mysterious museum, a tower that some believe was built before Columbus discovered new land and a hill that was hard to climb until recently. Keep reading to learn more and let us know if you’ve visited any of these in the comments!

Lover of the sea, are you? The historic and breathtaking Rose Island Lighthouse, situated between Jamestown and Newport, Rhode Island, has its name for a reason. When the tide slips out to sea, the land is said to take the shape of a rose. The lighthouse has incredibly narrow stairs that lead to a lantern where you can gawk at a sixth order Fresnel lens. What’s so special about it? It continues to shed light in the Narragansett Bay today. The tower was built in 1870 and was used as a beacon for ships for an entire century. Though the beacon spent a few decades not in working condition, it was restored to its Victorian aesthetic in the 1990s. Now, the lighthouse serves a different purpose. Adventurers can book a few overnight stays or even a week and wake up to stunning views of at the sunrise over the bay.

A trip to Rose Island offers much more than its lighthouse, though. It holds remnants of Revolutionary War bastions and mysterious bunkers that contain secrets of soldiers that lay sick within its walls, and a worn and torn leftover Naval torpedo. 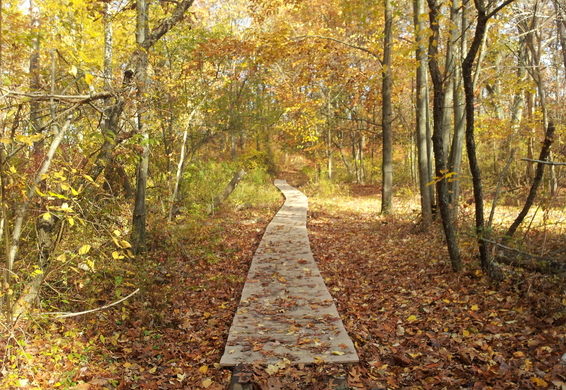 Neutaconkanut Hill Park is an 88-acre essentially untouched wilderness surprisingly located inside the Providence city limits. The hill was the northwest boundary of the agreement of land between Roger Williams, the founder of the state, and the Narragansett Indians. It stands at 296 feet above sea level and is the highest point in Providence, so it has some pretty spectacular views of the downtown Providence skyline and Narragansett Bay. The area was owned by the Borden family until 1829 and then the King family until 1892. The wilderness includes glacial boulders, freshwater springs and walking trails created in the 1930s.

today, the land is owned by the city of Providence and it preserved by the Neutaconkanut Hill Conservancy.

This small, secret museum, founded in 2006, is a mixture of an Automaton Theater and a Cabinet of Curiosities.

There might be one slight problem, though: no one knows exactly where this museum really is. Sure, it’s in the Historical District of Bristol, Rhode Island, but the pinpoint location? Not a chance! Each tour begins around sunset by a guide who has already given the guests a time and place to meet. It could be anywhere in Bristol. Maybe a coffee shop, one of Bristol’s public parks, a restaurant. It’s never the same! Once the guide introduces himself, he gives each visitor a set of headphones and a map, presses the play button for the tour to begin, then strangely disappears, leaving guests confused but wanting more. The audio gives directions to the actual location of the exhibition.

As for what’s inside the museum, you’ll find singing animatronic Chipmunks, a Time Machine, an olfactory clock, a chandelier of singing nightingales, the Earolin (a massive holographic ear that plays violin music), and a contraption that catches the dreams of bees. 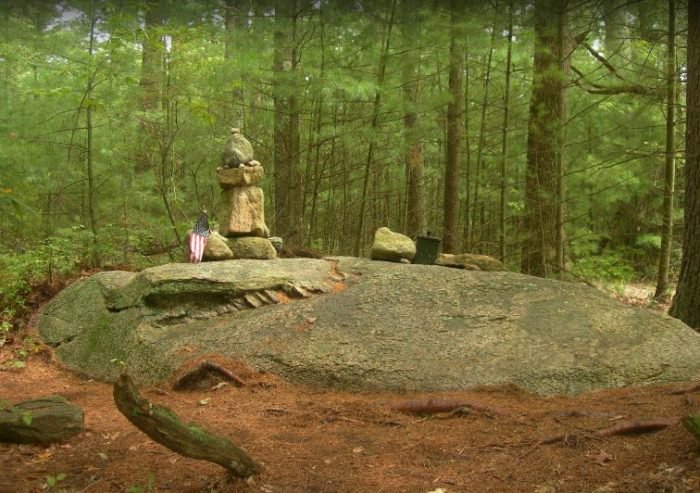 Though this is one of the lowest high-points-by-elevation by state, for years it was one of the hardest hills to climb for anyone who tried. Located in the off parts of Rhode Island, Jerimoth Hill is the highest point of the state, but only 45th among the rest of the state high points. It really isn’t too impressive until you learn that no one could access it for decades.

For comparison, the highest elevated point in the U.S. is Alaska’s Denali Peak, which is 20,320 feet above sea level. Jerimoth Hill, on the other hand, is only 812 feet. It all started in the 1980’s when a man named Henry Richardson purchased the land the hill is on. He installed mother detectors to deter any trespassers that dared to climb the hill. The story goes Richardson would taunt and harass anyone who found their way on to the land unto they left. Eventually, he lowered his guard and sold the land to new owners who love nothing more than to see climbers and adventurers out around Jerimoth Hill. Today, the climb is simply a walk in the park. 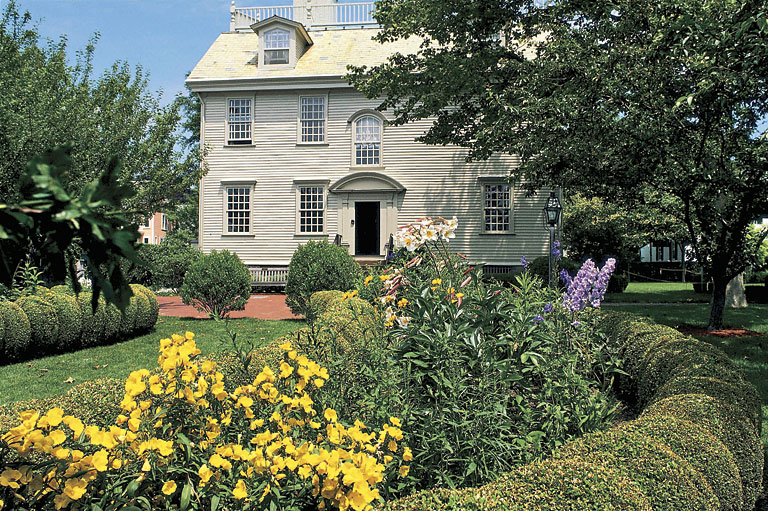 Right behind the bench of this 18th-century mansion is the only plaque that hints of the historic newspaper once printed within its walls. During the Revolutionary War, the French army was positioned at the Hunter House in Newport, RI. To get this news out quickly, a French newspaper was the only answer. Published in 1780, La Gazette Francoise is considered the first known service newspaper that was produced by an expeditionary force. It was the first of its kind, with the Stars and Stripes newspaper (a newspaper printed in Europe for American forces during World Wars l and ll) not too far behind.

The mansion was owned by de Ternay after Colonel Wanton, the owner during the American Revolution, fled the town with his family. De Ternay used the building as a personal space as well as a headquarters for the troops. 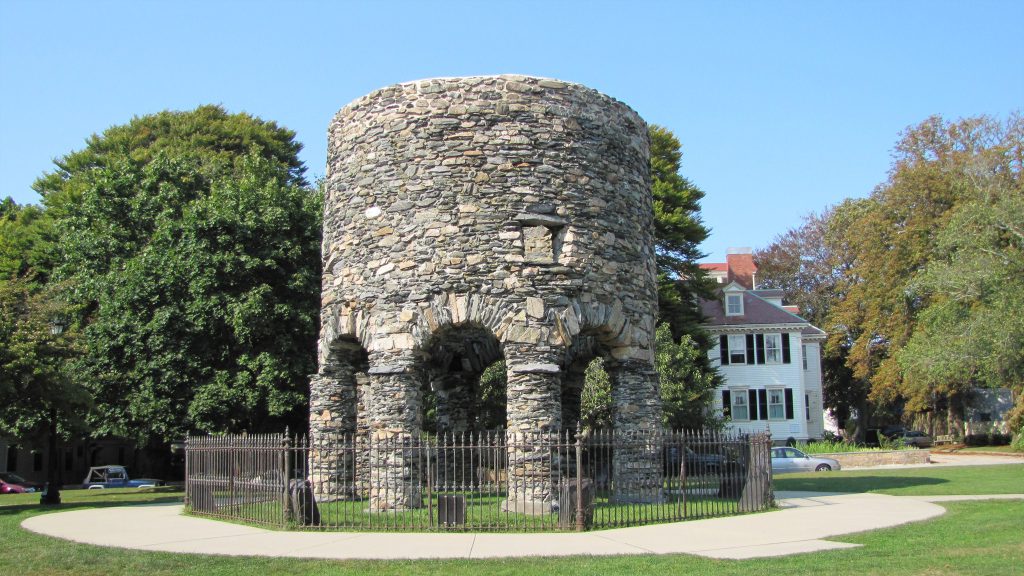 Though most accept the the tower to be the remains of a windmill built in the 1700s, the short building shows some archeological signs that it was rather shape by transoceanic impact. It appears to be a simple stone platform supported on a cylinder of rock, which clearly states the remains of a milling operation. However, upon closer inspection, carbon dating of the mortar from the stone suggests the building to date as far back as the 1600s. And though it was a relic in the 1800s, some still believe it’s evidence of an earlier pre-Columbian building.

To those believing this was here before Columbus, the tower strongly looks similar to Scottish buildings from the 1100s, hinting that a Templar settled the land. The exact origin of the tower is still unknown today, seeing as Norse, Chinese and Portuguese explorers and sailers have been credited as creating the tower.