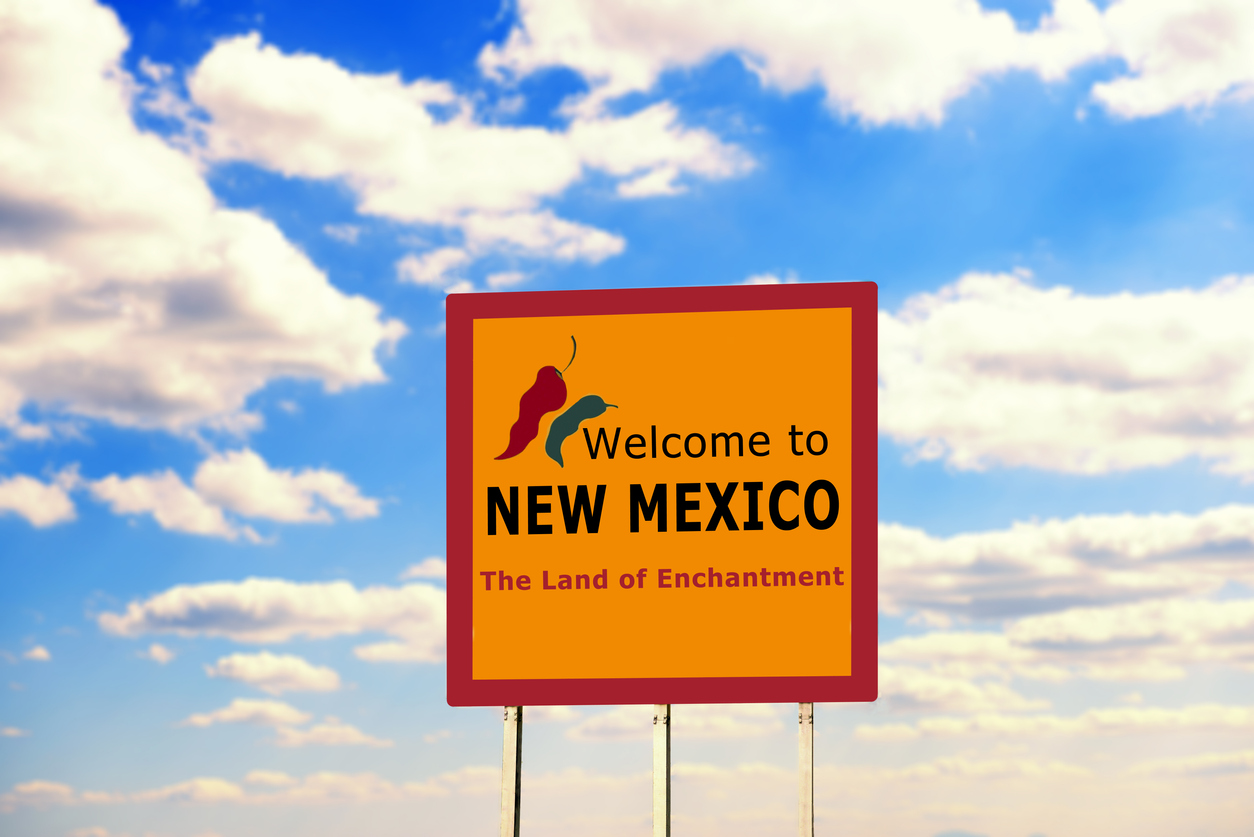 Each state in the U.S. has its own unique pit stops and hidden gems that not many people know about. Sure, it has some pretty amazing and odd rock formations, but did you know about the spaceship-themed McDonald’s in Roswell or the Fraggle Rock? Below is a list of a few of our favorite Little Known Travel Destinations in New Mexico! 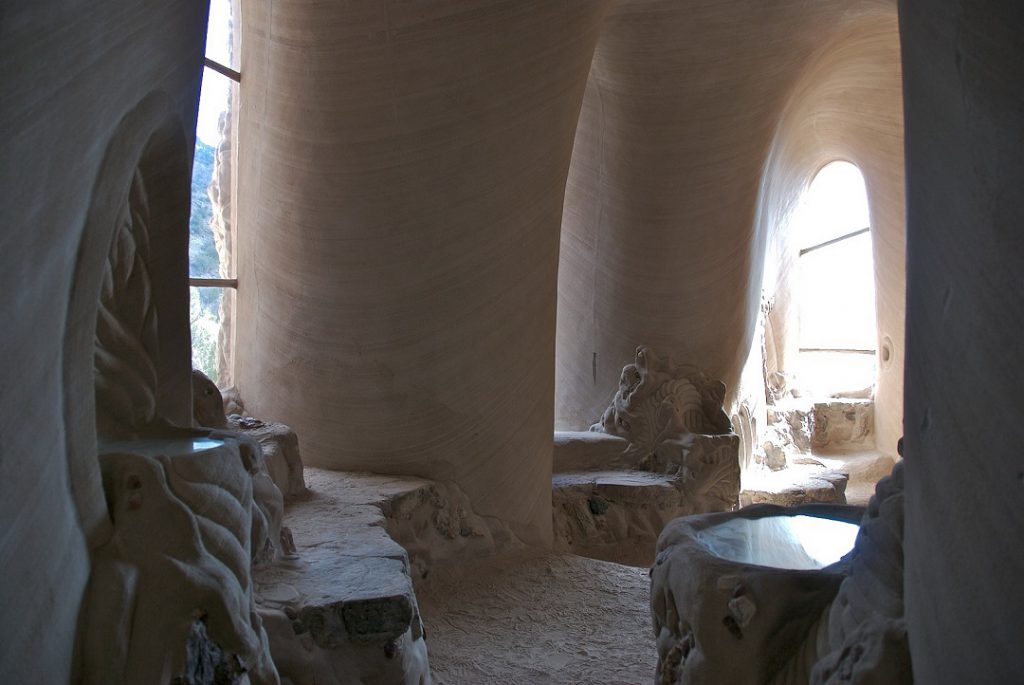 We talk about lots of caves, gorges and waterfalls, but rarely do we come across hand-carved caves! Check them out in New Mexico at Ra Paulette’s Hand-Carved Caves in La Madera, New Mexico. Paulette has been creating these caves for over 25 years by meticulously chiseling, digging and carving detailed wonderlands undergrounds. No two of the 14 caves are alike, some containing small doors or skylights that allow the sun to gaze in, while others have benches Paulette carved right into the wall or tiny nooks perfect for candles.

Paulette likes to think of his caves and creations as more of a hobby or public service than a job and likes to simply leave them for people to discover once he’s completed one. 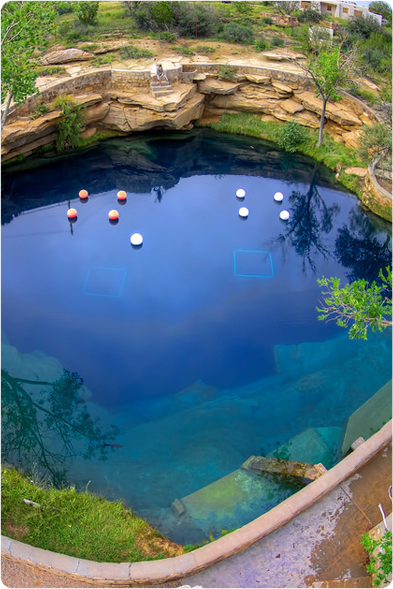 Located right off Route 66 in New Mexico lies the Santa Rosa Blue Hole, a natural swimming hole that holds a surprising amount of clear water. What makes this hole so fascinating is its underwater caves were unexplored until just a few years ago in 2013. It’s always been a popular destination for scuba divers and traveling families until two divers were trapped in the pool’s underwater caves. After their deaths in 1976, the opening to the caves was guarded off with a metal gate. An exploration was granted in 2013 for a group of divers with the ADM Exploration Foundation to map the system of unexplored caves. The first dive was stopped because of decades of buildup and debris but the excavation continues with a focus on safety for less deaths in the future. We still don’t know how far back these caves go. 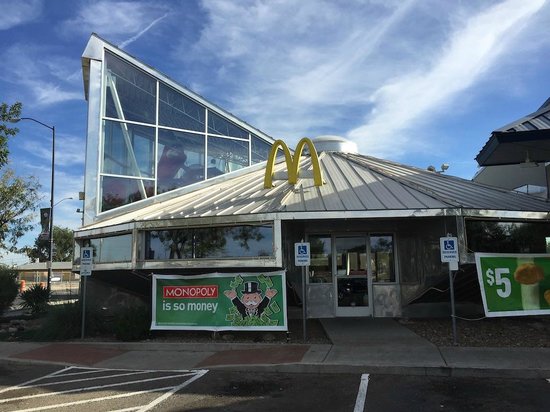 This photo of McDonald’s is courtesy of TripAdvisor

We all know McDonald’s, but did you know this specific location is the only space-themed McDonald’s in the world? In the town of Roswell, known for the possible titular extraterrestrial event, the McDonald’s gets in on the fun with a UFO-shaped building that is quite a site to see! Located not far from the supposed crash itself, the restaurant exterior burns a bright neon at night and shines a space metal during the day. Though most McDonald’s like to fit in with each community and play along with the corporate conformity, this McDonald’s is an odd and unique situation where its outlandish decorations fit right in with the Roswell Incident. 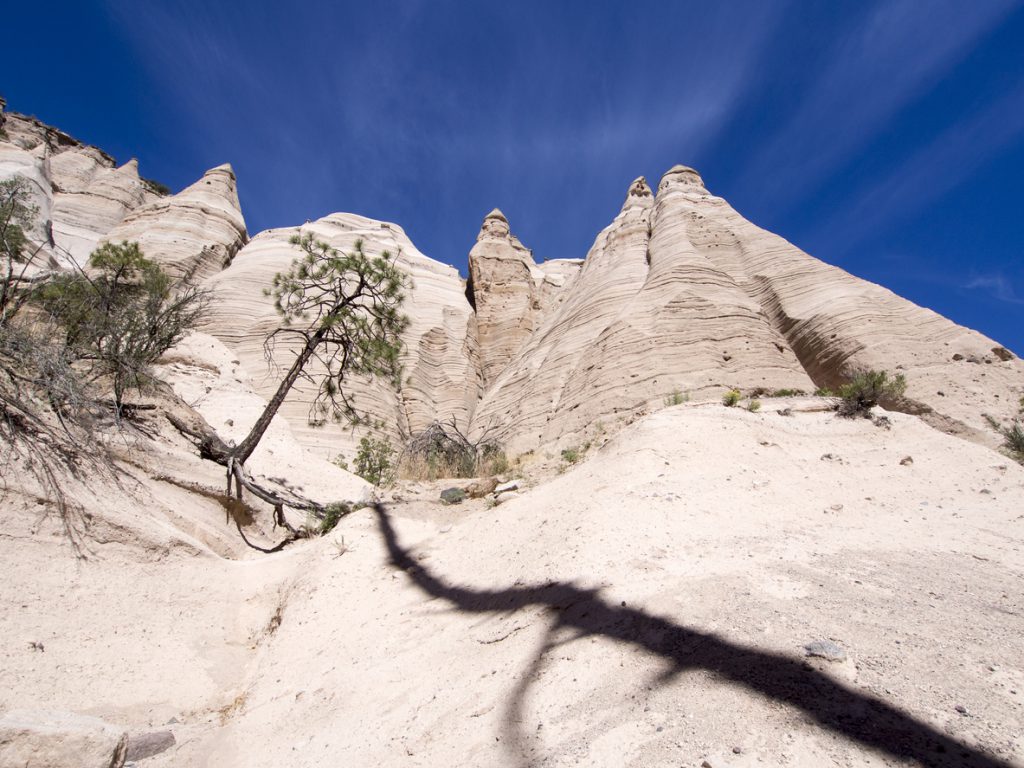 We’ve written about all kind of rocks that have unique and peculiar formations, but we haven’t seen any like this! The Kasha-Katuwe Tent Rocks National Monument is an area with spiked, wind-carved rocks that look just like teepees. The spot is open to the public just during the daytime, and even then, it can be closed because of the Cochiti Pueblo Tribal Governor’s will.

The monument can be a bit difficult to find seeing as it’s slightly isolated, but it gives great insight into the life and history of native people. It is now a part of the BLM’s National Landscape Conservation System.

Just six miles west of Lordsburg, New Mexico stands Fraggle Rock, a hill covered in graffiti. It attained its name from the words painted on its side in large letters. Its popularity came from the Muppet-related TV show that dates back to the 1990s. The original Fraggle Rock was a live puppet TV series that got its start in 1983. It was widely known in Britain, the United States and Canada. These episodes typically included two or three original songs.

We still don’t know if someone keeps up with the lettering on the side, because the paint remains clear and doesn’t show many signs of deterioration. Passersby can see the shape of the rock from the highway, but there haven’t been any muppet sightings around Fraggle Rock as of now. 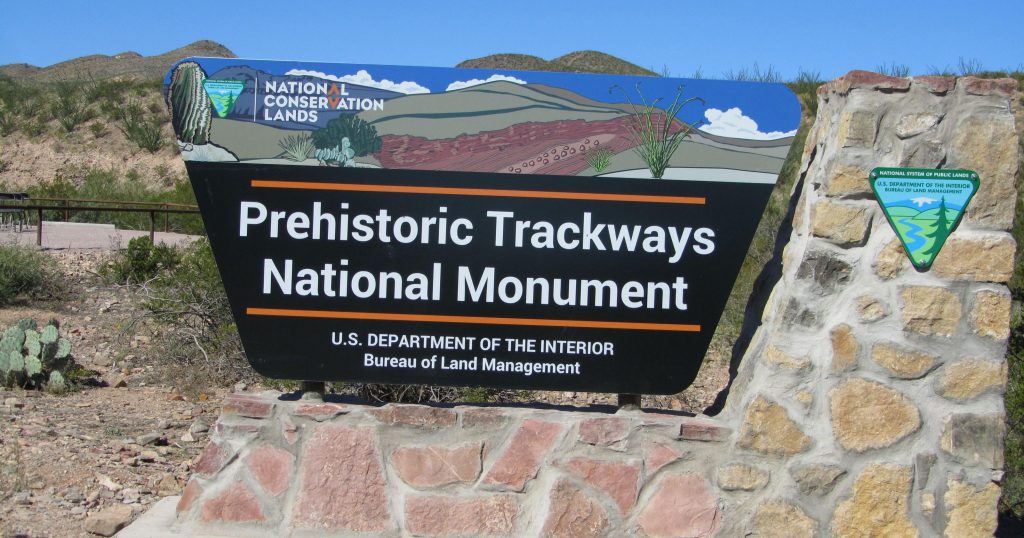 A few little and not so little prehistoric footprints are left here in the adored town of Las Cruces. These fossils, known as ichnofossils, were found in 1987 in mega-trackways through the Robledo mountains. The footprints belonged to a surprisingly large number of animals from both land and sea and even a few prehistoric insects. Fossilized plants and petrified wood dating back 280 million years ago was also found. The actual monument is 100thactive National Monument and stands at the tip of the Chihuahuan Desert. Since these tracks might be difficult to find for nonprofessionals, lots of slabs of dinosaur tracks have been transferred to the New Mexico Museum of Natural History and Science.

The idea of a fully functioning building where spaceships land and take off like it’s a part of everyday life is closer than ever before… Thanks to the Spaceport America in Truth or Consequences, New Mexico. However, seeing as the spaceport is empty and desolate, it seems like we still have quite a way to go.

Built in 2012, this spaceport was supposed to be the first step in normalizing the use of spaceships. But a large number of setbacks and disasters have come in the way of us reaching the science fiction future. Because of this, the multi-million-dollar transit hub is pretty quiet.

The hangar and runways are ready to be used, but they’ll have to remain on standby for now. Visitors can buy tickets for tours, but tickets for space are still a few galaxies away. 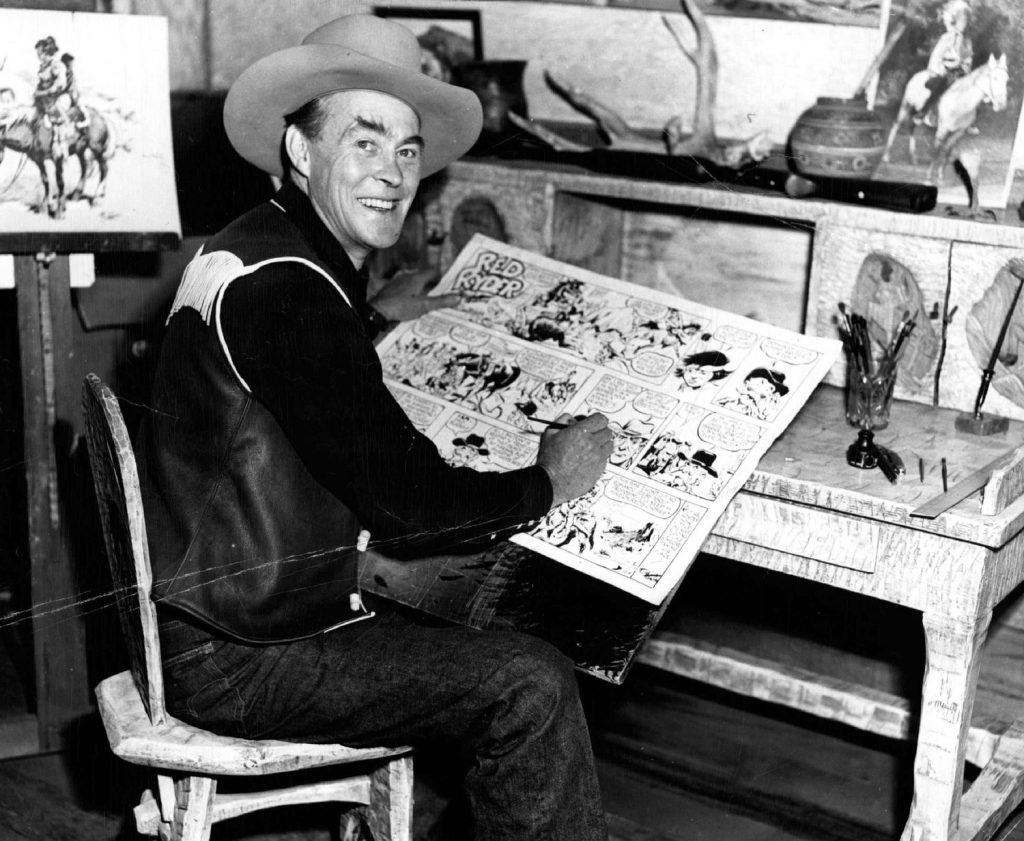 Since the comic strip’s invention in 1938, “America’s famous fighting cowboy,” Red Ryder, quickly grew into a multimedia empire. Featuring comic books, toys, guns, lunchboxes and over 35 movies. In the 1940s, people adored Red Ryder and his sidekick Little Beaver, because of the popularity of Westerns. Red Ryder and his sidekick were so popular that they had their own amusement park called Little Beaver Town. It opened in July of 1961. One half was themed like an American Indian village. While the other resembled a Western town with the Red Bull Saloon, an art gallery with original drawings and plenty of souvenirs.

Unfortunately, the park was short lived and closed its saloon doors in 1964. In an attempt to resurge, it was named Sage City. It was a venue for rock concerts, but that wasn’t successful either. Today, Little Beaver Town is nothing more than empty acres of odd shaped concrete foundations covered with litter. 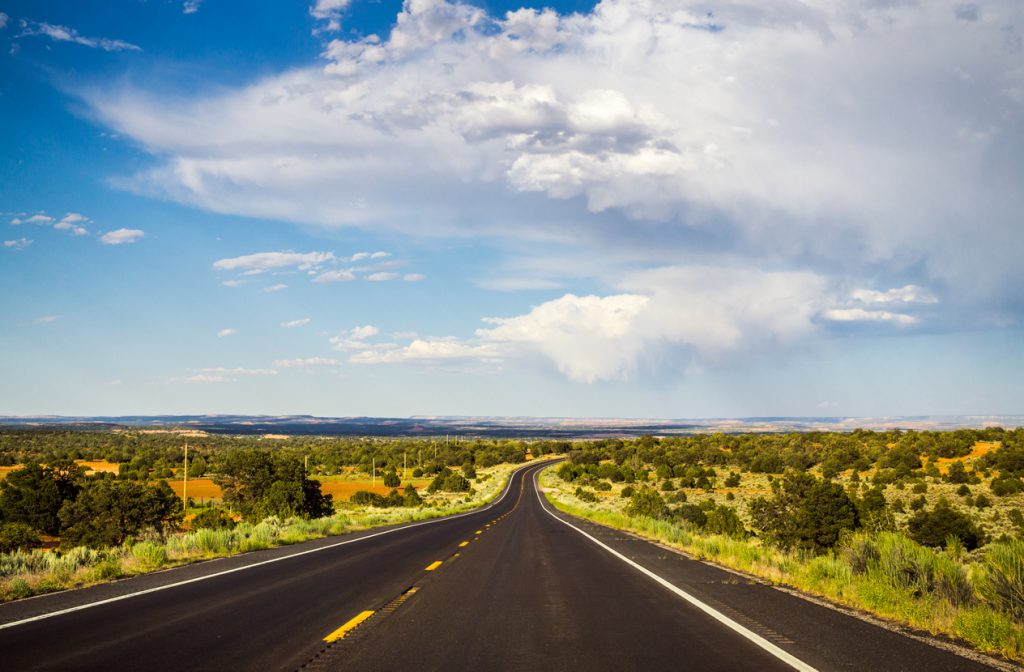 Most rumble strips along highways, interstates and tollways warn drivers that they’ve gotten too close to the side of the road. Typically they give off a loud, rumbling noise. These lines near Route 66 in Tijeras serve the same purpose but with a familiar tune. “American the Beautiful.”

The small, quarter-mile strip of the highway has been engineered to only sound correct at 45 miles per hour. The “Musical Highway” wasn’t made without careful thought and a considerable amount of engineering. Each strip had to be placed at the right distance away from the next to make the notes. The purpose of the song is to encourage drivers to actually stick to the speed limit… But a lot of drivers even turn around to here the song again. Some say the song now sound slightly out of tune due to the amount of traffic the strips have seen. 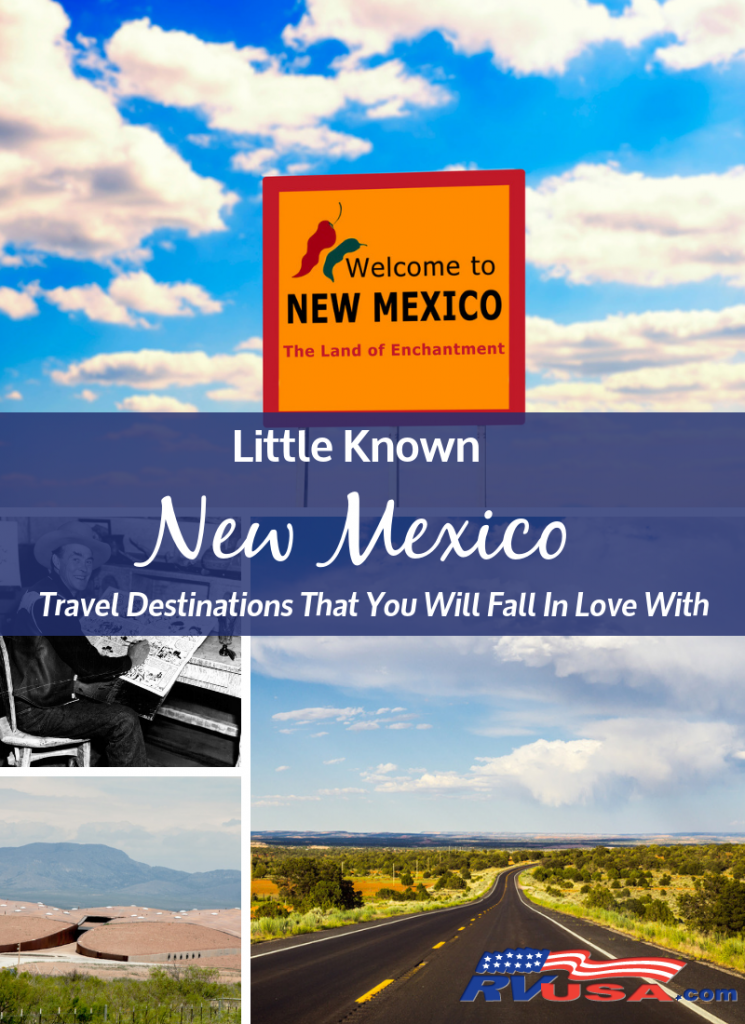