Little Known Travel Destinations in Massachusetts and What to Do There 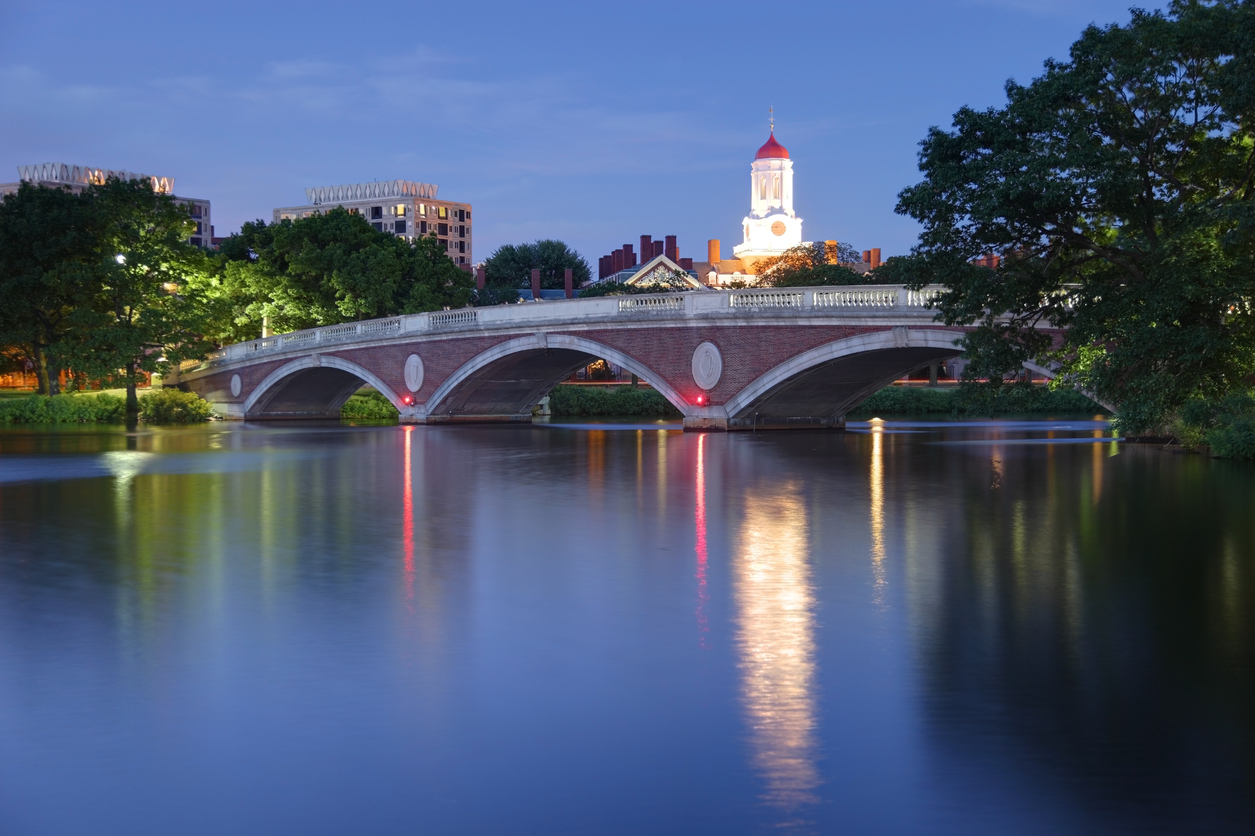 There is so much more to the state of Massachusetts than one learns in the average American History class. Sure, Massachusetts has Salem witch trials, they have the Boston Tea Party, and they are one of the original 13 colonies. Most people know these things about the state, but what about the Lizzie Borden House? There could even be some pirate loot buried there, according to legend. It’s the little known travel destinations that make a state what it really is. Keep reading to see what we mean! 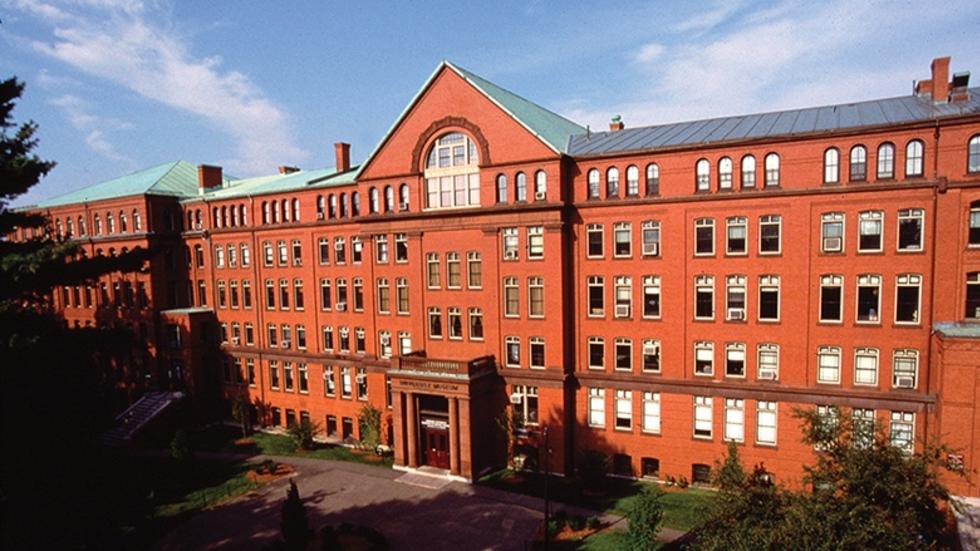 Though you might not make it through the whole thing in one day, the Harvard Museum of Natural History is definitely worth seeing. The building is a combination of three institutions: the Museum of Comparative Zoology, the Harvard Herbaria, and the Mineralogical and Geological Museum.

Of the 21 million specimens kept by Harvard University, over 12,000 of them are on display throughout the museum’s exhibits, including a fully assembled dodo skeleton, several mounted human skulls, and a collection of over 2,000 glass flowers that were once used for botany classes in the 19th and 20th centuries. 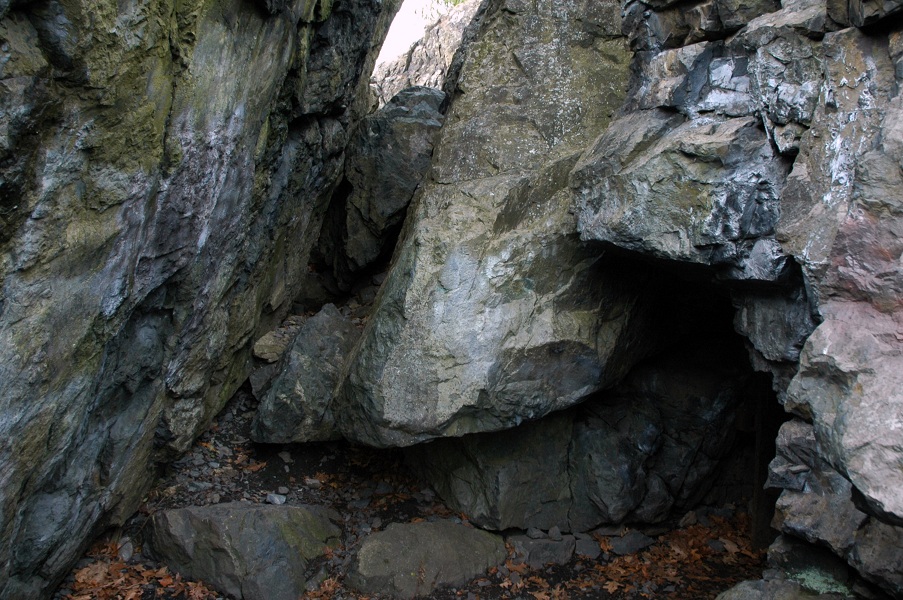 In a place called Lynn Woods Reservation, a rock formation called Dungeon Rock stands. Here, a cave was dug by a man who was told by ghosts to look for treasure. The legend starts in the 1600s when the pirate Thomas Veale supposedly hid in a cave with all his treasures. After an earthquake destroyed him and the cave, what was left became known as Pirate’s Dungeon, then later became Dungeon Rock.

Fast forward two centuries later when a man named Hiram Marble bought the land and built a house on it for his family. Once settled, he began to excavate the mysterious cave in hopes of finding this pirate loot. Marble was big into the paranormal and believed to receive special instructions from the ghost of Thomas Veale himself about where said treasure was buried. Desperate to find it, he took his son Edwin along with dynamite to the cave for reinforcement. They dug and dug until their deaths, leaving the alleged treasure behind for the next excavator to find.

The cave they dug still exists today and has an iron door that’s only open for a few hours a day. To explore the cave itself, though, a flashlight is needed to navigate its cold, dark and wet climate. Some of Marble’s buildings still exist around the rock. Near a piece of wall is a pink rock, which marks the grave of Edwin Marble. Hiram is buried at Bay Path Cemetery in Charlton, MA. 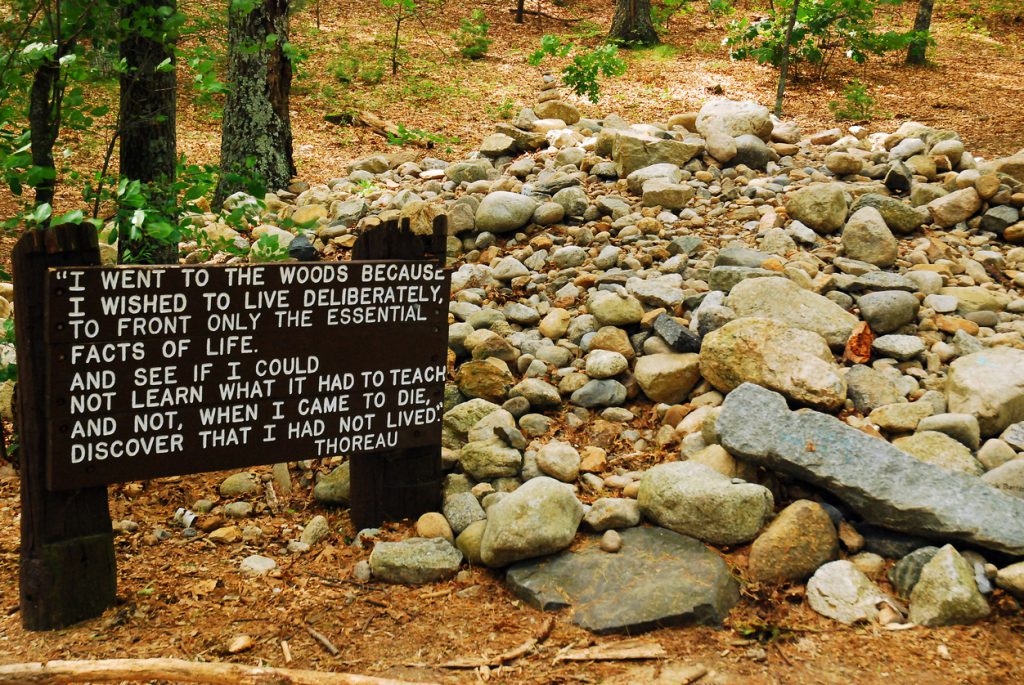 Walden Pond is a destination we love here at RVUSA.com not for its body of water, but for its unnoticed but important significance in American Literature. It’s not the largest lake and probably not the prettiest, but it does have historic significance. During the 1800s, the demand for ice skyrocketed after the invention of the ice box. A man named Frederic Tudor, a Boston native, started a s shipping company that made ice from about ten lakes around Boston, one of them being Walden Pond. Henry David Thoreau once saw harvesters carve into the lake and then wrote “the sweltering inhabitants of Charleston and New Orleans, of Madras and Bombay and Calcutta, drink at my well…” This shows us that Thoreau once lived on the side of the pond, on the property of his mentor Ralph Waldo Emerson. During this time, he wrote Walden; or Life in the Woods.

The pond is a beautiful place to take a dip during the hot summer months. If you decide to visit, take a step back and realize how important the pond is to our history. Your being there will mean so much more. 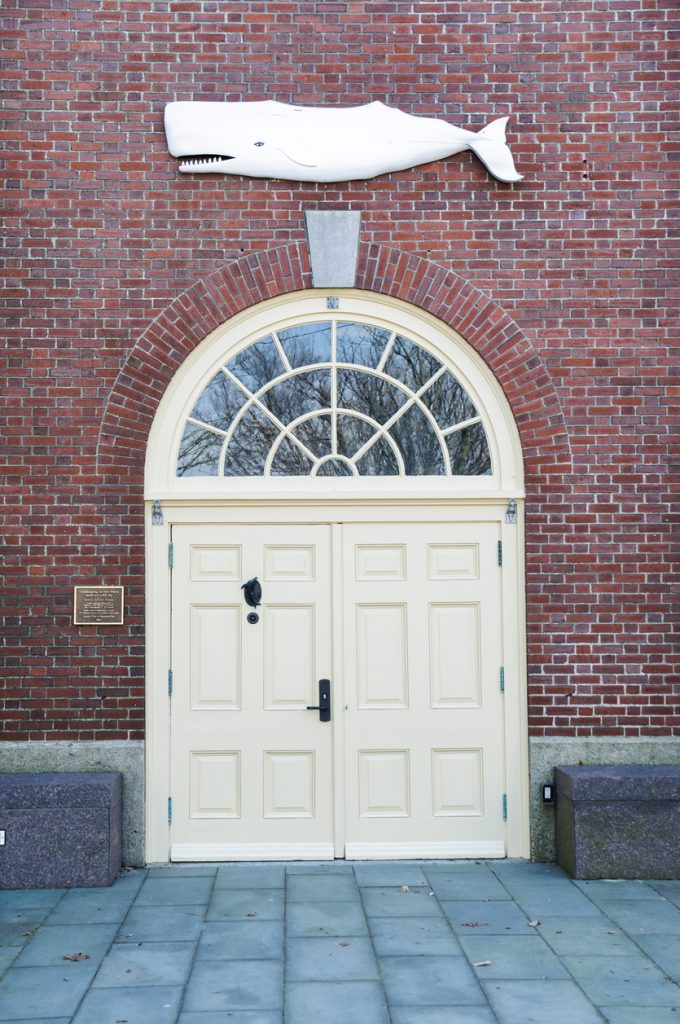 It sounds gross enough to surpass on your trip to Massachusetts, but it’s really worth the risk of slipping and falling! (Just kidding.) at the New Bedford Whaling Museum, visitors can expect to find the most unusual things: cannibal forks, canned whale meat and about 2,500 handwritten messages of whaling voyages. Hanging from the ceiling, you’ll see four whale skeletons, the biggest being a blue whale called KOBO.

KOBO, (King of the Blue Ocean) was accidentally hit by a tanker in Nova Scotia, so they decided to save the carcass for research. He’s one of four blue whale skeletons on display in the world at 66 feet long. Occasionally, KOBO will drip oil from its bones. Whales tend to be so oily that they will drip oils for decades. 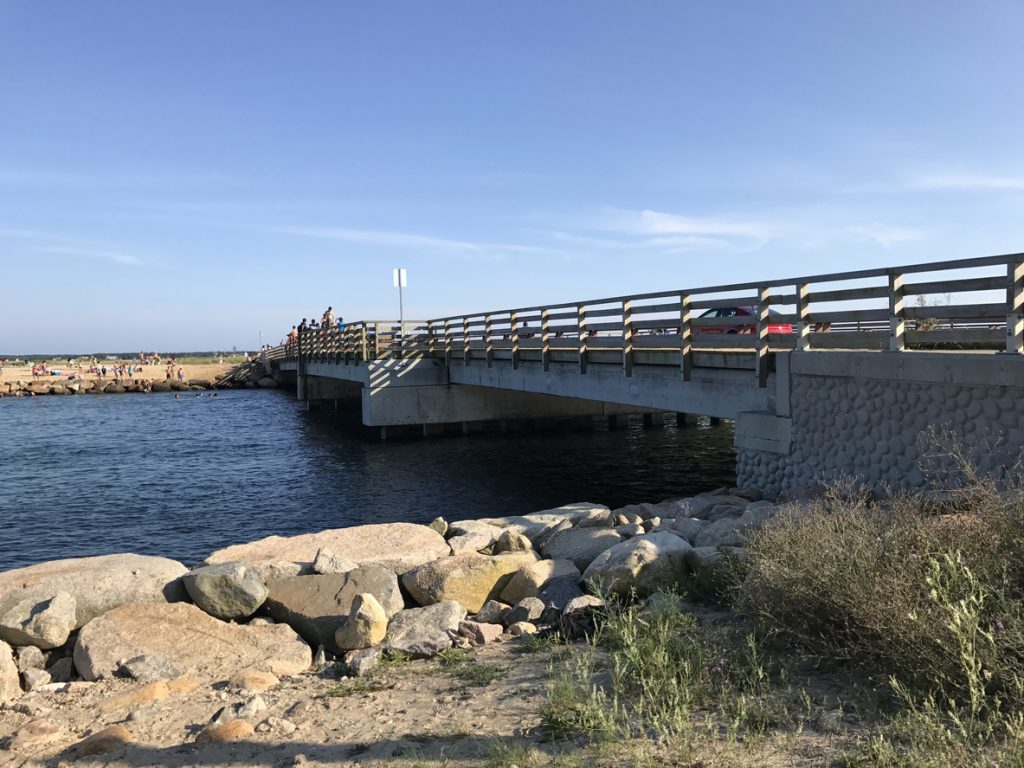 The Iconic bridge from the movie Jaws

Are you a film junkie? If so, you’re probably aware of Jaws Bridge, the location of the shark attack in Steven Spielberg’s “Jaws.” When filming, Spielberg completely overtook the town of Edgartown and the east coast with a huge 24-foot-long shark robot and a small group of beach-goers. Known as the American Legion Memorial Bridge or the “Big Bridge,” the Jaws Bridge connects Edgartown with Oak Bluffs. Though the nickname may say otherwise, the bridge is rather small and has been rebuilt recently. The beach on the ocean side of the bridge, Joseph Sylvia State Beach, is where the rest of that specific scene was shot. 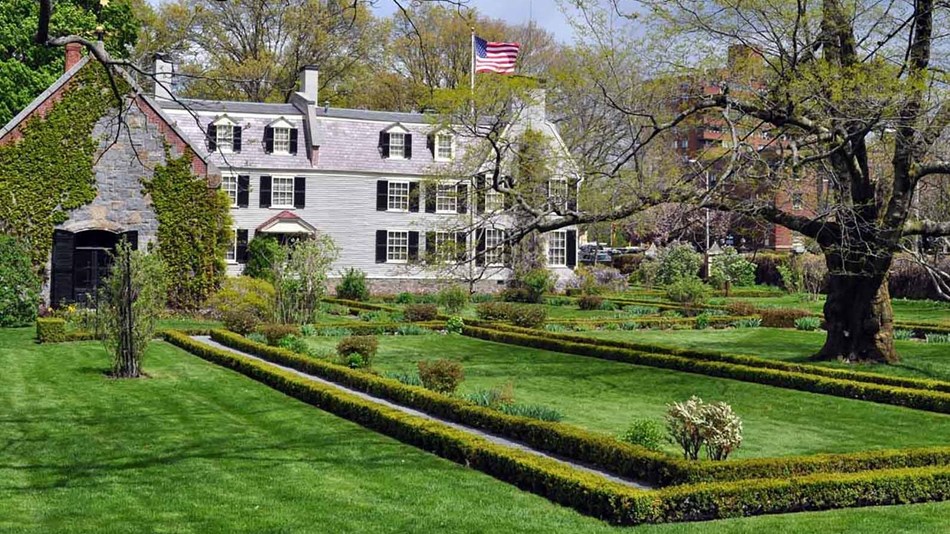 Out of all the things we learn in school about John Adams, we probably were never taught that all he wanted was the simple farm life. The Adams Historical National Park consists of Adams’s childhood home along with his farmstead, “Peace Field” after the presidency, of course. This place displays all aspects of his life. Visitors can see the desk where a young Adams chose his defense against British soldiers, following the British Massacre. Inside Peace Field, you can see the chair he sat in at the parade on July 4, 1826 passed, a mere few hours before his death. When visitors stop by, they get to see the man behind all the history. 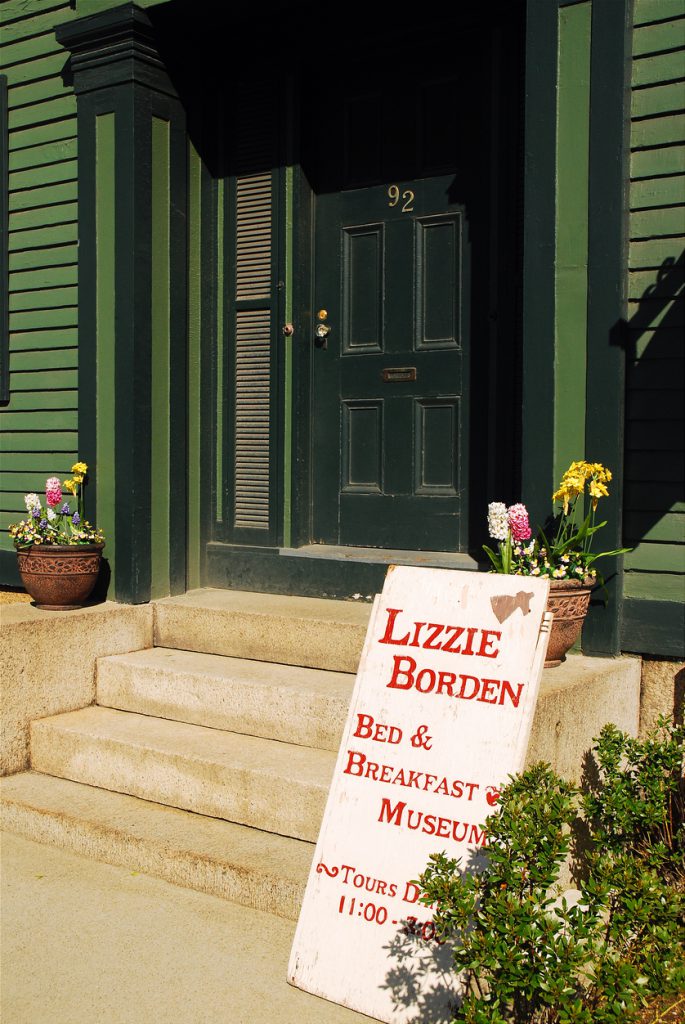 The sad and eerie story of Lizzie Borden states that she was the main suspect of her parents’ murder trial. There’s even a catchy song that helps us remember what may have happened (for some reason): “Lizzie Borden took an axe and gave her mother forty whacks. When she saw what she had done, she gave her father forty-one.”

On August 4, 1892, Andrew and Abby Borden were found dead in their home with several blows to the head. As the story has it, Lizzie was the one who found them and she was the only person around at the time, so she immediately became a suspect. Though she was believed to have personal incentives to kill her father and stepmother, she was acquitted of her crimes and later got out of Fall River in an attempt to start a new life.

Now, the Borden house is a bed and breakfast and museum that is open year round. For those brave enough, Lizzie’s room along with her parents room are available for an overnight stay. Don’t be surprised if any paranormal activities happen!