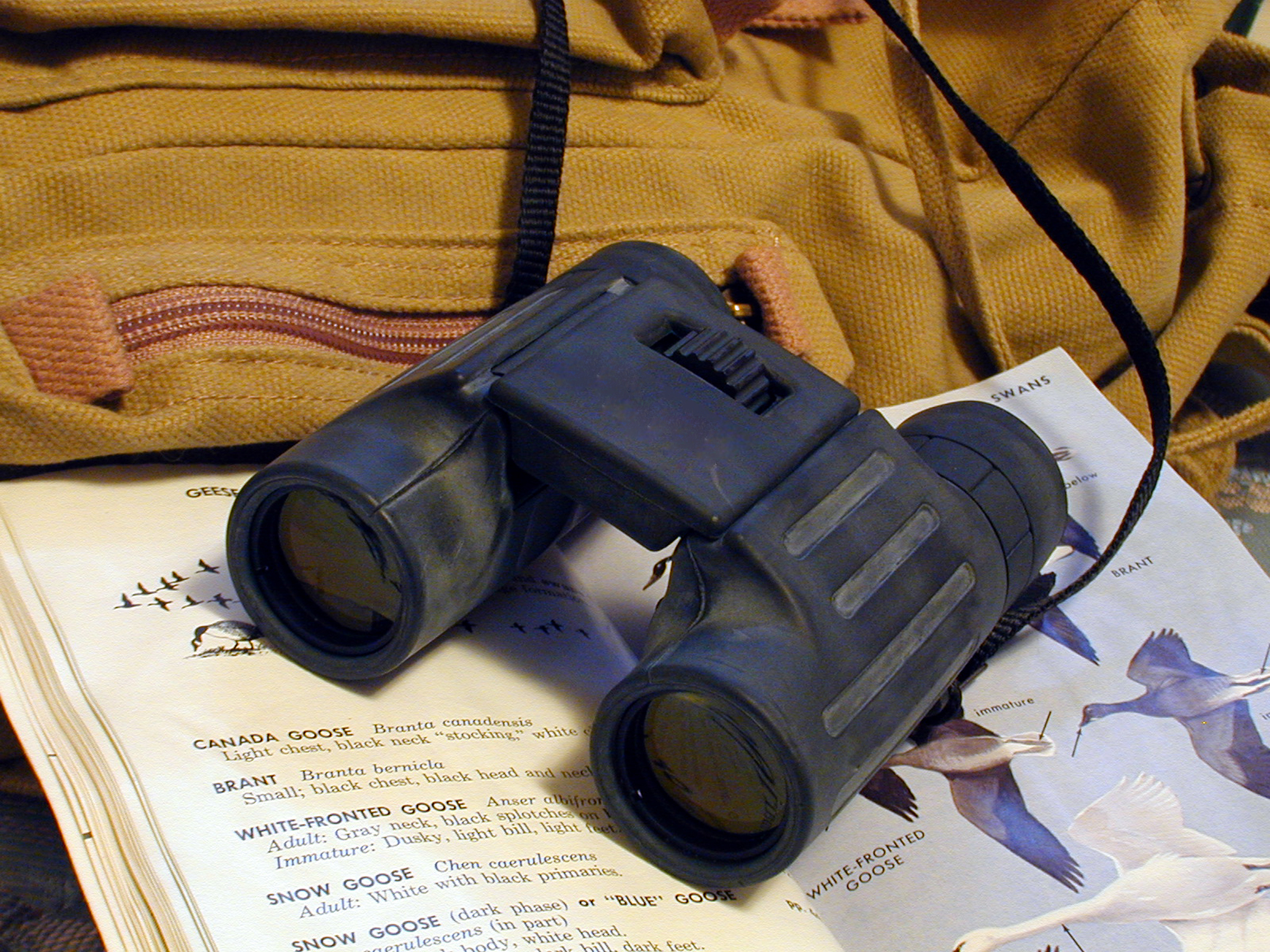 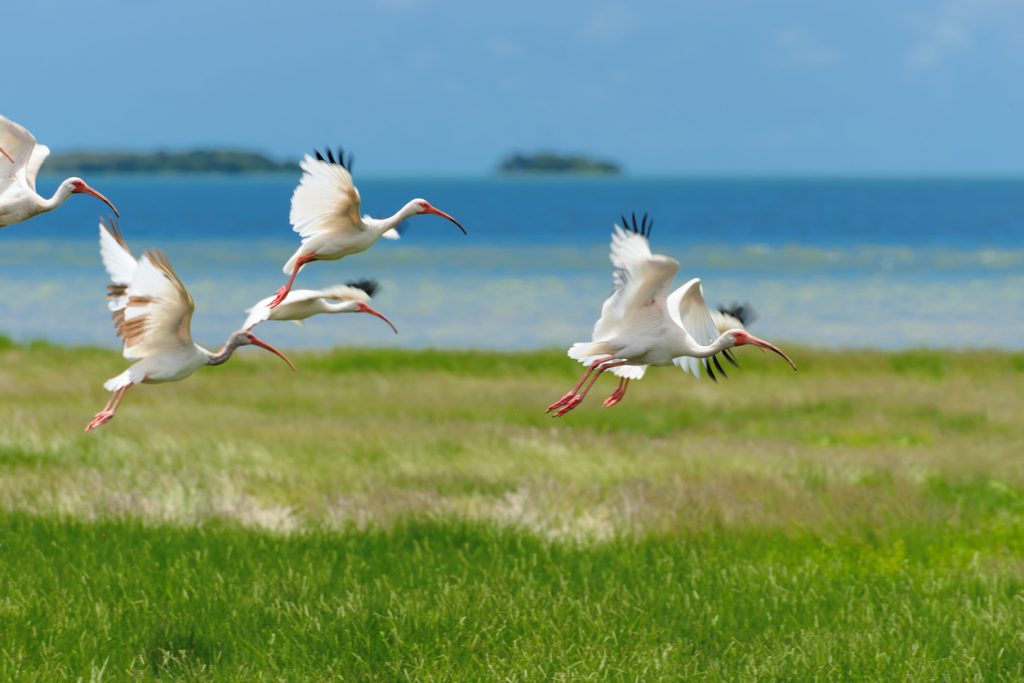 This park in the southern tip of Florida has a long history of birding. One of the reasons that the park became a national park in 1947 was for bird protection. So it’s no long stretch that this is a birder’s mecca. Home to over 400 species of birds that have been recorded there, Everglades National Park will afford die-hard birders with the chance to see regulars like Snail Kites, Smooth-billed Anis, and White-crowned Pigeons and much more.

Among the other birds to be seen here are ibis, egrets, Roseate Spoonbills, Osprey, Sandpipers, Wood storks, Bald Eagles, Royal Tern, Vultures, Barred Owls, Loons, and more. And if you get tired of looking up, looking down will give you a view of the other animals in the park such as alligators, crocodiles, raccoons, bobcats, Red Fox, deer, and if you’re very lucky, the Florida Panther.

Point Reyes National Seashore takes first prize for having the most bird diversity in any U.S. national park with almost 490 species recorded there, which is over 50% of the species of birds in North America. This is due to its perfect location along the Pacific Flyway and optimal latitude as well as the fact that the peninsula sticks out roughly 10 miles seaward makes this an ideal spot for birds to land during their migration. That seaward sticking peninsula is also a great spot for birds to land who have made errors in their navigation, which makes Point Reyes a great spot for birdwatchers to catch a glimpse of some birds that usually aren’t seen in this area of the world.

Some of the best places in the park to see the wide variety of birds that visit here are Bear Valley, Giacomini Wetlands, Limantour, Bolinas Lagoon, Five Brooks Pond, Estero Trail, and Lighthouse Rocks and Cliff areas. 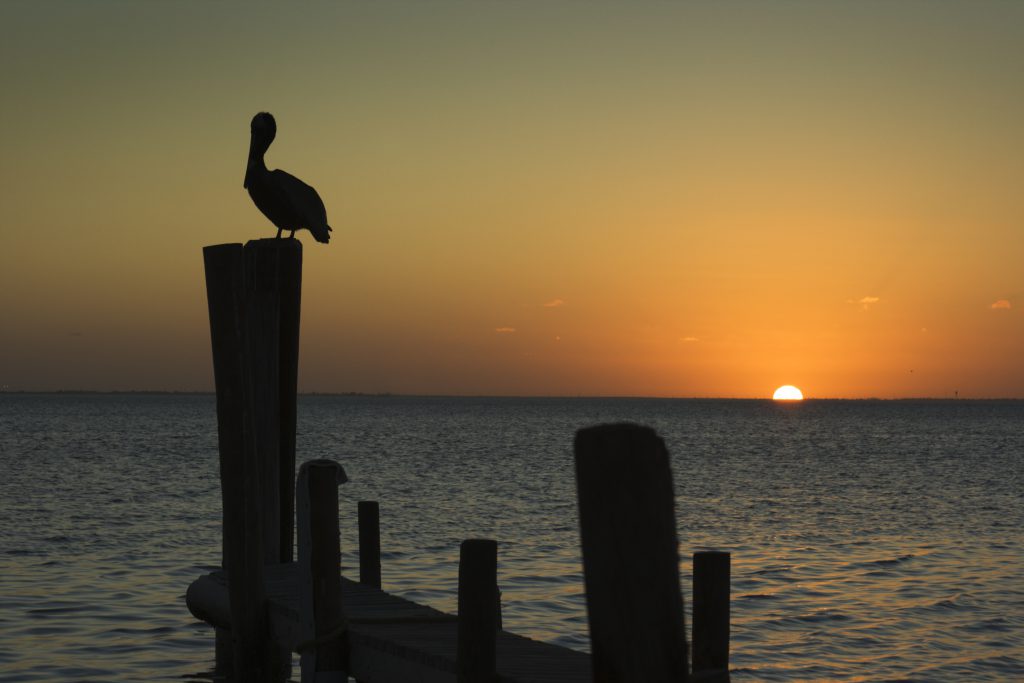 Close to 400 species of birds can be found at Padre Island National Seashore in Texas and if you visit between November and March you can take part in a free 2-3 hour driving tour lead by experienced birding guides. They will help you find and observe the variety of birds that are found there during that time of the year.

The abundance of birds found here are due to the fact that Padre Island National Seashore is located on the Central Flyway, which is one of the major migration routes that birds use during their migration to and from North, Central, and South America. Many other birds use Padre Island as a nesting ground during the winter months.

Some of the species you might see here are the Black Skimmer, the White-tailed Hawk, the Eastern Meadowlark, Sandhill Cranes, snow geese, redhead ducks, and so many more. It’s definitely one of the ultimate spots for birders to delight in the many varieties of birds available to view. 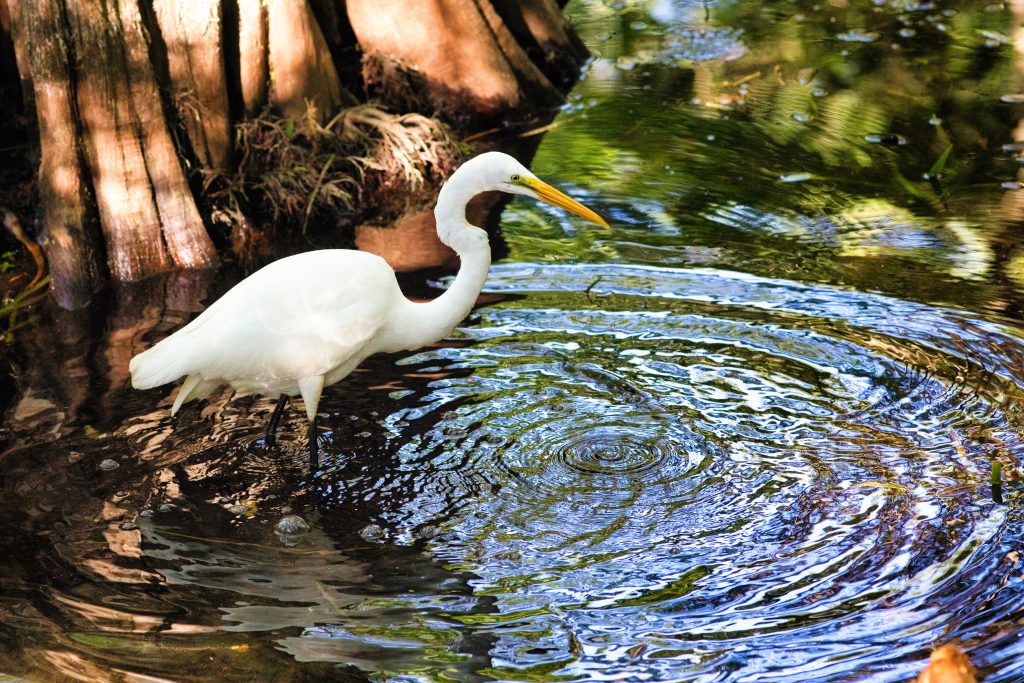 Located in South Florida just 45 miles west of Miami, Big Cypress National Preserve has five different habitats – open prairies, hardwood hammocks, pinelands, cypress swamps, and estuaries – that make birding a delight. Big Cypress was one of the first national preserves in the United States Park System, along with Big Thicket National Preserve in Texas, when it was established in 1974.

This park is probably one of the easiest for viewing birds and wildlife in general. The climate in this part of Florida, though really hot in the summer months, is perfect for seeing a huge variety of birds, alligators, snakes, and maybe even, if you’re very lucky, the endangered Florida Panther. The best place to see birds in this area is US Route 41, which is also known as the famous Tamiami Trail. All variety of birds can be seen just driving this route because the canal runs parallel to the highway making easy to see wading birds.

Some of the birds you will most likely have the pleasure of seeing here are the great egret, snowy egret, belted kingfishers, Wilson’s Warbler, woodpeckers, raptors, blue herons, snail kites, and many more. There is a checklist available, online and at the visitors’ center, of birds that you can see at the park so you can keep track of every one that you have the pleasure of viewing. You can download that checklist here. 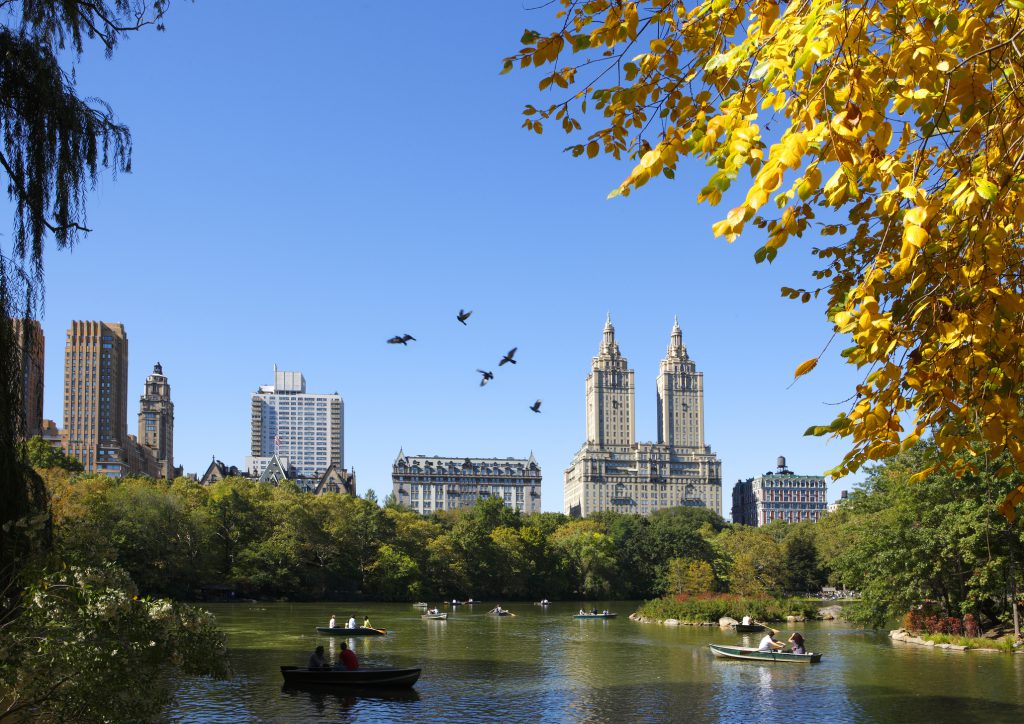 Though many may balk at this addition to a birding article, New York City’s Central Park, is one of the best places to see over 200 different species of birds. Although located in the middle of New York City, the park has many secluded areas for birds to nest and/or rest during their migrations. On any given day you can see bird watchers walking the park with binoculars looking up and there are several bird watching tours you can take part in as well.

At less than one-and-a-half square miles, Central Park packs a lot into its little green oasis. There are three forested areas, seven fairly large bodies of water, some meadows, gardens, and rock outcroppings that all attract all types of birds. An example of the birds you can view here are 10 different species of warblers, Northern Flickers, Cedar Waxwings, Red-tailed Hawks, Peregrine Falcons, Great Horned Owls, Long-earred Owls, Barred Owls, raptors, Ruddy Ducks, Ring-Necked Ducks, Green-winged Teal, grackles, and even the occasional Glaucous Gull and so many more.

For more information about birding in Central Park click here. 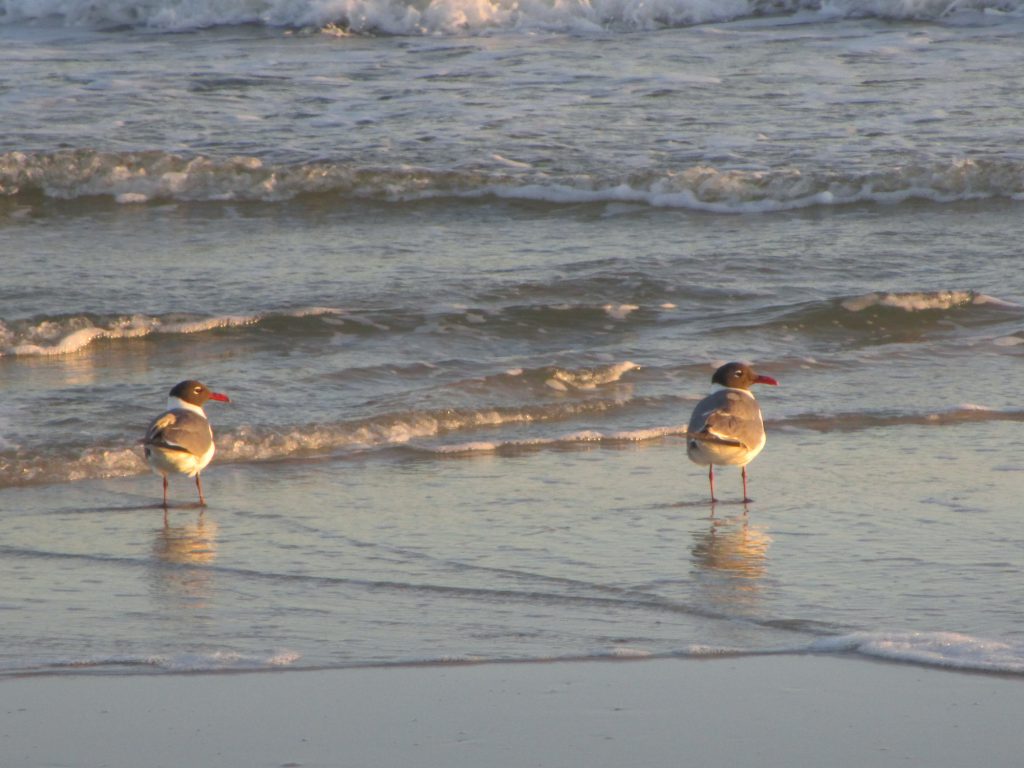 Dauphin Island is a 14-mile long barrier island located off the Alabama Gulf Coast. This is an area that provides excellent bird watching all year round and contains 137 acres known as the Audubon Bird Sanctuary. 420 species have bee observed on this island, as the make their way here during their long migration, looking for food and much-needed rest. The sanctuary has a trail guide and checklist available online here.

The Sanctuary isn’t the only place on the island for birders to view the winged inhabitants that find themselves here. There is also Pelican Point, Cadillac Square, the Goat Tree Reserve, the Shell Mounds, the Airport Marsh, and the West End which are all stops on the Alabama Coastal Birding Trail (ACBT). The Alabama Ornithological Society provides a nice downloadable Birding guide here. 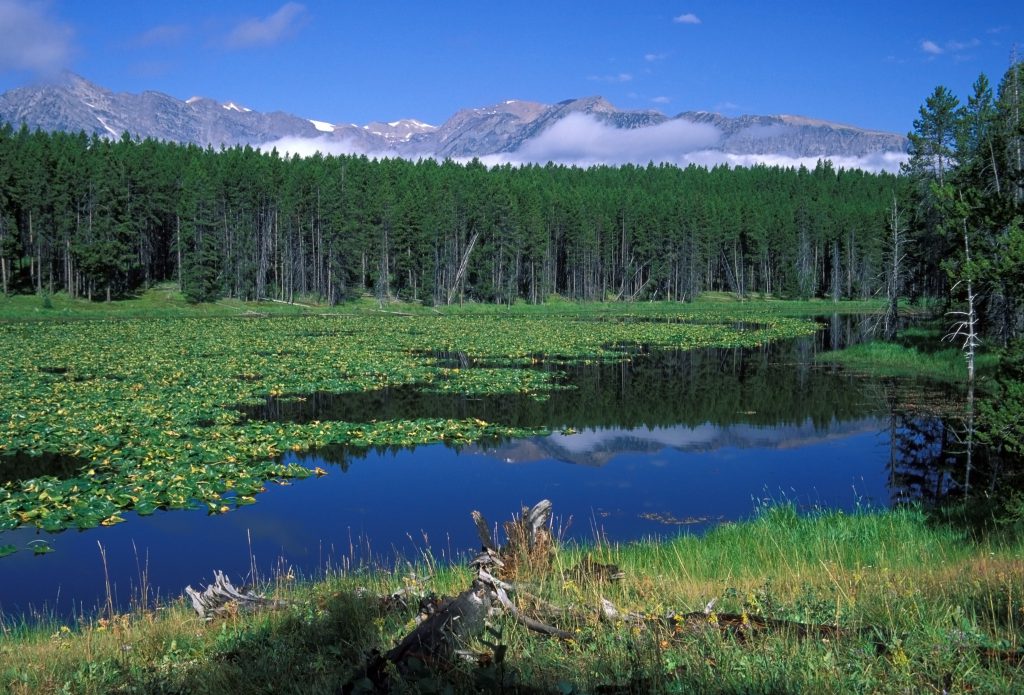 Many a variety of birds and other wildlife can be found on the over 200 miles of land included in Grand Teton National Park. Among the birds to be found here are the calliope hummingbird, the trumpeter swan, osprey, bald eagles, the Western Tanager, the sage grouse, American White pelicans, Bald Eagles, Goshawk, Canada Jay, Golden Eagles, Red-tailed Hawks, and so many more.  The park provides a bird finding guide that you can download here.

There are many places within the park to see birds and other wildlife. Some of the best places are Moose-Wilson Road, Kelly Loop/Antelope Flats, and Signal Mountain Summit Road. Besides all the feathered varieties of wildlife, you can see moose, bear, river otters, Mule deer, elk, bison, pronghorns, and so much more. 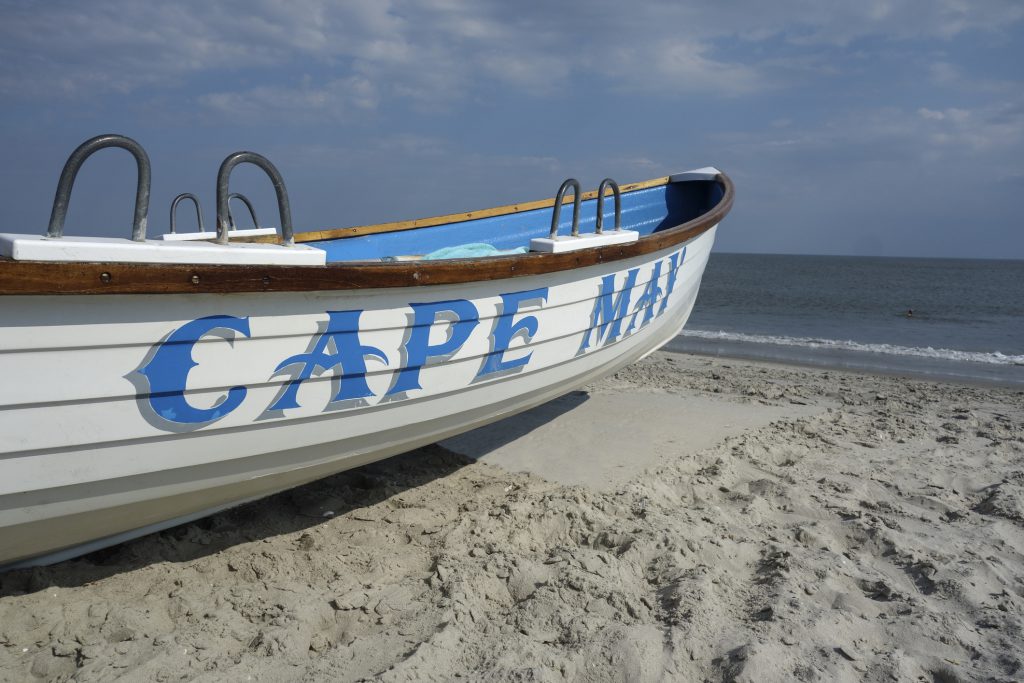 Although bird migration occurs all year round at Cape May, spring and fall are the best times to view the birds passing through and those that inhabit the area full time. It is estimated that close to one-million sea birds pass through Cape May each year and that there are over 140 different bird species that can be seen here. Some of the numerous species that can be viewed here are herons, egrets, Laughing gulls, Scarlet Tangers, Prothonotary Warblers, Yellow Warblers, Osprey, Yellow-breasted Chats, Peregrine Falcons, Bald Eagles, and Red Tailed Hawks just to name a few. 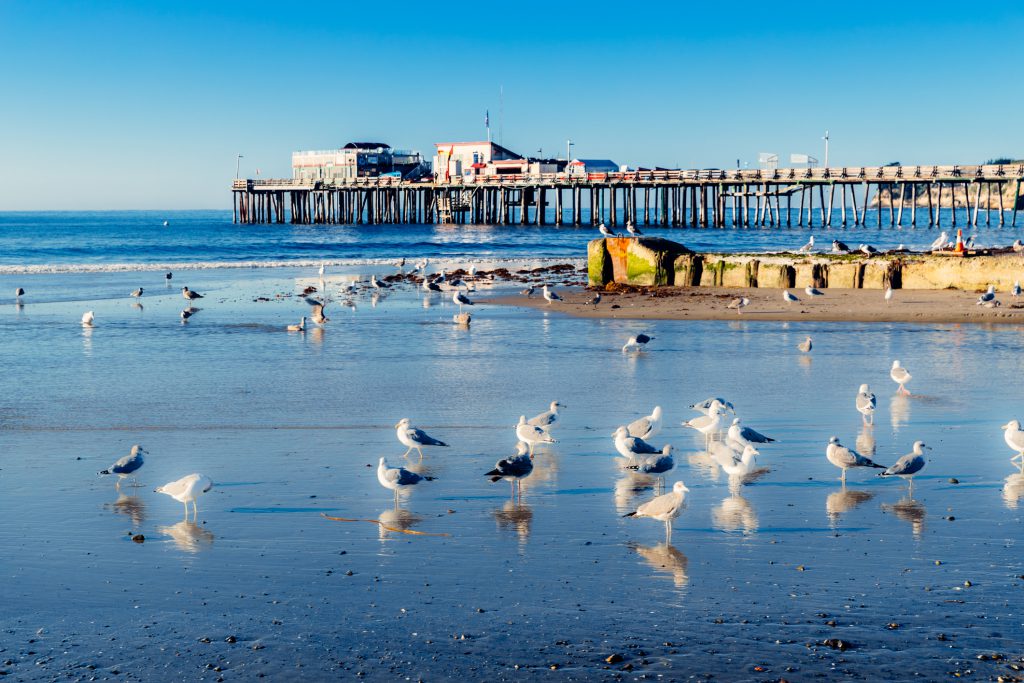 Monterey Bay has one of the biggest bird population in the United States with over 489 species recorded in the area and because of this it’s one of the best places to go bird watching in the United States. This location is so rich in food sources for birds as well as marine life that some birds migrate over 20,000 miles to migrate here in the summer. One of these birds is the Sooty Shearwaters that migrates all the way from New Zealand every year giving it the record for the world’s longest bird migration and they usually bring hundreds of thousands of their Sooty Shearwaters friends with them.

Birding in this are is so popular that they regularly have a Monterey Bay Birding Festival. For more information about this event click here. 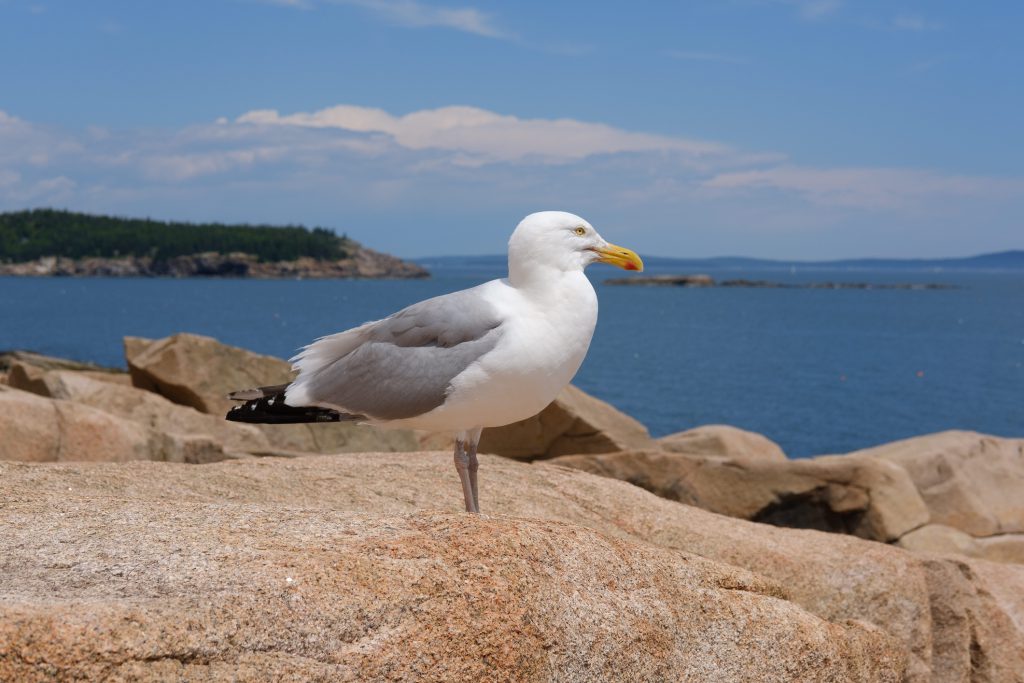 Arcadia National Park located in Maine consists of over 40,000 acres on Mount Desert Island and has recorded over 338 bird species including 23 species of warblers that breed in the park. It is also common to see Eagles, Peregrine Falcons, cormorants, terns, loons, American Osprey, Fish Hawk, Wood Duck, American Wigeon, Green and Blue-winged Teals, Gadwalls, American Brant, and so many more. For a checklist of all the birds (and other species) found in the park click here.

These were just 10 of the top birding sites around the United States. There are so many others to be explored and charted too including your own backyard. For a great listing of the best birding sites in America click here! So good luck finding that rare bird and happy ticking off all the feathered friends you do view whether they be near or far. 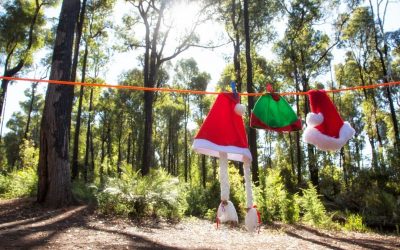 Christmas is coming and while some people will head to their sticks-and-bricks home to celebrate the holiday, many people will load up the RV and head to an RV park to celebrate...