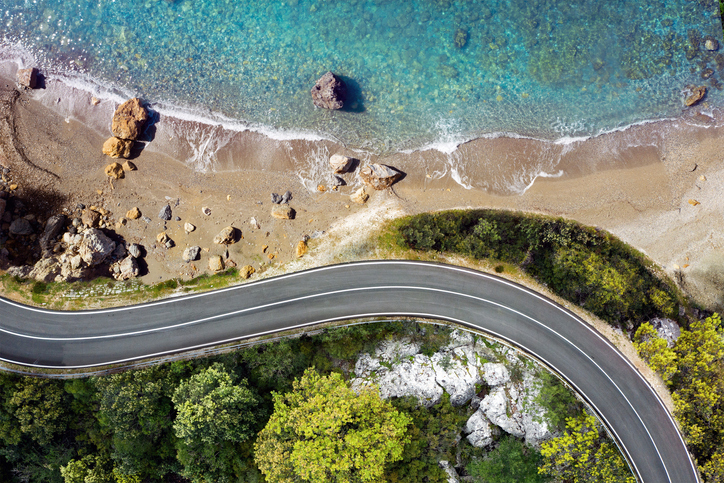 As summer approaches, we’re preparing for long road trips, hiking adventures, and all the wonderful destinations that are perfect during the warmer months. Keep reading for a few of our favorite summer road trip stops! 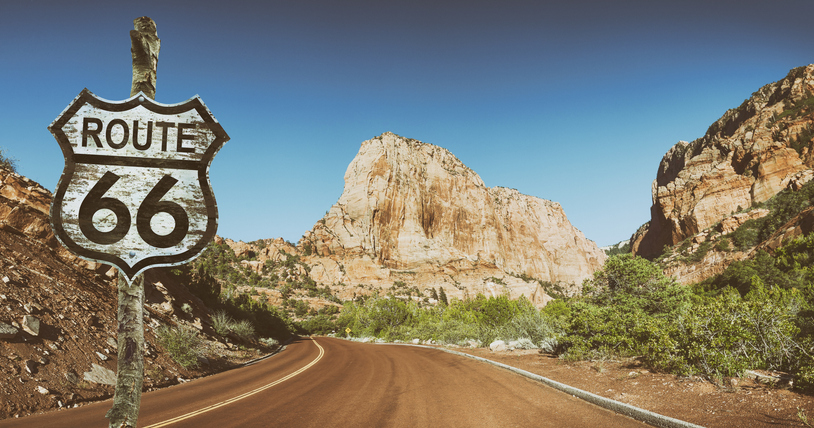 Since its construction in 1926, Route 66 has been the source of fun for travelers, passersby, dreamers and explorers. Also known as the Will Rogers Highway, the Main Street of America or the Mother Road, was one of the first highways that were part of the U.S. Highway System. About a year after its establishment, road signs began to pop up alongside the highway.

Though the original road was 2,451 miles long, it no longer exists on today’s maps since the highway was decommissioned. In certain parts, the actual road is no longer paved and basically impassable. Alas, travelers can still wind down some of the original roads in a car. A perfect and educational summer road trip! 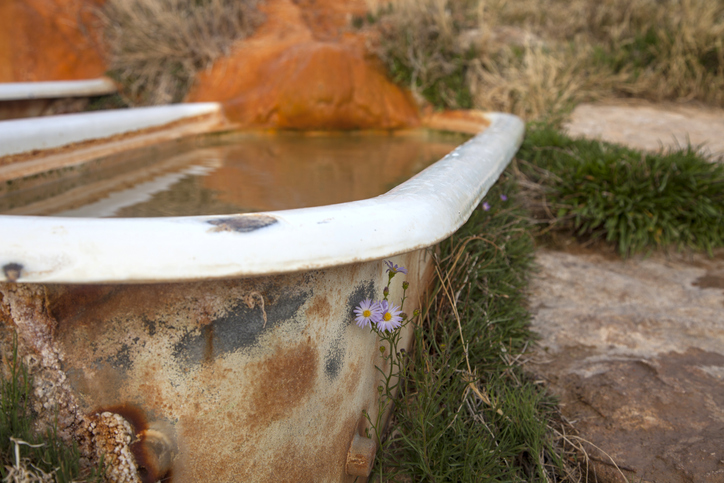 More often than not, you’ll find visiting a hot spring on bucket lists around the world. Utah’s gotcha covered! And though one man decided to install bathtubs in the Utah desert floor to reap the benefits and powers of a natural hot spring, the Mystic Hot Springs’ water has been running for millions of years.

It was Mike Ginsburg that chose to add the bathtubs to the resorts in the 1990s. He found the place while returning from a Grateful Dead show, and after inspection of the area, he bought the whole resort. Using his artistic side, Ginsburg came up with quite a few new soaking areas, like the iconic bathtubs which he built right into the land as if they had been there since the beginning of time.

Today, the springs are still welcoming those who want nothing more than to chill out in the mineral-filled water bubbling up from the ground. If you want to check out the springs, there are areas you can use to set up camp, or you can stay in one of the cabins or fitted buses. 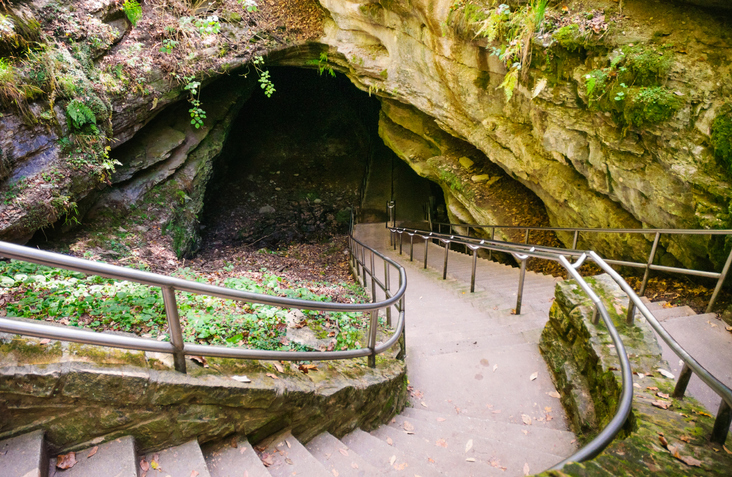 Mammoth Cave in Kentucky is the world’s longest cave, which is how it got its name. If the second and third-longest were combined, Mammoth Cave would still outgrow it by over 100 miles! About 390 miles of the cave have been explored, beginning between 2,000 and 8,000 years ago.

The National Park offers tons of activities once you arrive at the cave. For spelunkers, the Wild Cave Tour requires knee pads and headlamps while climbing, slipping, and crawling through untouched passages.

Other tours are electrically lit, though visitors must carry their own lanterns in some areas. Another option is to see the underground river at the lowest point in the cave. Unfortunately, boat tours were stopped in the 1990s due to contaminations.

Find a parrot and eye patch and head on over to Pirate Land, where you’ll get to choose your oceanfront view from 180 acres of camping land. The list of activities and amenities at this place is endless! Feel at home by visiting the 10,000 square foot Welcome Center.

Once you settle in, head down to the 510-foot lazy river and begin the relaxation process the right way! Grab some snacks at the fully stocked Camp Store to refuel, then use the rest of the day to shoot some hoops at the basketball court, or stay in the water by checking out the indoor heated pool and splash around at the new Pirate Ship Splash Pool!

With all the perfect summer activities and the most scenic view of the Atlantic Ocean, Pirate Land should definitely be at the top of your summer to-do list! 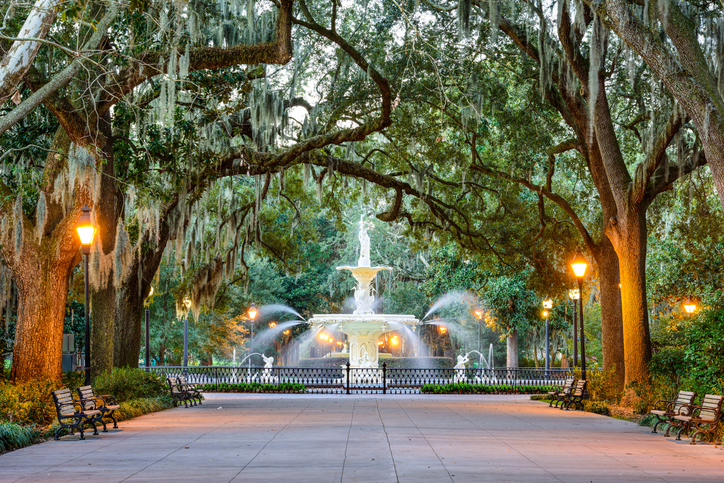 Savannah, Georgia is probably one of the most popular travel destinations because the historic downtown is built on top of hundreds of cemeteries. It’s a place where spooky ghost tales and supernatural stories are available if you want a bit more than trick-or-treaters for Halloween.

But those who are ready to be scared can hit up all the good ghost tours and check out the Mercer Williams House where a murder even took place. There’s also the Bonaventure Cemetery where the witty ones can look at the headstones through the massive, moss-draped oak trees. 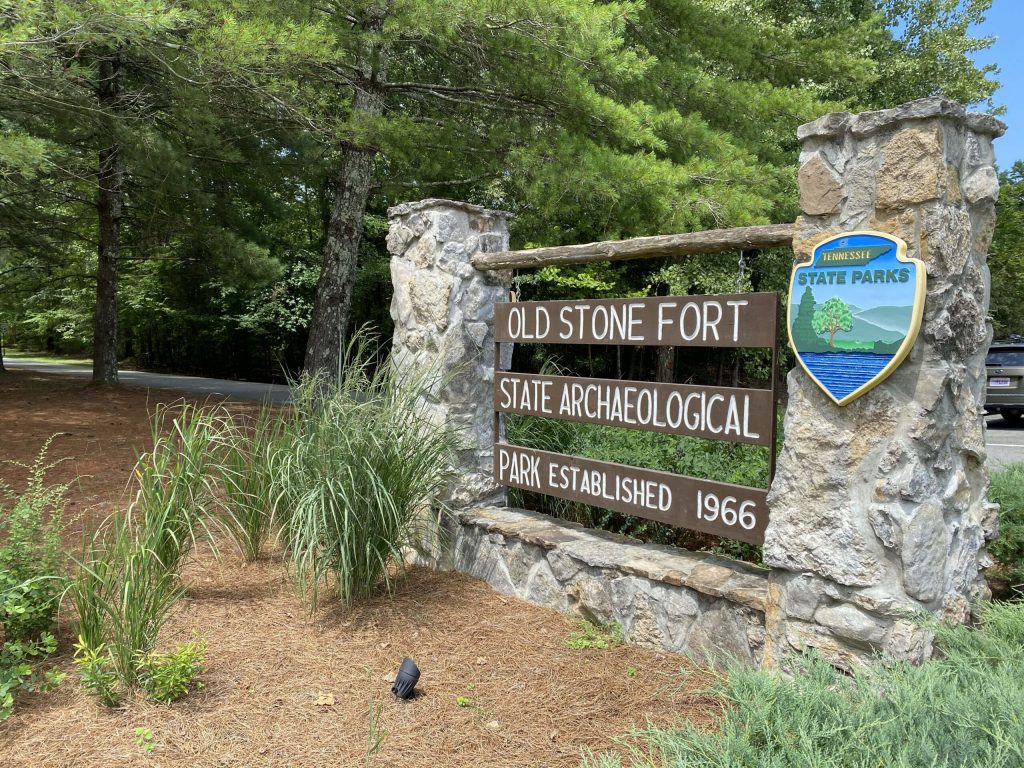 Traveling through Middle Tennessee? If you are, Old Stone Fort should be at the top of your Tennessee destinations list. There are a few things that are worth your time in Manchester, one of them being Old Stone Fort.

This is a really cool place to visit even if you don’t like being outdoors. It has hiking trails that vary from easy to difficult, a huge waterfall that is quite literally picture-perfect, a small museum, and, of course, a campground.

The views and scenery are great, but it’s the rich history that is truly amazing. The area was excavated several times to find clues on its origin, but the excavation in 1966 revealed, with the help of charcoal samples found within a wall, that it may have been built as early as 30-430 A.D. Some say it was built for defense. The digs from 1966 say it was more for religious or ceremonial purposes.

There’s something to be said for huddling around a campfire with your closest friends and family while snacking on s’mores, chili, and hot chocolate. When the colder months are...